Divisive by Disturbed: A Welcomed Return to Form 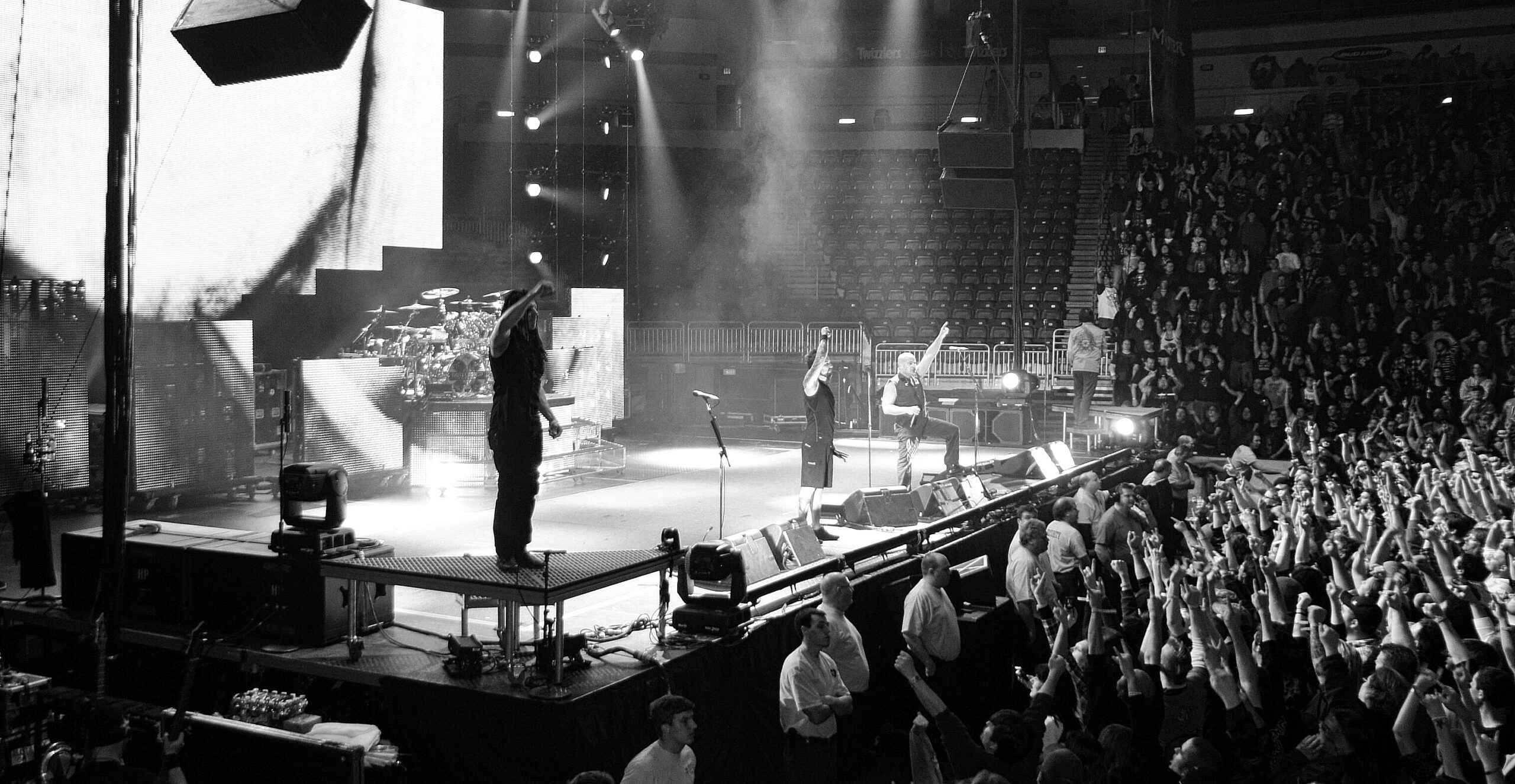 “Evolution” received mixed reviews from music critics due to the album’s softer sound. While the record contained several heavy songs such as “Are You Ready” and “No More,” it also contained a selection of ballads and slower songs such as “A Reason to Fight” and “Hold On To Memories” that fans argued would fit better on an acoustic EP rather than a full LP.

Leading up to “Divisive,” the band released the hard hitting single “Hey You” on July 14, followed by the promotional singles “Unstoppable” and “Divisive.” The collection of tracks gave fans high expectations that the album would be a return to form, and it did not disappoint.

In an interview in late 2020, lead singer David Draiman said that he wanted the new Disturbed album to be “blisteringly angry,” considering everything going on in the world with the pandemic, and the Chicago heavy metal group accomplished exactly that with “Divisive.”

Choosing to prioritize quality over quantity, “Divisive” is the band’s shortest album to date with a runtime of 38 minutes. The album opens with “Hey You,” which would fit right in on “Indestructible,” their fourth album released in 2005. “Bad Man,” the second song on the album, is a catchy track that continues the hard hitting punch that “Hey You” provides. The song highlights innocents at the mercy of a bad man, which listeners can assume is directed at Russian president Vladimir Putin’s invasion of Ukraine. The title track comes in at track three, and the song discusses how “hyper-polarity” has influenced everything people do in life. This track stood out to me at first listen and is the band’s best promotional single since “The Vengeful One,” which was released prior to the album “Immortalized” in 2015. The next several tracks “Unstoppable,” “Love to Hate” and “Feeding the Fire” continue the band’s theme of blistering angry tracks that have been a recipe for success for over 20 years since the release of their debut album “The Sickness.”

The band takes a break from the heavy sound for the stripped-back ballad “Don’t Tell Me” featuring Heart lead singer Ann Wilson. She has expressed interest in collaborating with the group since 2015 when their cover of “Sound of Silence” became a huge hit around the world. Inspired by guitarist Dan Donegan’s divorce in late 2021, “Don’t Tell Me” has the potential to be another huge mainstream hit for the band, who have had plenty since their return from hiatus in 2015. The duet between Wilson and Draiman is a first for Disturbed, as it marks the first time that they have featured a guest vocalist on a track. Perhaps with the success of this track this is something that they consider doing more in the future.

The album closes with “Take Back Your Life”, “Part of Me” and “Don’t Back Down,” and the band doesn’t miss a beat, continuing to go back to their roots with Draiman even channeling his inner “Down with the Sickness” with his famous line “Ooh-wah-ah-ah-ah” returning around the 2:28 mark in “Part of Me.”

Divisive debuted at number one on the Hard Rock Charts in the United States and number 13 overall selling 26,000 copies. Across the world, it charted in the top ten in Australia, Canada, Germany and New Zealand. In the day of age where rock album sales pale in comparison to the past, this is an impressive feat for the band and is a testament to their loyal fanbase that they have built over the last 20 years.

Overall, the album is a welcomed return to form for the Chicago metal pioneers, and I would put this record up there with “The Sickness,” “Indestructible” and “Ten Thousand Fists.” Songs such as “Don’t Tell Me”, “Divisive”, “Hey You” and “Bad Man” figure to be live staples for years to come and figure to fit well alongside classics such as “Down With the Sickness”, “Stupify”, “Stricken” and “Inside the Fire”. While I am a fan of both “Evolution” and “Immortalized,” (especially the band’s cover of “Sound of Silence”) I would rank “Divisive” as the best record the group has put out since returning from their four-year-long hiatus in 2015. The record is consistent and contains little filler, unlike the other albums which boast several forgettable tracks.

“Divisive” is out now worldwide! Get it at a record store near you or listen to it on your preferred streaming service!