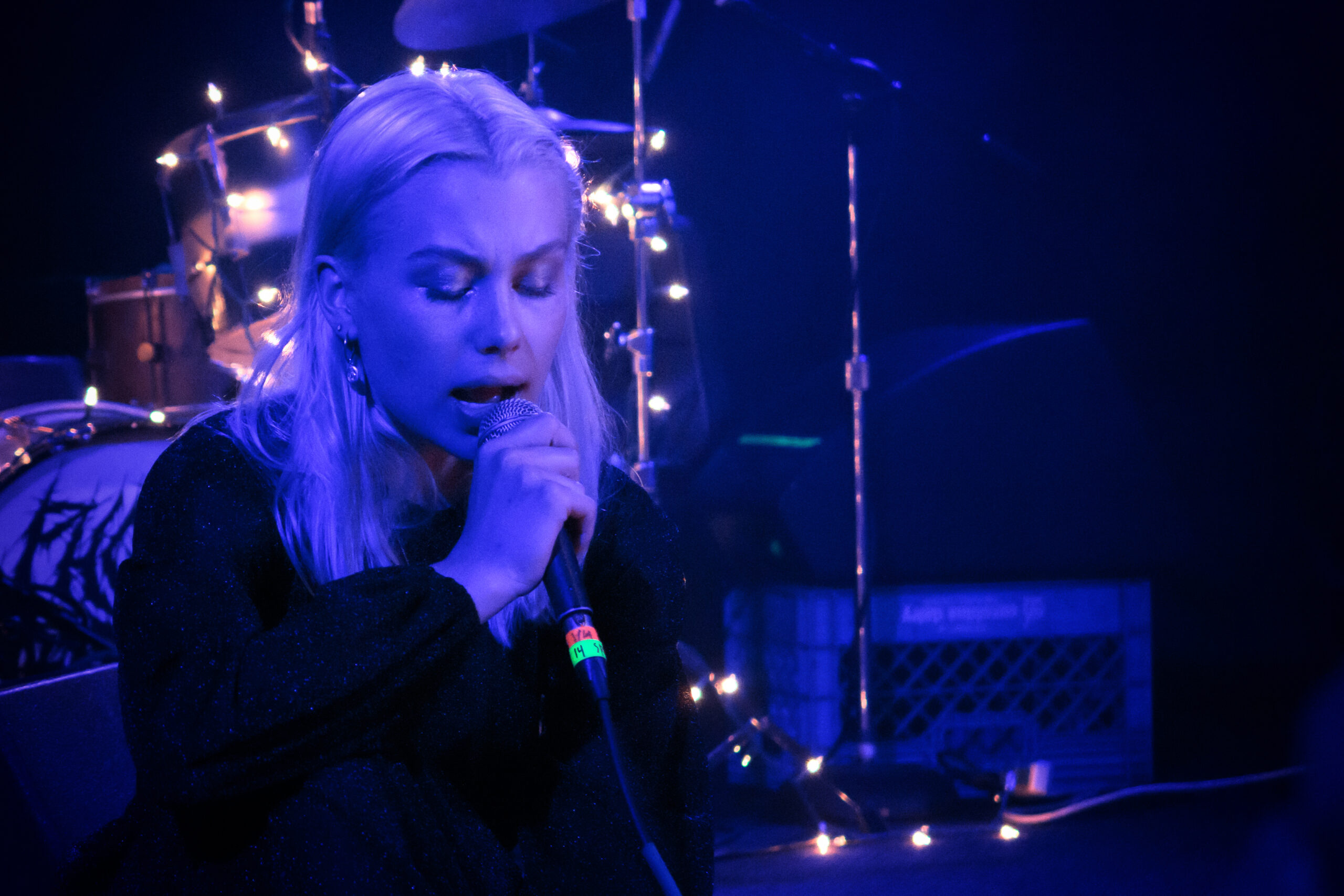 Each winter Phoebe Bridgers fans anticipate the artist’s release of a devastatingly beautiful Christmas cover song, and this year’s release, “So Much Wine,” marked the sixth year of this tradition.

The original song had been released by husband-wife duo The Handsome Family on their 2000 album “In The Air.” Ironically enough, Bridgers’ cover features backup vocals from her fiance, actor Paul Mescal. However, Bridgers’ cover takes on a different genre than the original song. While Bridgers has experimented with folk sounds in her music previously, this cover sounds more like her known style, simple guitar strumming with more significant vocals. The original song is highlighted by its use of the banjo, guitar and harmonica. In her cover, Bridgers opts for just her guitar, the fiddle and whistling, which of course coincides with her delicate vocals.

Bridgers’ has never been one for the traditional holiday song. “So Much Wine,” follows the story of someone with a loved one, whether a partner or family member, who is struggling with alcoholism/addiction. The song sets the holiday setting by opening with the line, “I had nothing to say on Christmas Day/ When you threw all your clothes in the snow/ When you burnt your hair, knocked over chairs/ I just tried to stay out of your way.”

The stress of the holidays is something that most people feel. Those battling addiction or those who have a loved one who is, usually feel most impacted around the holiday season. American Addiction Centers reports that 29% of people said they drink more during the holiday season. The chorus of the song goes, “Listen to me, Butterfly/ There’s only so much wine/ That you can drink in one life/ And it will never be enough/ To save you from the bottom of your glass.”

The National Institute on Alcohol Abuse and Alcoholism had reported more than 6% of adults have an alcohol use disorder, which is about 1 in 12 men and 1 in 25 women. Alcohol addiction is a severely untalked about topic in music and society. In an interview with Pitchfork, Bridgers remarks that she has been surrounded by addiction all her life through her father, partners and friends. While she has not been impacted by it herself, she has felt impacted by it affecting her loved ones. She said she had attended a support group called Al-Anon for people who had been impacted by others’ addictions.

Calling attention to social issues through music is something that Bridgers is no stranger to. In 2021, Bridgers’ covered “Day After Tomorrow,” originally by Tom Waits. The song is from the perspective of a soldier who is set to return home soon but has been questioning and reflecting on his time in the army. Her 2020 cover, “If We Make It Through December,” reflects the hardships of unemployment and poverty during the holiday season.

Bridgers’ release each year doubles as a way to raise money for charity. On the streaming service Bandcamp, listeners have the option to purchase the song for an amount of their choosing, and the proceeds will go to a charity or organization. Bridgers announced this year’s proceeds will go to the Los Angeles LGBT Center, an organization assisting LGBT folk with services such as healthcare and housing, as well as treating substance abuse. Earlier this year, Bridgers held a similar fundraiser with “Iris” by the Goo Goo Dolls, and the proceeds donated to The Brigid Alliance, an organization making abortion more accessible.

Bridgers is known for her “sad girl” singer-songwriter style of music, and makes no exception for the holiday season. However, this reflects the belief that not everyone has a ‘Merry Christmas’ or a ‘Happy Holiday.’ Societal struggles still persist during the holidays. Mental health is just as important on Christmas day as it is on any day, and we cannot deny talking about these topics. Bridgers’ reflection of the holidays through the perspective of a soldier, an unemployed parent, the loved one of an alcoholic, makes these topics less taboo.

The link to Phoebe Bridgers’ cover of “So Much Wine” can be found here https://phoebebridgers.bandcamp.com/

Kelly Wallace is a second-year Media & Culture major with a minor in Journalism. kw978394@wcupa.edu