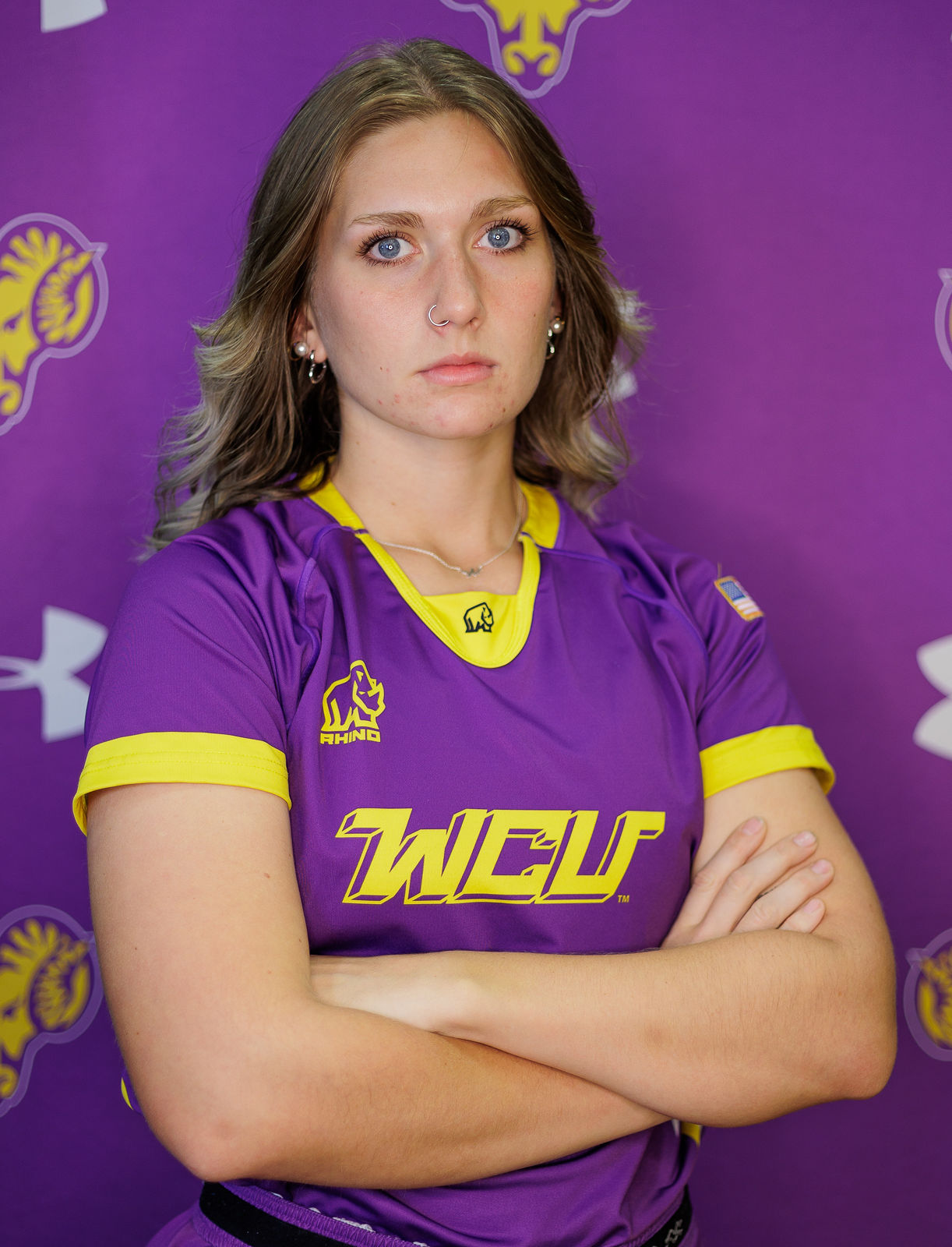 After five years playing for West Chester University Women’s Rugby, co-captain Bayla Shindledecker has become a regular starter and shown her desire and determination to be her best.

Shindledecker joined the Golden Rams in the 2018–19 season after four years of high school rugby with the Kiski Valley Titans.

She struggled in her first year, but adjusted the next summer and came back better.

“Over the summer, she had dedicated herself to being the best rugby player and leader she could be,” head coach Anthony DeRemer said.

In her sophomore year, Shindledecker earned an Award of Excellence and the Most Improved Player.

“Her transformation set the tone for her athletic career and also changed the path of other athletes on her team,” DeRemer said.

She is a strong runner for the Golden Rams. She has an incredible rugby IQ.

“When she has the ball, she knows exactly what to do with it and when,” senior Olyvia Eckard said.

She has mainly played prop and lock, but has also played hooker. She is a versatile player who succeeds in both 15s and 7s. She plays an aggressive game, but is also a problem solver.

“She is a great leader for the team,” Eckard said. “If we are on or off the field and there is a problem I know she’ll be able to solve it and help the team.”

She dedicates herself to being the best she can and is constantly working towards being her best.

“The confidence that Bayla brought, along with her desire and determination to be her best, inspired many of her teammates to follow her lead,” DeRemer said.

She consistently does well at the very basics in rugby, which builds into the rest of the plays. Shindledecker works hard in the rucks.

“She also is great at the breakdowns when it comes to rucking or poaching,” Eckard said.

Shindledecker has excelled throughout her college career and solidified herself as one of the best players. She has worked hard on and off the field to get where she is today.

“Bayla has been an awesome player and captain and with the traits that Bayla possesses, I have no doubt that she will go on to do great things in the world,” DeRemer said.

“She is a great leader for the team,” Eckard said. “If we are on or off the field and there is a problem I know she’ll be able to solve it and help the team.”

“Bayla’s career has been one of leadership, determination, dedication and the pure will to succeed,” DeRemer said.

“After struggling as a freshman, Bayla returned for her sophomore year a changed person and player,” DeRemer said.

“Bayla was elected captain for several years and has always led by example,” DeRemer said.

“She wears her heart on her sleeve and cares so much about the success of her team, her teammates and the rugby program at WCU,” DeRemer said.

Ty Hickey is a second-year media and culture major with a Chinese minor.