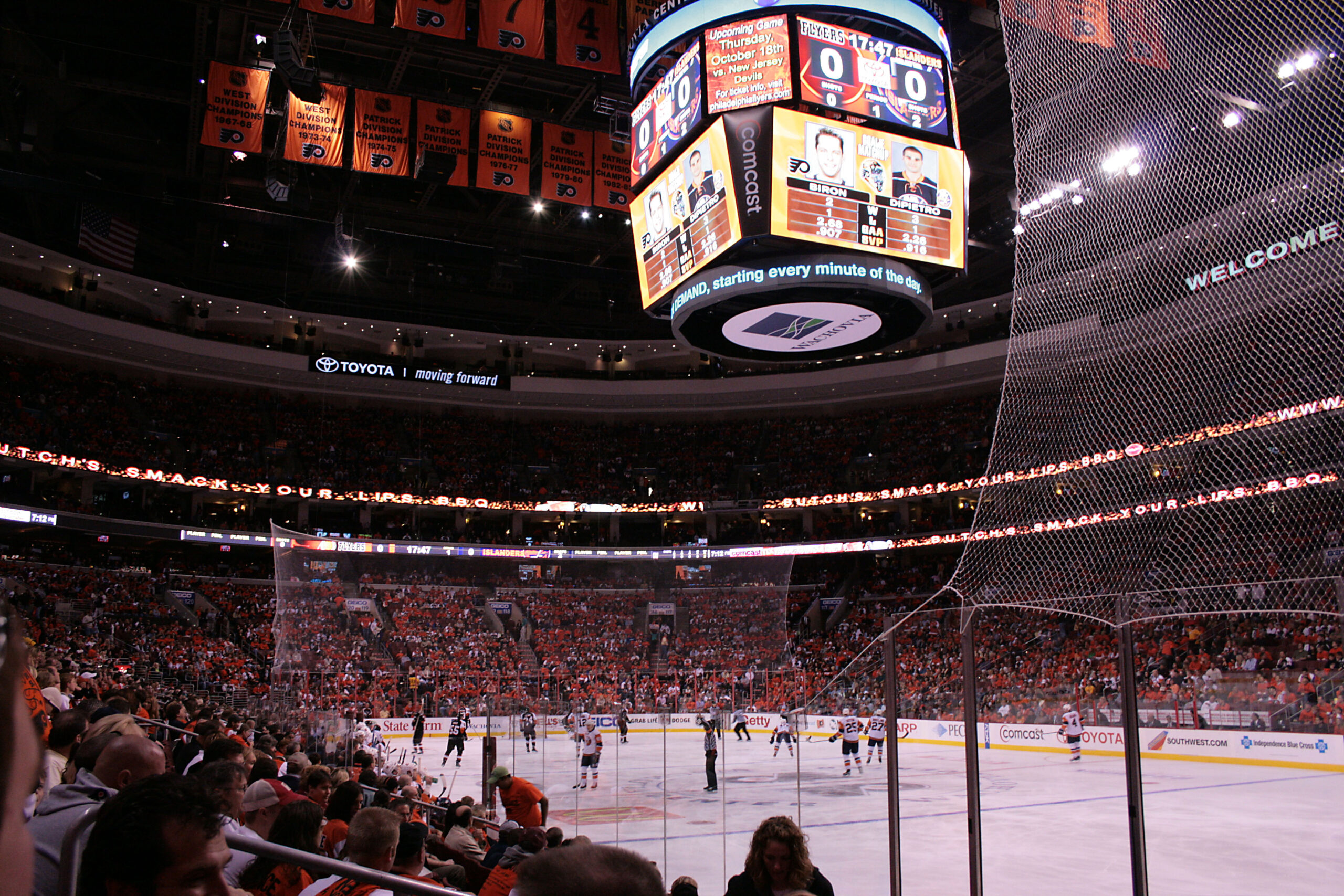 Philadelphia is one of just 13 cities that hosts teams in all of the Big Four major sports leagues. With hockey being the least popular, and with the Flyers having to share an arena with the Sixers, it’s easy to see how they can go unappreciated. But their fan base is just as loyal as the other Philadelphia teams.

This loyalty has been put to the test time and time again. Having not won a Stanley Cup since the 1975 season and not being in the Stanley Cup Finals since 2010, the past decade plus has been hard to stomach for fans. They are currently on a two-year playoff drought where they lost in the conference semifinals. This has been a consistent trend for the team where they either miss the playoffs or get eliminated early. When discussing these shortcomings, Flyers fan Gavin Mcginnis commented that “a few years back they had a good chance until COVID hit and it’s been a rocky road since then.”

And as lifelong fan Lex Timlin puts it, “When everyone hears I’m still a Flyers fan they immediately just say they suck.” This is a common reaction of Philadelphia fans when their teams are performing poorly. They have high expectations going into every season, and when those expectations are not met, they begin to side against whoever is performing poorly on the team. This was evident when the team began the year with a sterling 3-0 record, and fans began to get optimistic, but when they cooled off to their current record of 7-6, the yearly “we suck” statements began to reemerge.

But on the plus side, there are other things to look forward to for the fans besides just the wins and losses column. It is thrilling as a fan to see the players that you have grown accustomed to improve.

“It’s nice to see Carter Hart improve over the years,” Timlin said when asked about the youth on the roster. Hart is 24 years old and has been the goalie for the organization since he was drafted in 2018, so fans have been able to see him mature into the player that he is today.

On the other side of the spectrum, it can be just as hard to see players leave that you’ve grown accustomed to over the years.

When discussing these players, Mcginnis mentioned Wayne Simmonds, Claude Giroux and Danny Briere as players that he was sad to see go. Briere left the team in 2013, so he grew up watching him and that brings about a certain sense of nostalgia. Simmonds and Giroux were more recently gone as Simmonds was traded in 2019 and Giroux was traded in 2022. These were staples of the franchise and fan favorites.

But seeing players improve over the years and seeing those same players sometimes have to leave is all part of being a fan of a sports team. That is evident in the fans still showing up and supporting the franchise even in these down years. Hopefully, the team rewards this loyalty with more successful seasons in the near future.