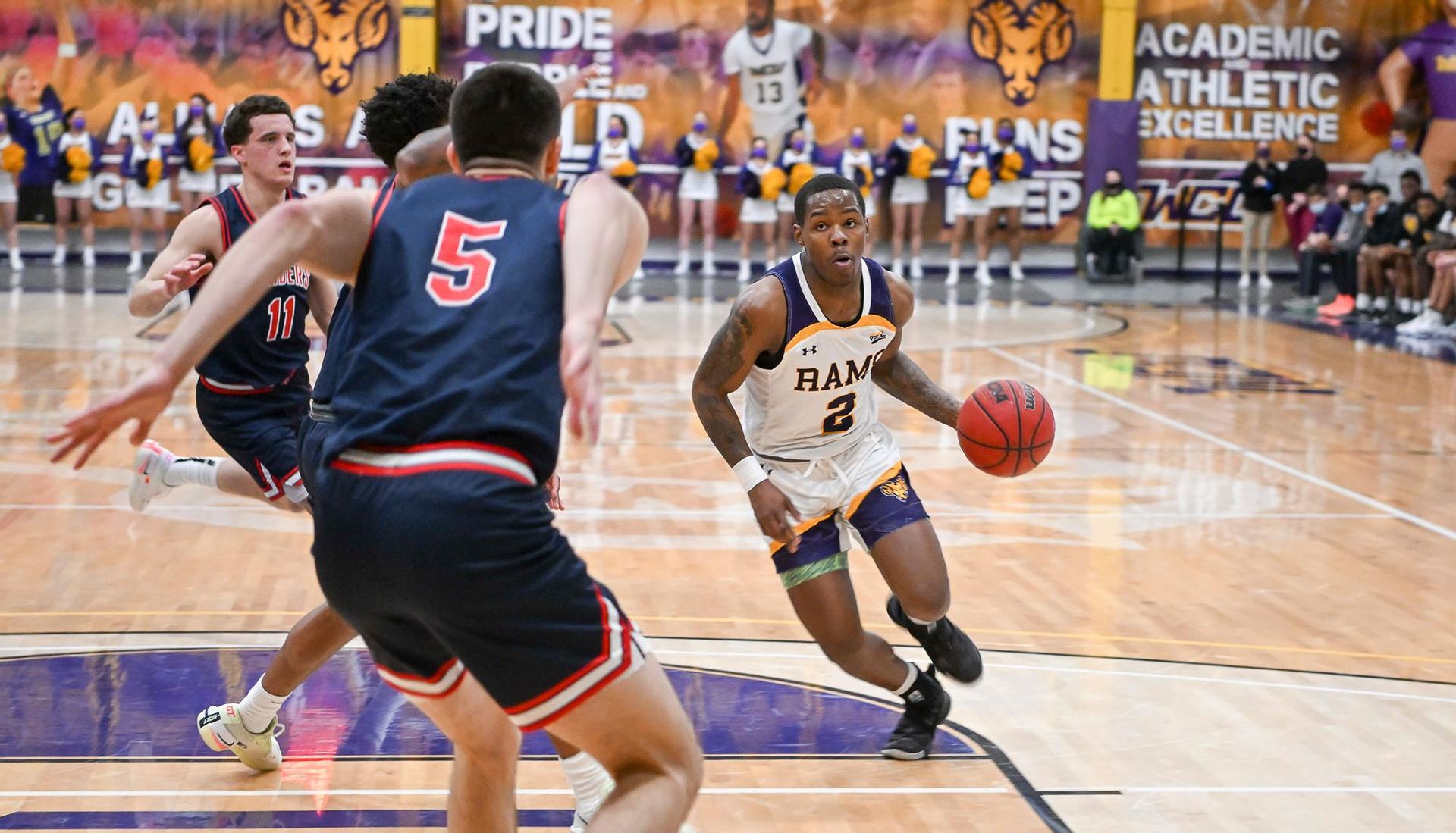 The West Chester University men’s basketball team has gotten off to a great start to the 2022–2023 campaign, winning their first three games for the second straight season.

On Friday Nov.11, the Golden Rams opened up the season with a matchup against Lincoln University. The first half was all West Chester as the team jumped out to a 44-33 lead. They opened up the second half with a 14–5 run to push the lead to 58–38. Lincoln would not back down, outscoring the Golden Rams 36-19 including a three-point shot at the end of regulation to force overtime. The extra period was highly contested, with both teams trading field goals, however, West Chester had the last laugh, as Kyle McGee, junior guard from Jersey City, hit a two-point shot to make the game 83–81 and seal the game for the Golden Rams.

Following this performance, West Chester faced Elizabeth City State University on Saturday Nov. 12. It was a dominant performance for the Golden Rams as they led the game for all but 50 seconds, en route to a 93–83 victory. Robert Smith, a sophomore guard from Philadelphia, led the team with 22 points on 9–13 shooting from the field. He was efficient from the three-point line as he drained four shots on six attempts. Smith is coming off of an impressive 2021 campaign in which he was a PSAC East Second Team All-Conference selection after averaging 14.2 points per game.

Most recently, the Golden Rams faced Virginia State University for their home opener on Nov. 16. The energy was high at Hollinger Field House and West Chester fed off the crowd, cruising out to a 42–34 lead at the end of the first half. The second half was back and forth with both teams trading shots to keep the game competitive. The game featured eight lead changes, and three ties which left fans from both sides on their feet throughout. With the Trojans up 70–68, the Golden Rams would go on to score ten unanswered points which put the game away for good as they would go on to win 85–78. Kyle McGee and Robert Smith carried the Golden Rams on the offensive end scoring 46 of the team’s 85 points in the game. McGee finished with 25 points including 17 in the first half. His performance from the free throw line was crucial in the victory as he contributed nine points from the strike. Smith contributed 21 points to give him an average of 22.3 on the year thus far.

The home opener on Wednesday marked the ninth straight season dating back to 2012 that West Chester opened up with a win at Hollinger Field House. Coach Damien Blair improved his overall record at the helm to 242–134. Under his leadership, the Golden Rams have made it to the NCAA Tournament four times and have advanced to the PSAC Championship three times.

Looking ahead, West Chester will take on Wilmington University on Monday Nov. 21 at 7 p.m. as they look to hand the Wildcats their third loss in four games on the young season. Conference play will begin for the Golden Rams on Nov. 2 when they take on Mercyhurst University.

Erick Klambara is a fourth-year media and culture major with a minor in journalism. EK924666@wcupa.edu