Olyvia Eckard: Kicking Her Way Into the Record Book 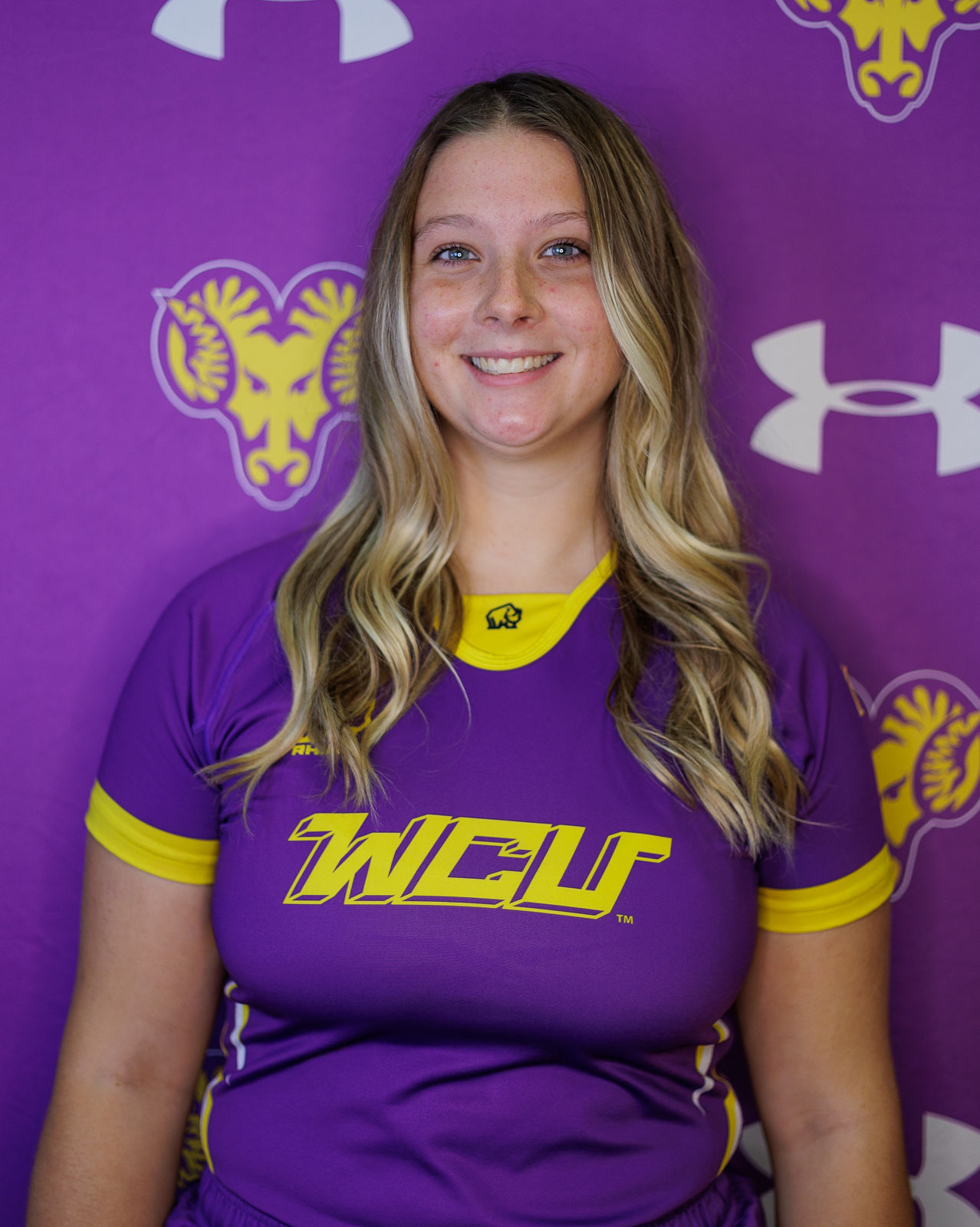 Senior Olyvia “Lyv” Eckard has been a great player for West Chester University in her four years on the team. She has grown as a player and as a kicker.

She is tied for fourth in career penalty kicks with four in her career. Eckard is fifth in penalty kicks in individual season records with three in six games.

From high school rugby until her senior year, she has been great and become better. Her rugby IQ, field awareness and kicking skill has improved.

She has an aggressive play style, always looking to attack on the field and gain meters for the team.

She has deadly accuracy and immense power behind her kicks. She often practices far from the uprights to avoid kicking over the fence and out of the South Campus Rugby Field. A teammate will often join her from behind the uprights to catch the balls and kick them back.

“No matter where the ball is placed in the try zone I never have any doubts about whether or not Lyv is going to make the kick,” freshman Sofia Lasonio said.

Her kicks are praised by her teammates.

“I would marry her beautiful kicks if I could,” senior Anne Kelekolio said.

In this season’s game against American International College (AIC), she kicked a successful conversion from the corner. The crowd was vocal about how they thought the kick would go.

“The mens AIC team was in the stands and they were very sure I was going to miss the kick,” Eckard said. “I had full confidence I could make it.”

After she kicked the successful conversion, she turned to the crowd and blew a kiss to “let them know I heard them.” The moment was captured by the stream.

In that game, she was half of the scoring with one conversion and one penalty kick for five points despite the announcer and box score mistakenly crediting senior Natalie “Sexy Tex” Cruz for the kicks.

Along with being a strong player for the Golden Rams statistically, she is also a role model on the team. Lasonio played with her in high school as well as this season.

“She was very inspiring throughout my high school years and always supported me in wanting to become a better player,” Lasonio said.

She is passionate for the game and a reliable presence on the field.

“She always tries her best to help out the team,” Kelekolio said. “She has a lot of love in her heart for the team and you can see that on and off the field.”

Ty Hickey is a media and culture major with a Chinese minor.