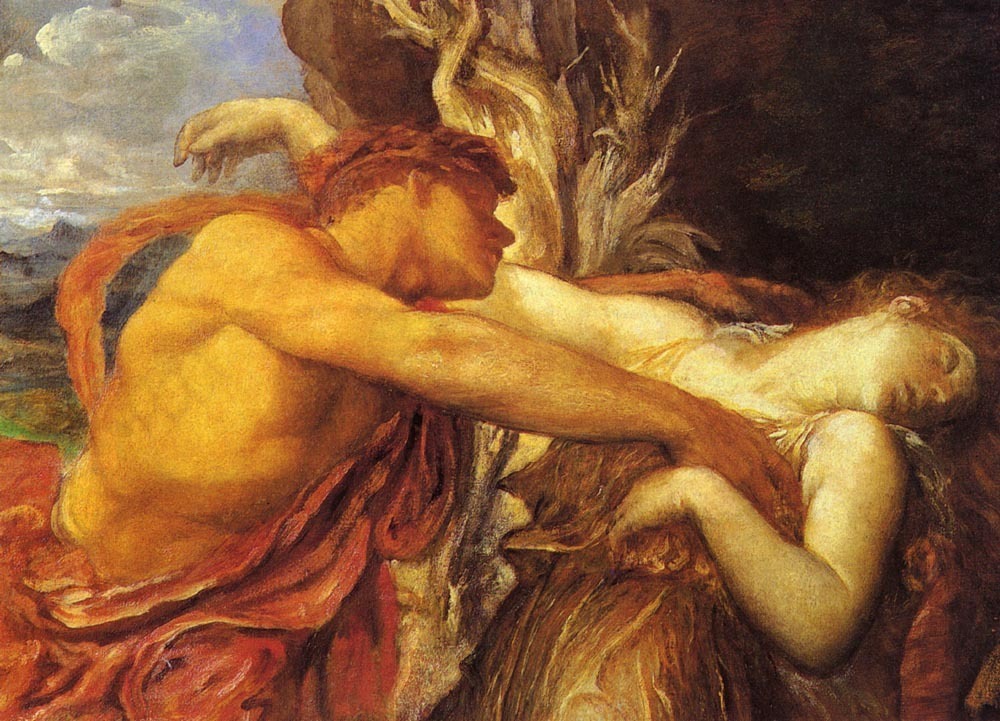 “Eurydice” is a 2003 play by Sarah Ruhl which retells the myth of Orpheus from the perspective of Eurydice, his wife. The story focuses on Eurydice’s choice to either return to Earth with Orpheus or to stay in the underworld with her father, a hard decision that must be made. This show is a new take on the Greek myth that portrays Eurydice as a strong and independent woman. Kendall Collins, the actor who plays Eurydice, describes it as the cast “takes the characters known through history and uses them to tell a story of a lover mourning his wife and the emotions and grief of losing a parent.”

Nyred Jackson, the set designer for Eurydice, faced many challenges in designing this set. Jackson said, “the set is both simpler and more complex than other designs. Eurydice sets are often bare bones but being in a three-fourths thrust like Mainstage gave way to an entirely different world of opportunities for this design.” In THA 104: Stagecraft, I saw firsthand how much work goes into creating these sets and how important it is to keep the set plan in mind when blocking the characters, something that could potentially be adapted based on how intricate the set is.

Both Collins and David Gold, the actor portraying Orpheus, had to adapt to the characters they were playing to make a more authentic production. Collins, identifying as non-binary, is portraying a woman in the play. “It can be as small as a shift in body language, voice and the way I hold myself on stage and off,” Collins explains. “Eurydice, in this version, is from the 1950s, which adds to her body language and how I present her. Costumes add to this with heels and dresses that I would not wear in my daily life but add to her image of a strong feminine woman.” Gold also has some specific character choices he needed to make, including expansion of his musicality. “Orpheus is a musician, and I took the time to surround myself with people that are musicians. In the production, I play a little bit on the guitar, and I really wanted to know how to play for the role. I started getting guitar lessons, and I tried to base the character off a lot of popular musicians of today. It helped me grow so much as an actor and helped me learn how to become more malleable. It’s really a team when it comes to the art.” Not just Collins and Gold, but all the cast had to work together to create such a compelling piece of art.

This show hit home for many of the cast and crew involved in the production. Gold expressed that this show helped him deal with loss in an unexpected way. “Not very long ago, I lost somebody who was really close to me,” he says, “and doing this play made me stare it in the eye. It’s interesting to dive back into it and accept it more now with a sense of how to deal with it a lot better. ‘Eurydice’ is a very personal story, and everyone can connect with this story when they watch the play. We can all learn and grow with it.” Collins has a different take on how this story impacted them. They say, “I most relate to the story of Eurydice breaking free from Orpheus and being her own independent woman. She is a strong stand-alone character in this version, unlike other retellings where she is simply ‘Orpheus’ wife,’ and this is something that non-men, like me, struggle with, and from the beginning, I knew I wanted to make her strong.”

“College is a hard transition period with a lot happening and a lot of stress…” Collins pauses, “…but I feel like this show tells its audience to slow down and live in the now. Enjoy the time you have where you are and just breathe.” Gold continues, “it’s okay to grieve. I hope that people can escape into another world when they watch this. Not only that this is a Greek story, but that they take away what Ruhl is trying to tell, and what the cast is trying to communicate, and I hope they can forget about their lives for a little bit and experience this wonderful story and learn from its characters.”

“Everyone is working extremely hard, and I feel like I’m learning from each person in the cast,” says Gold. The entire cast and crew have been working tirelessly since September to put on a most inspiring and touching production. From a capella, to live guitar performances, to beautiful period costumes and an elaborate set, you won’t want to miss all this show has to offer. Join the Department of Theatre and Dance at West Chester University at our fall production of Sarah Ruhl’s “Eurydice”. Show dates are Nov. 17, 18, 19 at 7:30 p.m. and Nov. 20 at 2 p.m. in Mainstage Theatre at E.O. Bull. Tickets are $12 at the door or can be purchased on the West Chester University Box Office website at www.wcupa.edu/TheatreDanceTickets.