Fetterman VS Oz: A Debate To Remember 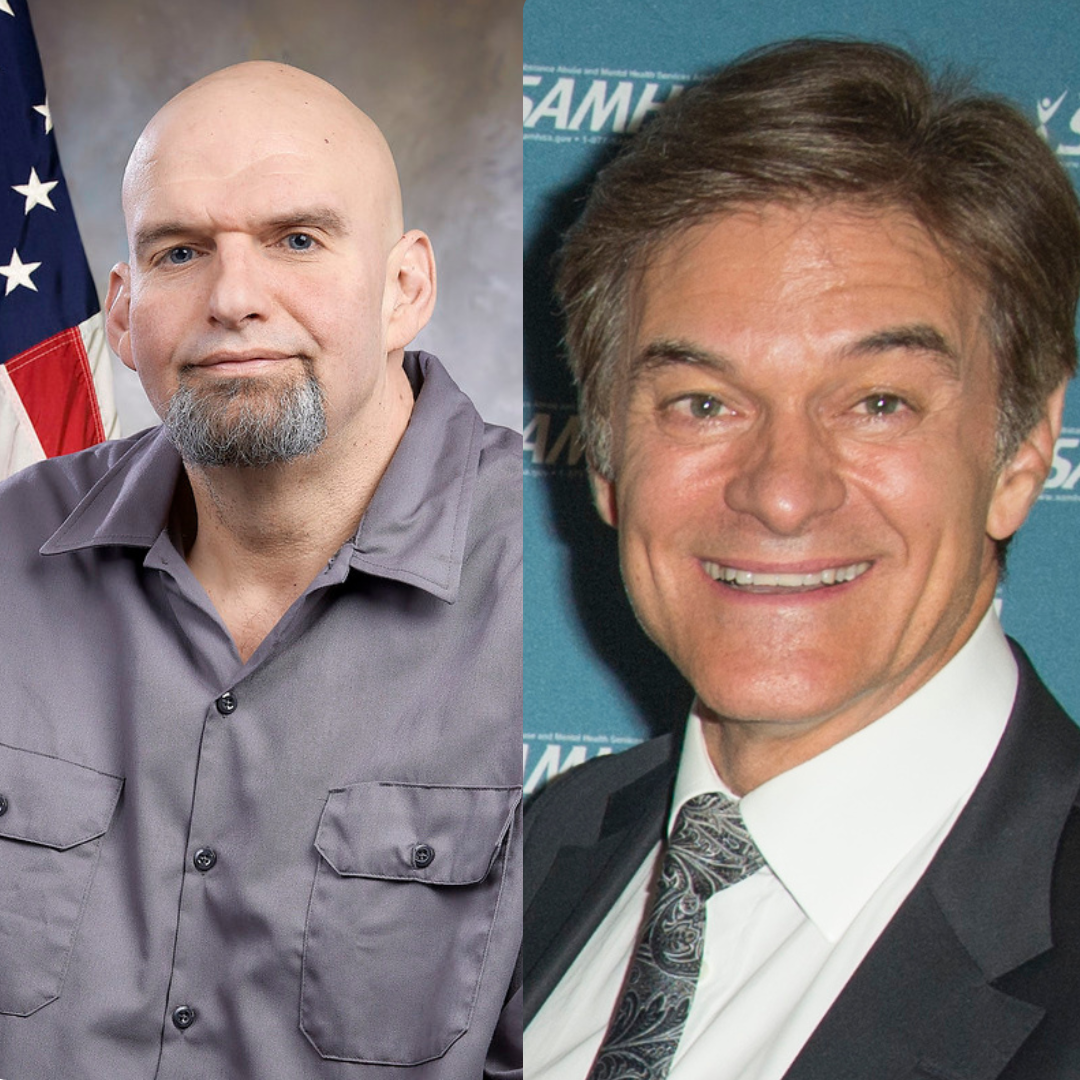 On Oct. 25, 2022, at 8:00 p.m., voters across the nation were tuned into the debate between Republican Dr. Mehmet Oz and Democrat John Fetterman. The two are running for Pennsylvania’s seat in the Senate, and this was their first and final debate before the November election.

Concerns arose surrounding John Fetterman’s recent stroke and how he handled the debate. He was provided with closed captioning of Mehmet Oz’s responses and the questions being asked by the hosts, Lisa Silvester and Dennis Owens.

To kick off the debate, both candidates were asked what qualifies them to run for the Pennsylvania Senate. Fetterman began by addressing the “elephant in the room,” which was his recent stroke. He stated, “It knocked me down, but I’m gonna keep coming back up … this campaign is all about fighting for everyone in Pennsylvania that ever got knocked down and needs to get back up.” On the other hand, Dr. Oz declared that Fetterman was “too extreme” for Pennsylvania and his radical viewpoints were a threat to the state. In response, Fetterman defined what he called the “Oz Rule,” a list of lies fabricated by Dr. Oz in order to sway the votes of Pennsylvania.

This was the first of many personal attacks of the night. As the debate continued, the responses from both candidates became more and more heated. Fetterman stated, “I’m running to serve Pennsylvania; he’s running to use Pennsylvania.” Oz immediately fired back, announcing, “John Fetterman takes everything to an extreme, and those extreme positions hurt us all.”

The candidates presented very different approaches to some of the questions, especially when it came to the question of whether or not they support raising the minimum wage. Fetterman noted that he fully supported increasing minimum wage as a way to appreciate the dignity in work with a dollar value. Dr. Oz, though, took a different approach. He stated that rather than raising the minimum wage, he wants “market forces to drive [wages] up.” Oz also mentioned his hopes to ”unleash our energy” – that is, use the natural energy “under our feet” to make profits and give back to citizens.

The candidates argued over the topic of fracking and whether it was beneficial to Pennsylvania. Dr. Oz used fracking as a way to promote jobs and pay increases for the state. He described fracking as safe and beneficial in unleashing the potential that Pennsylvania holds. Fetterman, however, delivered a rebuttal contradicting his previous position on the topic. At first, Fetterman was against fracking in the state and said that it is dangerous, and viewers were shown highlights of his previous messages towards the topic. But after being asked to deliver a 15 second response to Oz, he switched to say that he supported fracking completely.

There were a few other hot-button topics discussed during the debate — one of which was the issue of abortion. Given that this Senate race could be the deciding factor between a Republican-ruled Senate or a Democrat-ruled Senate, the candidate elected to office has the potential to be a deciding factor if abortion rights stay or leave. When asked about abortion, Dr. Oz affirmed that the federal government should have no say at all in the issue, stating, “I want women, doctors, local political leaders … to put the best ideas forward so states can decide for themselves.” When further pressed on whether he would support an abortion ban, such as the one proposed by Lindsay Graham, he added that he was, “Not going to support federal rules that block state from doing what they want to do.” In contrast, Fetterman voiced his support for Roe v. Wade, stating that it had been in effect for decades and that it should be the law. He further mentioned that abortion is a private issue that should only be discussed between women and their medical providers.

Another hot topic discussed on the debate stage was the candidates’ fitness to serve. Given Fetterman’s recent stroke, this was something that was highly discussed in this debate. When asked, Fetterman stated that being fit to serve was about showing up, and he has done that all throughout the campaign trail. Regarding his recent stroke, Fetterman was not open to sharing  any of his medical records, stating repeatedly that his doctor supported him continuing the campaign.

Regarding student debt relief, Oz stated that the concept is equivalent to a blue-collar worker paying for a lawyer’s schooling. Meanwhile, Fetterman completely supported debt relief, stating that it would be a “significant investment” for the government.

“Since I’m a registered Democrat, I usually stick with [the] Democratic candidate,” remarked Lauren Casagrand, a fourth-year WCU student, “Fetterman to me, seems like the better option. I like to believe that he can accomplish the reforms that he wants to see PA put into place.”

However, not all Pennsylvania voters share the same sentiment. ”John Fetterman’s ideas are dangerous, although the Republican candidate isn’t much better, I have to choose the lesser of the two evils,” stated Adam Minner, a WCU sophomore and registered Republican.

For more information about Fetterman and Oz’s campaigns, you can find it at their respective websites: https://johnfetterman.com/ and https://doctoroz.com/.

RJ Jacobson is a fourth-year political science major with a minor in journalism. RJ923931@wcupa.edu.