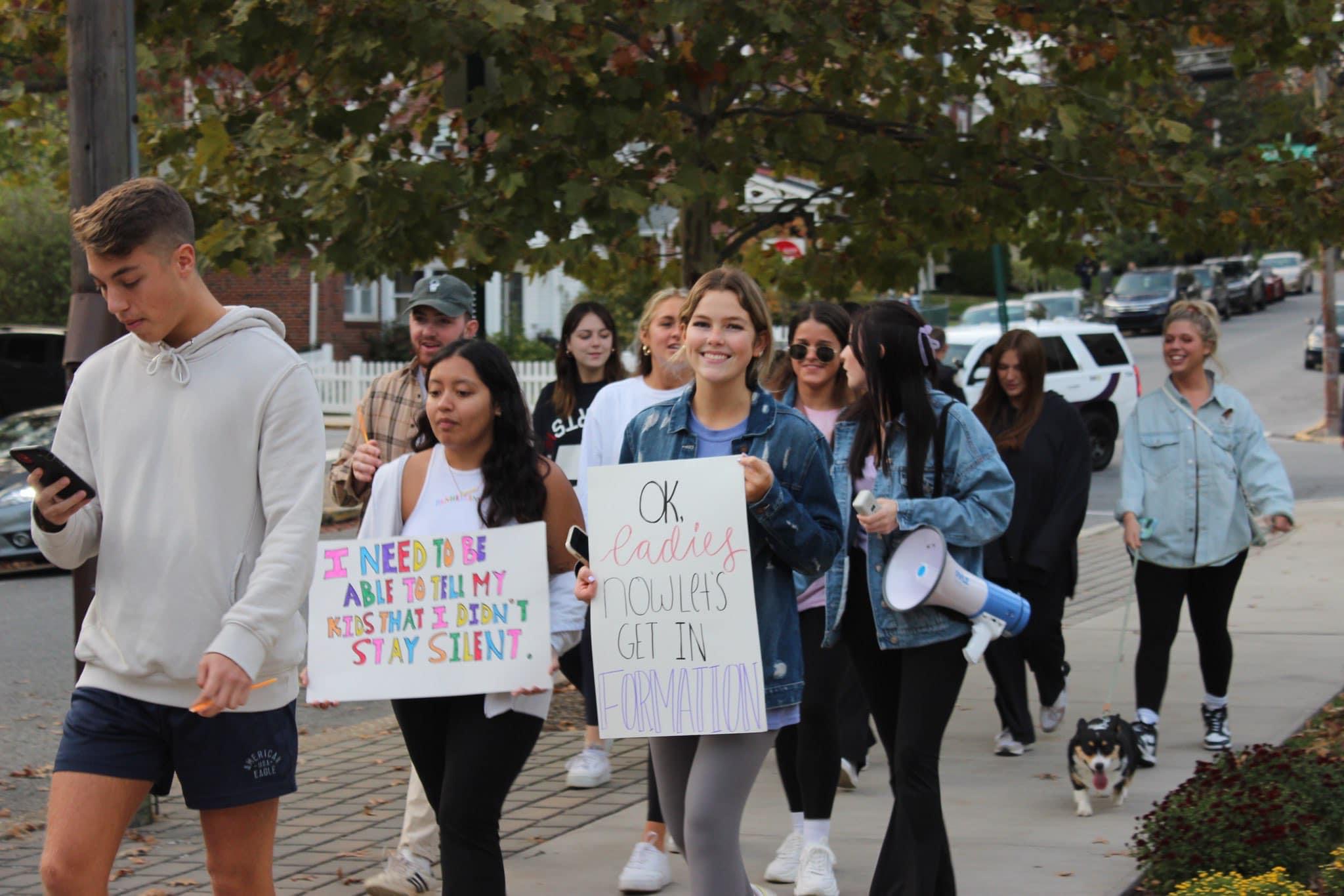 As upsetting as it is to hear, sexual assault is and has always been an overlooked epidemic on college campuses. Despite the rise of the #MeToo movement in recent years, there is still a strong stigma surrounding victimhood — students who have been affected in any way remain reluctant to speak up about their experiences. The campus setting, furthermore, is an especially daunting place to step forward. Your attacker may be a classmate, teammate or a member of your social circle whom you might feel pressured to “protect.” You may be blamed as “asking for it,” as so many often are if sexually assaulted while intoxicated. And even if you do gather the courage to confide in someone, there is a chance you will not be believed.

Increased conversation about sexual assault at West Chester University (WCU) was spurred following a University Safety Alert sent out in the beginning of this semester. Soon after, several Greek Life events were altered or canceled altogether as a precaution. This was a time of intense fear and vulnerability for many, yet the WCU community would not stay quiet on the issue. Multiple student-led organizations, including the Center for Women and Gender Equity (CWGE) and WCU Panhellenic — which seeks to unite the sisters of sororities nationwide — began having the uncomfortable conversations that needed to be held in order to make a change.

“We are not satisfied with the current culture that Greek Life holds… acknowledg[ing] action like this has been long overdue,” says Kristina Westervelt, Panhellenic President. “We felt that it was our duty to address these matters and take the first of many steps in promoting change.”

One can’t help but wonder why this obligation does not fall on male shoulders, too. Samantha Tellez, Panhellenic Vice President of Diversity and Inclusion, explains that “Greek Life itself acts as a microcosm of the world… in the sense that it is predominantly white men who dominate the social scene here.” The “bro code” that exists in many fraternities prevents young men from taking accountability for the actions of their brothers. Even now, the endeavors being made to spread awareness about sexual violence are largely female-led.

One such endeavor was a Women’s March held on Wednesday, Oct. 12 via the combined efforts of the CWGE and Panhellenic. Attended by approximately 300 students and community members, the event hosted representatives from local agencies such as the Crime Victims’ Unit of Chester County and consisted of a procession around the perimeter of North Campus followed by a banner pledge to Start By Believing. This campaign, spearheaded by End Violence Against Women International, seeks to mobilize society’s negative attitude towards victims of sexual assault and instead promote advocation.

October is Domestic Violence Month, hence the purple ribbons seen around campus, and so the march also promoted the Red Flag Campaign, which educates college students on the traits of toxic relationships. The CWGE’s “Green Flag Campaign” put their own spin on the program, simultaneously offering signs of healthy partnerships as well. Those behind the event intend to repeat it on a yearly basis.

The Women’s March is far from the only way students can get involved this semester, however. The CWGE just led “It’s On Us” week, which was originally started by Barack Obama and the White House Council on Women and Girls. The message surrounding the movement says that every one of us has a responsibility to help end sexual violence by becoming upstanders. Panhellenic is planning an open mic night for social justice as well as a donation drive for a local shelter housing victims of domestic violence.

“I want to give voices to those who feel they do not have one,” says Westervelt.

If you or someone you know has been a victim of sexual violence, please call WCU Public Safety (610- 436-3311) or the Crime Victims’ Center of Chester County (610-692-7273), both open 24 hours a day. All University resources are available to students free of charge.