National Champions: An Inside Look on the WCU Dance Team 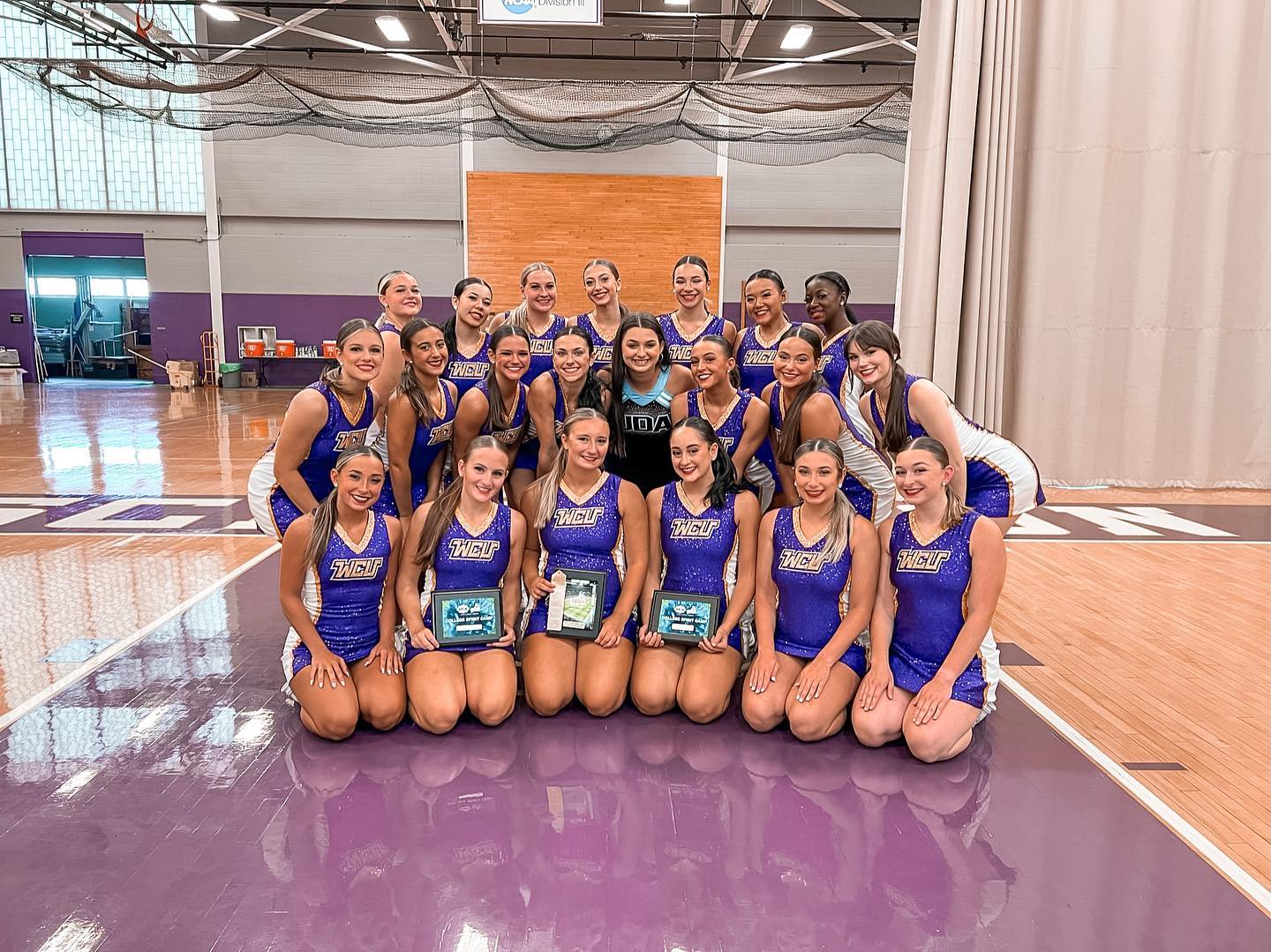 In January 2022, the West Chester University Dance Team won a first place national title in the Open Hip Hop division at the Universal Dance Association National Competition. Carolyn Homan, a fourth-year dancer on the team, knows everything it takes to be a dedicated member of the WCU Dance Team.

The Universal Dance Association (UDA) National Competition took place on Jan. 16, 2022, in Orlando, Florida. The WCU Dance team traveled down south to the Sunshine State to compete in their highly competitive and intricate jazz and hip-hop routines. This accomplishment is something that Carolyn has been dreaming of for years.

“I was really excited. I couldn’t believe that our team was able to pull off that win because we’ve been working so hard to get first place for the past five years. It just felt like a really big accomplishment to achieve as a team, especially because it was the first time in history that the dance team ever got a national title.”

In order to achieve this remarkable title, the WCU Dance Team practices several times a week to ensure they are in their strongest suits to compete against the other collegiate dance teams in the nation. Sometimes, practices get overwhelming and tiring, but Carolyn always pushes through.

“The team practices for nationals during the fall semester, but we mostly practice during winter break. In the fall, we practice Mondays, Wednesdays and every other Sunday for about two to three hours. I really like how practices run this year because I feel that they’re more productive.”

Carolyn loves competing at nationals, but she also joined the team for other reasons as well. She has been dancing competitively since she was 12 years old, and she felt that the WCU Dance Team could take her dancing skills to the collegiate level. She joined the dance team in the fall semester of 2019 when she was just a freshman. Three years later, Carolyn is the one and only senior remaining on the team.

“As a senior I don’t have to try out for the team again, which is nice. I will also get a senior night at the basketball game and be given a gift and a sash.”

Carolyn has certainly made the most of her time on the WCU Dance Team. She has made some of the best friends she has ever had. She has also learned new skills and tricks that she did not ever think she would be able to master, like headsprings and kip-ups. Carolyn also holds two executive positions on the team: fundraising secretary and treasurer.

“As fundraising secretary, I plan all the fundraising events that our team has, as well as promote them to other organizations. As treasurer, I collect the team’s money and put it towards any purchases we need.”

Being a dancer on the WCU Dance Team is no walk in the park. The team participates in lots of different performances and activities on campus.

“My favorite part about being on the team is doing performances around campus, such as basketball games and [the WCU] Dance Marathon. Traveling to Disney every year for nationals is so much fun too.”

Although the dance team takes up a good amount of Carolyn’s free time, she has other hobbies she enjoys as well. Carolyn loves to watch television. New Girl and Keeping Up With the Kardashians are her two favorite shows of all-time. She also enjoys hanging out with her friends, going to the gym and listening to music.

Carolyn Homan is a very committed member of the WCU Dance Team. She is looking forward to the rest of the year on the team, as it is her fourth and final year. Carolyn is ready to lead the team to victory and practice hard this semester so the WCU Dance Team can defend their title as national champions in the Open Hip-Hop Division.

The WCU Dance Team is always on the lookout for new dancers to join the team. All information regarding the team and frequently asked questions can be found on their Instagram page, @wcudanceteam.

Jamie Simonds is a fourth-year media and culture major with minors in digital marketing and journalism. js928049@wcupa.edu