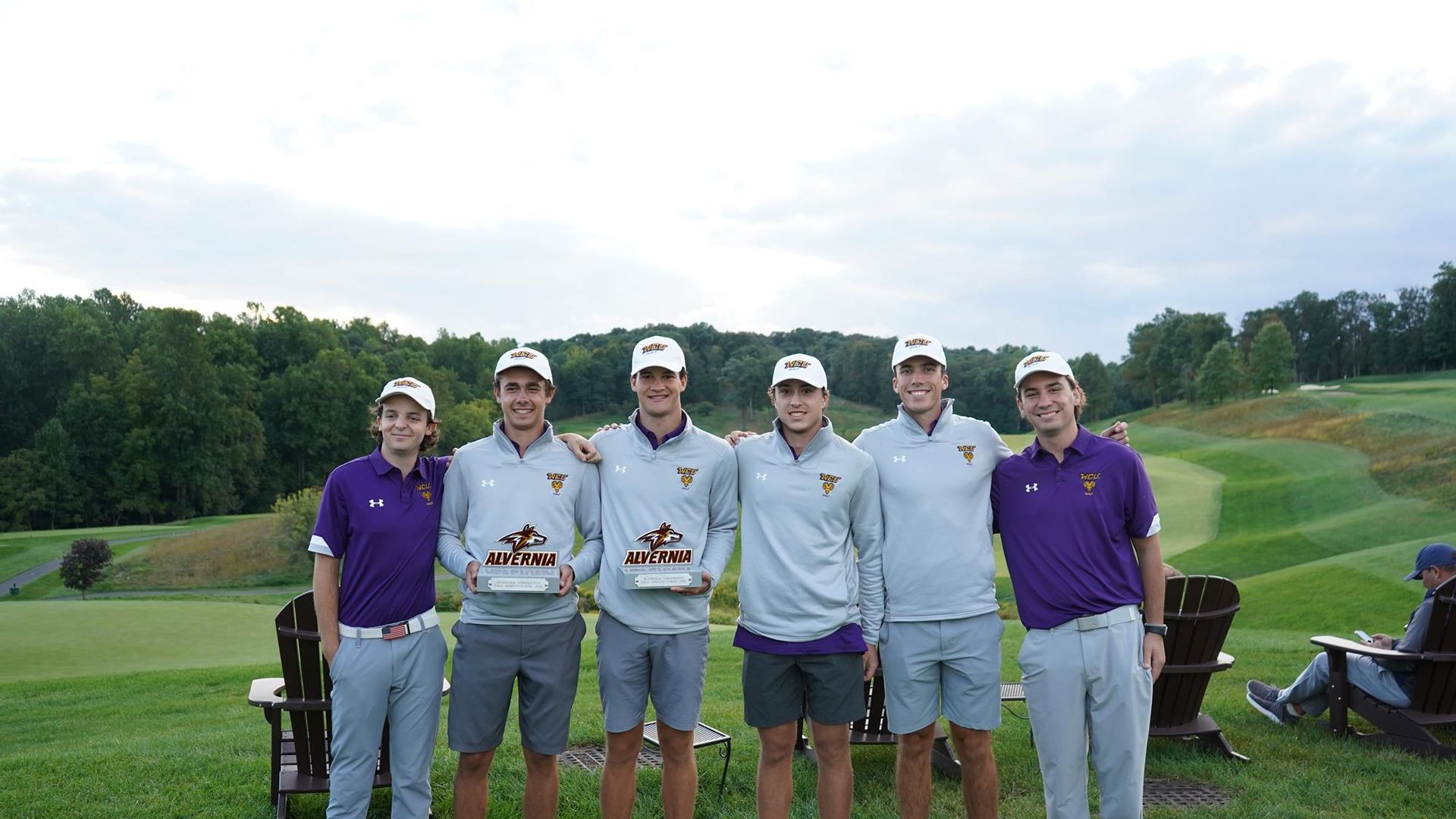 At the Alvernia Fall Invitational, the Golden Rams were led by Jacob Sokalsky, a junior from Garnet Valley, who finished with an even-par 72 to help West Chester take first place in the event in a field of ten total teams. In the process, Sokalsy also won the individual title with teammates Ryan D’Ariano and Brock Fassnact finishing in the top 10 with scores of 75 and 77. Sokalsy registered five birdies on the day including three in his first four holes. West Chester finished with a total team score of 302, edging out conference rivals Millersville by six strokes. Alvernia, the hosts of the event, finished in third with a score of 316. This is the Golden Rams’ second straight Alvernia Fall Invitational Title after winning the spring edition of the event last April.

Sokalsky is coming off of an impressive 2021 campaign in which he appeared in six tournaments (14 total rounds) for the Golden Rams and finished 10th overall in the Pennsylvania State Athletic Conference (PSAC) Championships. He has continued this success into this year and is a big reason why the men’s golf team has finished in the top five collectively in all of their tournaments so far this season.

D’Ariano is leading a small, but skilled, freshman class that includes himself alongside Fletcher Masterson and Victor Mominey. All three will play a pivotal role as the team gears up for a deep postseason run.

West Chester is coached by Harry Hammond and assistant coach Mike Versuk. Hammond is back for his fifteenth season at the helm for the Golden Rams and has an impressive resume under his belt. During his time as head coach, he has helped to establish the squad as one of the top units in the Atlantic Region and, more importantly, the entire Northeastern United States. He has led West Chester to two conference championships (2014, 2018) and nine Division II Atlantic and East Regional Championship appearances. He was named the Lebron Harris Sr. Award winner in 2016 by the Golf Coaches Association of America. This award is presented to a coach whose support has helped grow the game. In 2019, he became the head coach of the women’s team, helping the Golden Rams finish third in the PSAC Women’s Golf championship in his first season.

Looking ahead, the Golden Rams will wrap up the regular season on Oct. 3 with the Hal Hansen Invitational at Clarion University. Following this event, they will prepare for the PSAC Conference Championships which take place on Oct. 13 through 16. They will look to build off their sixth place finish a year ago and accomplish the ultimate goal of winning their first team title since 2018.

For more information on all of the Golden Rams sports teams including men’s golf, visit the West Chester athletics website to find schedules, statistics, rosters, ticket sales and more!

Erick Klambara is a fourth-year Media & Culture major with a minor in Journalism. EK924666@wcupa.edu