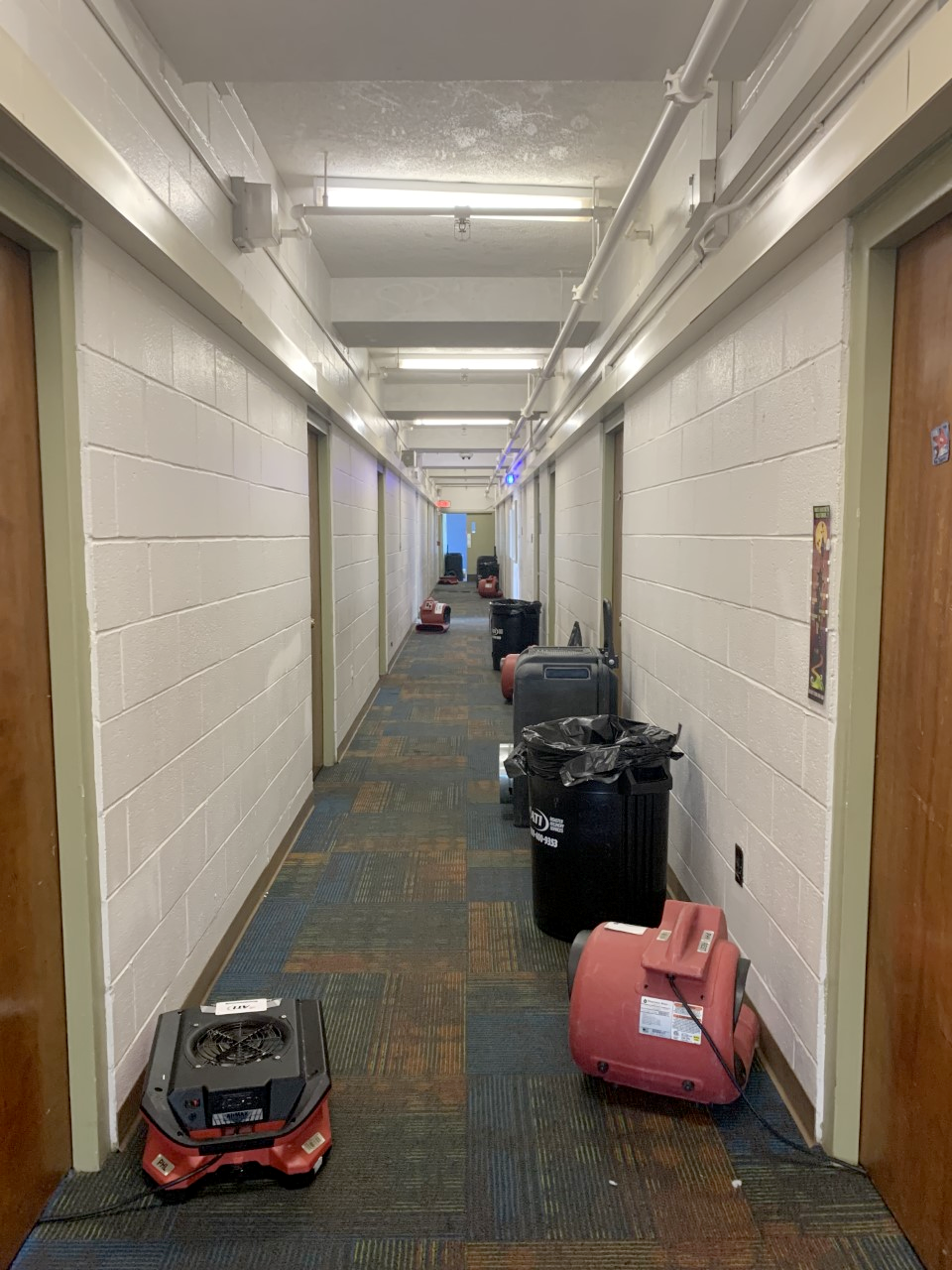 On Tuesday, Sept. 20 at approximately 11 p.m. in Goshen Hall at West Chester University, the fire alarm went off after one of the residents accidentally threw a football at one of the sprinklers, setting it off on the seventh floor.

Some of the students’ belongings were destroyed in the process, and many considered staying at a hotel for the night. For students who were affected, their entire rooms were soaked in water, and they were sent to spend the night at Sykes Student Union.

“I was knocked out and asleep when the alarm went off,” said resident Yareli Gallardovazquez. “As my roommate came over and woke me up, I saw water everywhere on the floor of our dorm. The sprinkler was right outside our room, and the people across from us had it even worse. They had their Xbox, TV and a few other electronics on the ground, so their belongings were completely damaged.”

According to the “Residential Living Policy and Procedure Manual,” “The Resident may not trigger any overhead sprinkler system in the Facility. The Resident is advised that a simple depression of the sprinkler head may result in the total draining of water from the system. Neither Residence Life and Housing Services nor its agents will be responsible for any damage incurred from such situations. If the overhead sprinkler system in the Resident’s room or hallway activates in a non-emergency situation, the Resident will be charged and responsible for all damages, together with a fine of $250.00.”

It also states, “The Resident must immediately report to Public Safety (610-436-3311) and Residence Life and Housing Services, accidents, injuries and property damage occurring in the Unit and, if involving Resident, elsewhere at the Facility and in case of fire and other life-threatening situations. The Resident bears the risk of loss for all personal property kept on the Premises or anywhere in the Facility. Residence Life and Housing Services will not be responsible for any damage to, or loss of, Resident’s personal property. The Resident is strongly encouraged to get rental insurance or similar insurance to cover any loss or damage to personal property.”

For quite a few days, after the event took place, air conditioners were placed outside of every room that was affected. Many garbage bins were lined up across the hallway as well, indicating that this leakage was larger than expected.

The carpet on the seventh  floor was still soaked the following day, and floors five, six and seven were impacted the most. The rest of the floors either had little or no water, and it took all night to soak up most of it. West of floor seven, six and several rooms of floor five got hit the hardest.

A statement from Associate Director of Residence Life (Interim), Brett Buckridge, from Campus Housing said: “For students’ safety, the building was evacuated, and remediation efforts began immediately. Residence Life and Housing staff reported to the scene quickly along with our Facilities staff, Environmental Health and Safety, Public Safety and the local Fire Department. Staff met with all students impacted. As we continue to assess the scope of the water damage and remediation efforts continue, Residence Life and Housing is communicating directly with impacted students to coordinate temporary access to their residence hall rooms to gather needed belongings and assess any damage. Staff members will discuss with students the next steps regarding the plan for permanent return when it is safe to do so. While there may be a need to adjust the time frame, at this writing, it is anticipated that permanent return to rooms in Goshen Hall will occur on Friday, Sept. 23. Questions should be directed to Brett Buckridge, Associate Director of Residence Life. Brett can be contacted at bbuckridge@wcupa.edu.”