How We Got Drag 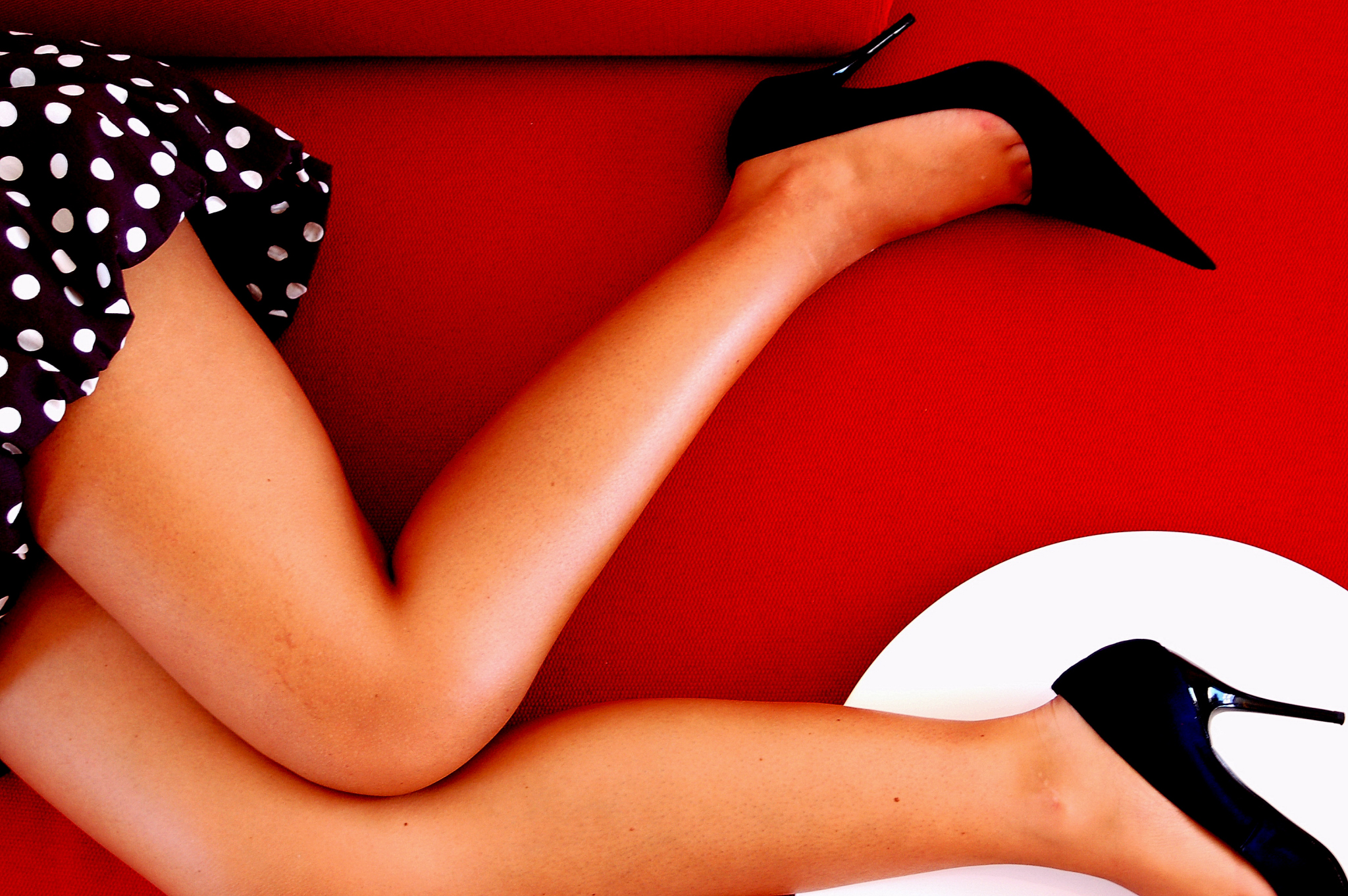 In 2017, RuPaul Charles made history when he won an Emmy for Outstanding Host for a Reality or Competition Program. After that, Charles went on to win the award consecutively five years after that, totaling in a six-year winning streak. This signified to many that drag had hit the mainstream in a way that made it more accessible to straight America than ever before. Today, drag queens (many of which were originally featured on RuPaul’s Drag Race) helm reality shows on an array of networks and streaming platforms, from Viceland to HBO Max. It appears that although drag queens have always held an important function in our society, they are being given a platform unlike any time period in American history.

The history of drag is as old as the history of gender norms in any given society. As long as there have been roles imposed on people based on their gender, there have been those who play with these roles and twist them for the purpose of artistic expression. The idea of drag as an art form spans centuries, whether it be men playing roles of women in Grecian and Shakespearian theatre (in fact the very word drag originates here, initially coined because of the way these men’s costumes dragged on the floor) or the men who took part in the art of kabuki in Japan. However, for the sake of this article, we are primarily concerned with genealogizing the culture associated with the queer American art form of drag.

The birth of American drag culture dates back to Harlem in 1869. It was here, at the now-famous Hamilton Lodge, that the first drag ball, organized and held by Black queer people, took place. One of the most transformative aspects of it was its attendees. This event was made up of people of all races and ethnicities, laughing and enjoying themselves together. In other spaces at the time, even in New York, the idea of an “integrated” event would be unheard of (this was a mere six years after the emancipation of slavery.) It appeared that drag offered a way for queer people from radically different means and circumstances to come together, celebrate and learn more about one another. Similar events like these would be hosted throughout the remainder of the 19th century, but they existed on the farthest margins of larger society. It would not be until the Prohibition era, when speakeasies flourished, that the art of drag would enjoy its first moment in the sun, during what was known as the “Pansy Craze.”

During Prohibition, many heterosexual, straight-laced Americans were desperately looking for places to enjoy alcohol in the company of others. The ideal choice during this time was speakeasies, mob-run establishments that offered the protection to commit the illegal act of selling alcohol. The thing about many of these speakeasies, however, was that pre-prohibition, they often catered to queer people whose nightlife was driven underground by homophobic “morality laws.” These underground establishments house the nightlife of gay citygoers across the country during the late 19th and early 20th century, being patronized by the likes of Walt Whitman and other prominent men who yearned for access to a larger community of queer men (the link between the mob and queer nightlife would continue to the 1970’s, with the famous Stonewall Inn being formerly owned by the Mafia.) Suddenly, many of these establishments were being frequented by people occupying heterosexual identities, and with jazz and flapper culture becoming the mainstream, the liberal attitudes of the 1920’s made way for the perfect time and play for drag culture to flourish. No one encapsulates this more than perhaps the performer Malin. Performing in and out of drag (as Imogene Wilson), Malin represented what the queer subculture had to offer the nightlife of the 1920’s: a quick wit and vivacious presence. As LGBT Historian JD Doyle explains, “[Malin] brought with him the camp of the gay subculture. If he was heckled by men at the club, he knew how to cut them to shreds, to the delight of the crowd.” Due to his success, other club owners followed his lead, finding drag performers on their own.

As popular as these entertainers were during the 1920’s, they were short-lived.  As word of these performers spread, police departments like the NYPD reacted. They stationed cops around known clubs, and were instructed to spot and detain so-called female impersonators. When prohibition ended in 1933, so too did the short-lived era of prominent drag entertainers in the first half of the 20th century. Many of these clubs closed as patrons dwindled, forcing drag culture back underground.

Despite the abandonment of drag performers by the larger culture, the art form continued in the context of gay nightlife. Mob-owned bars continued to cater to gay patrons who would come to see the performers as well as enjoy the company of others in their community. It would not be until the rights revolution of the 1960’s, after the Stonewall Riots of 1969, that drag would have its next great moment. This would be when Flawless Sabrina, a Philidelphia-born drag queen prominent in the larger gay subculture, would embark on creating a pageant circuit for drag queens known as “Miss Gay America.” One of these pageants would attract the likes of Terry Southern and Andy Warhol and be the subject of the cult classic documentary, “The Queen.” These circuits and the documentary that came out of it exposed again the heterosexual Americans of the mid 20th century to drag culture, and in the process inspired something else.

The pageant featured in “The Queen” featured a now-famous figure Crystal Labeija. After being snubbed at the pageant, Labeija spoke out against the racism and prejudice against Black and Latinx queens in these pageants and in the larger queer community, and sought to create a community that would not have to face the prejudices she endured. Balls that were primarily for Black and Latinx queens had existed before this, as the discrimination that LaBeija spoke about was prevalent in the drag circuits. Queens of color were expected to lighten their faces with makeup for competition and very rarely saw first place. It is from these experiences that Labeija, along with her friend Lottie, decided to create an event specifically for Queens of color, an event that would widely be considered the birth of modern ballroom culture. It is at this event that Labeija created the first “house,” or a group of drag queens, trans people and other people occupying queer identities that operate as a family, supporting each other emotionally as well as competing in competitions together. This house, House of Labeija, would inspire the hundreds of houses that would follow, such as the House of Ninja, named after the “Godfather of vogue” Willi Ninja, and House of Xtravaganza, named after legendary drag performer Angie Xtravaganza.

Ballroom culture expanded the world of drag culture beyond the white-dominated pageants of the 1960’s. Unlike the drag pageants hosted by Flawless Sabrina and others, which were almost completely comprised of cisgender gay men dressing in drag and recreating the acts of heterosexual pageants like Miss America, ballroom featured gay men out of drag alongside drag queens, as well as arguably most importantly, trans women who were finally given a space to come and perform and be celebrated. These balls also featured an array of categories, some lifted from pageants such as face and body (where drag performers would compete on an aesthetic level) but also dance categories, most prominently voguing, a style created in ballroom inspired by the poses of models in prominent fashion publications. The culture that sprang up around ballroom is responsible for much of the drag lingo we hear and use today, such as reading (the art of insulting someone in a smart of humorous way), shade (to make a passive aggressive remark at someone), clocking (to call someone out for a poor fashion choice) and realness (the ability of a drag performer to pass as a woman).

As momentous as ballroom was for queer culture, specifically Black and Latinx queer culture, it stayed primarily underground — that is, until it was boosted to prominence by being featured in Madonna’s single, “Vogue.” For the third and arguably most impactful time in American history, drag became a mainstream facet of pop culture. Following the commercial success of the song, there was renewed interest in queer subculture and drag as an artform.  It inspired a slew of movies in the 1990’s such as “The Adventures of Priscilla Queen of the Desert” (1994), “The Birdcage” (1996) and “To Wong Foo, Thanks for Everything! Julie Newmar” (1995).  The problem with these movies was that they largely featured heterosexual men putting on a gay affect for a role. Madonna’s song served the same purpose, a heterosexual cisgender white woman making money off a community she was not a part of. The visibility gained from this media was absolutely a net benefit, but no queer people were making money off the success of drag in the mainstream — that is, until RuPaul Charles.

Other prominent drag queens had come before him, but never with the mainstream success of Charles. Upon releasing his debut album, “Supermodel of the World,” he enjoyed an unexpected popularity with the song “Supermodel (You Better Work).” It was heavily rotated on MTV, and earned him a modeling contract with MAC Cosmetics and appearances on popular talk shows like “The Arsenio Hall Show.”

Charles would then go on to invoke the work of Flawless Sabrina and Crystal Labeija, launching a national drag competition reality series in 2008, inviting drag queens from across the country to compete. The show started with a cult following, then expanded into the mainstream with over one million viewers watching the season 9 premiere. This show would combine elements of Flawless Sabrina’s pageants, featuring runways every episode where contestants are judged on presentation and execution of their attire, as well as invoking the work of Labeija and the larger ballroom culture. Every episode ended with a “Lip Sync for Your Life,” in which drag queens must both lip sync and dance in order to save themselves from elimination, often utilizing moves from ballroom such as the “Death Drop” (a move featured in voguing where one drops to the ground using only one leg and springs back up).

As we tune in to the “RuPaul’s Drag Race” each week, it can be easy to tune out and enjoy the flashy costumes and witty sarcastic banter, leaving the troubles of society behind us as the words “Start your engines” welcome us into a dreamy liminal space where all that matters is realness, glamour and owning your shit. And indeed, that is the point. Drag has always been a respite for members of the queer community, both from the larger heteronormative society they struggle to fit into, and very often from the racist power structures that have infected the community itself.

Griffin Deubler is a fourth-year English major with minors in Journalism and Philosophy. GD911623@wcupa.edu