An Open Letter: A Final Look at the State of Our Union 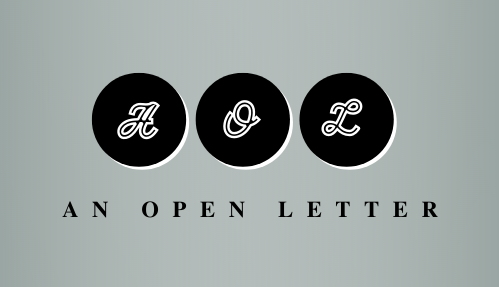 The world will continue spinning and politics will continue to change long after I graduate, but I wanted to give one last look at the current state of our union and what can be done moving into the future. A government that works for its people is important, to say the least — from the federal government all the way down to the local governments in each town, even the student government here at West Chester University.

When taking inventory of the state of our union, it is necessary to take into consideration not just the presidency, but every community within the country. In this article though, we will touch on the community of West Chester University specifically. The state of our union at WCU, while it may seem far removed from politics, has actually seen divisiveness and a lack of transparency. This article will not delve too far into the actual instances of partisanship that have taken place at WCU, but rather offers a solution instead.

The decisions The Student Government Association (SGA) makes impacts all students that attend WCU. The executive officers of SGA are elected by the student body and are paid to represent all students. All elected officials have the responsibility to listen, engage and represent all voices — not just the ones they agree with or that voted for them. The strength of the state of our union, at all levels, is dictated on our ability to listen to all sides, understand where each side is coming from and act in the best interest of everyone in accordance with the law, not in accordance with one’s own opinions.

All of that aside, I can say from personal experience with the local government around WCU that party does not matter as much as it seems. Rather, the local officials that I have met with seem to prioritize what they can do for others above all else. This is something all governments should strive towards. In other words, locally, communication and transparency seem good, but we should continue to demand more of both within WCU.

On a federal level, the state of our union looks as divided as ever, should you choose to watch the news. But not as divided as it has been in the past few years, meaning there is some sort of return to normalcy, we just have to be careful and take everything we hear with a grain of salt. The United States has somewhat rallied behind Ukraine against the aggressions of Russia. What this means for our union is that we have someone else, other than ourselves, we can unite against. One of the issues though would be inflation and the price of oil due to the conflict, which burdens almost everyone.

The strength of our union should not be dictated by who we can blame for our strife at the moment, or who we can see as evil for the moment, to distract from our own issues. The key component of a united nation should be built around our potential for continued growth and compassion for our fellow citizens. The state of our union, although depicted negatively most of the time, is better now than it has been in the past. We can see this in the job market. There are more jobs than people to work them, but granted, most of those jobs may center around a trade. Should the state of our union be judged based off of economics then there are fractures, but they are not as bad as they were during the main cycle of the pandemic.

For more information, there are websites listed for you to learn and read more on the state of things — sources from the White House and the SGA. To maintain a healthy union, we need to ensure there is more communication that is concise and honest, and we must encourage a higher level of transparency on the part of those in office. Without either of those two aspects, our union will become more divided, less informed and more likely to fracture further.

Learn More About The Administration below:

To see all the executive orders signed by President Biden, or by any other recent President, go to this website to see all the changes between each administration.

To learn more on what the current administration is up to, go to The White House website for current briefings, plans and more.

See more about the county you live in by accessing their website and seeing the recent activities going on within your school’s  county.

Learn more about your Student Government Association via their website, and see who makes up the group, what they do and how you can make your voice heard.