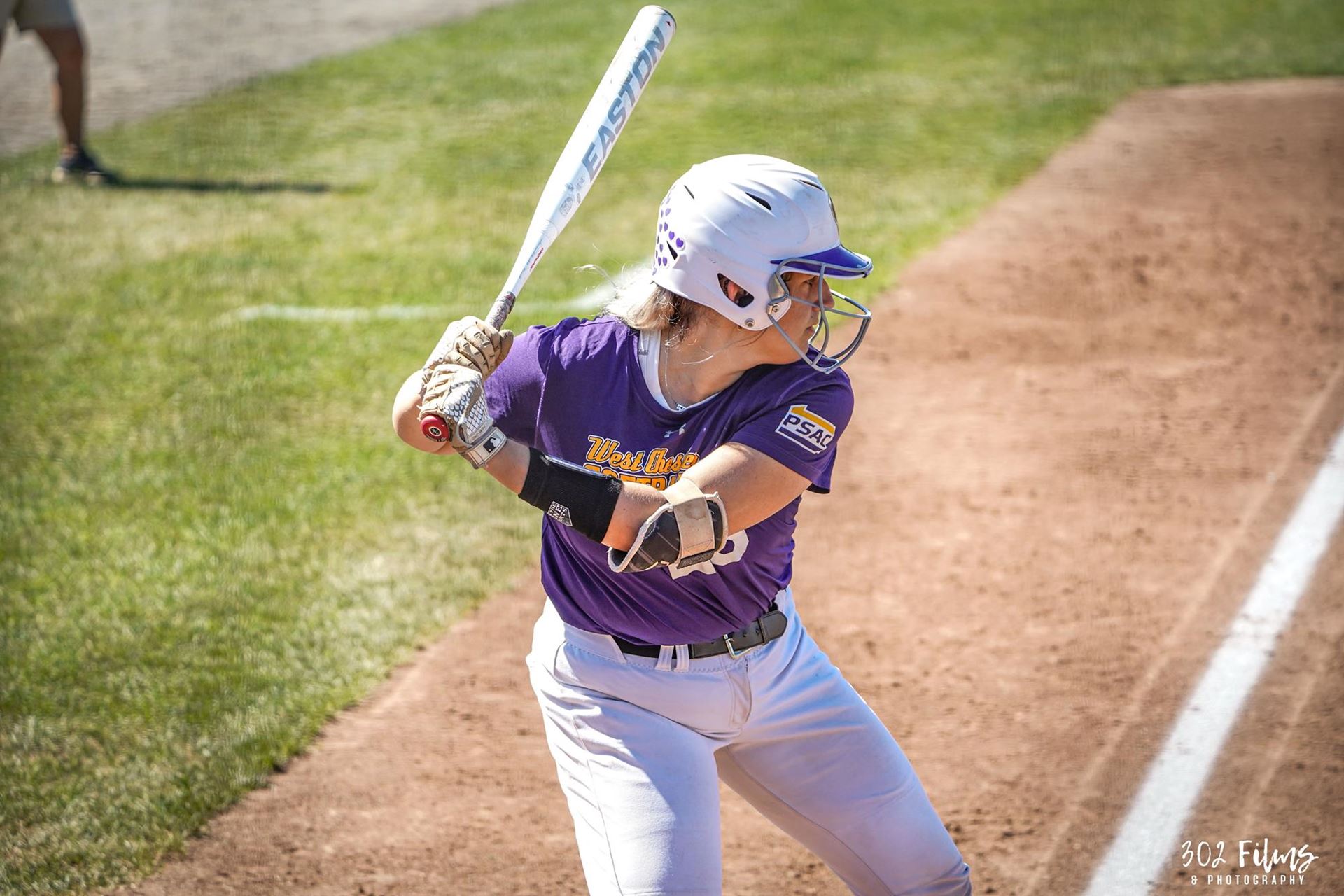 During the week of West Chester’s spring semester break in 2020, the world shut down for many West Chester students. Classes switched to online and student athletes’ seasons were over. The last softball game played that season occurred on March 12. All of this following a blazing 12–3 start for the Golden Rams, this was definitely not how this team expected the season to end.

West Chester University’s Softball team played through a season in 2021 and now plays in 2022. To hear about playing in the 2021 season, Captain Grace Aguilar spoke about the experience.

“We started off not being able to practice together at all in the fall, so we ended up practicing on zoom from our hometowns together,” said Aguilar. “We had 6 a.m. conditioning workouts on zoom, I was hitting off a tee in my backyard and trying to get my neighbors to be my partner for some drills.”

There was a time when there were major discussions of whether the season was actually going to happen. She mentioned that the team did not know “how to react or go about” another season being canceled. Luckily, the team was able to work it out and start the season in the spring. But Aguilar made it clear that the 2021 season was not a normal season whatsoever.

“We started off practicing in small groups, so we really weren’t able to play all together as a team till we were close to playing our games,” Aguilar said. “No one was allowed in the locker room.”

With this being said, it was safe to assume that the team was having abnormalities occur all around them and we have yet to talk about the masks. Aguilar said that they were required to wear masks during practice and were only allowed to take their masks off when on the field playing in the games. She clarified further that the majority of the team wore their masks when on the field anyway in order to be more safe.

Most people hear that in professional sports athletes are tested often for COVID-19. This was something many people thought of when collegiate sports decided to have their seasons this spring. More specifically, fans of West Chester sports wanted to know exactly what the Pennsylvania State Athletic Contest (PSAC) was going to say about testing.

“We had to get tested about 2-3 times a week and every time before we traveled,” said Aguilar. This was all while the student athletes were wearing masks, being in small groups for practices and could not go in the locker room. These factors could have affected the softball team’s emotional state, but based on their season, it did not affect their performance. In the 2021 season, WCU’s softball team went 34–16 and 20–12 in the conference. The team was also crowned PSAC champs. However, they eventually lost in the NCAA Division II National Championship.

Coming into the 2022 season, West Chester University was still requiring people to wear masks inside. Aguilar talks about the team’s approach this spring: “We still wanted to be safe and prevent the spread of COVID-19 within our team as much as possible,” said Aguilar. “We laid out a few rules to prevent COVID-19 such as only allowing four girls in the locker room at a time.” She added that the team was required to wear their masks in the beginning of the season and to report any symptoms they may be experiencing and if so, get tested.

On Feb. 28, 2022, West Chester University sent out an email in the middle of the day stating that the university was now allowing mask wearing to be optional. This would allow anyone the option to wear their mask while indoors or not. There is no surprise this was a positive thing for spring athletes.

“When the WCU mask optional policy came in place, we no longer had to wear our masks anymore at practice,” Aguilar said about procedure changes. “Another big change this season was not having to get tested anymore if you are vaccinated.” The rules in place by their conference, PSAC, state that any player unvaccinated has to continue with testing. Other than this though, spring sports here at West Chester have taken a turn toward normalcy.

Now, WCU’s softball team is looking to make a push for the postseason with a current record of 20–18. The Golden Rams, however, have a newer mentality based on the fact that the pandemic has helped the team become “a lot closer and stronger.”

“Having a whole season canceled and almost another one canceled, it showed us that we should never take for granted the time we have playing the sport we love,” said Aguilar. “This experience proved us to play every game, every practice, like it is our last.”

For over the past two years, the sports world has been chaotic, to say the least. But with every ounce of normalcy on what seems like the outskirts of a pandemic, teams are growing stronger and realizing how grateful they are every time they touch the field.