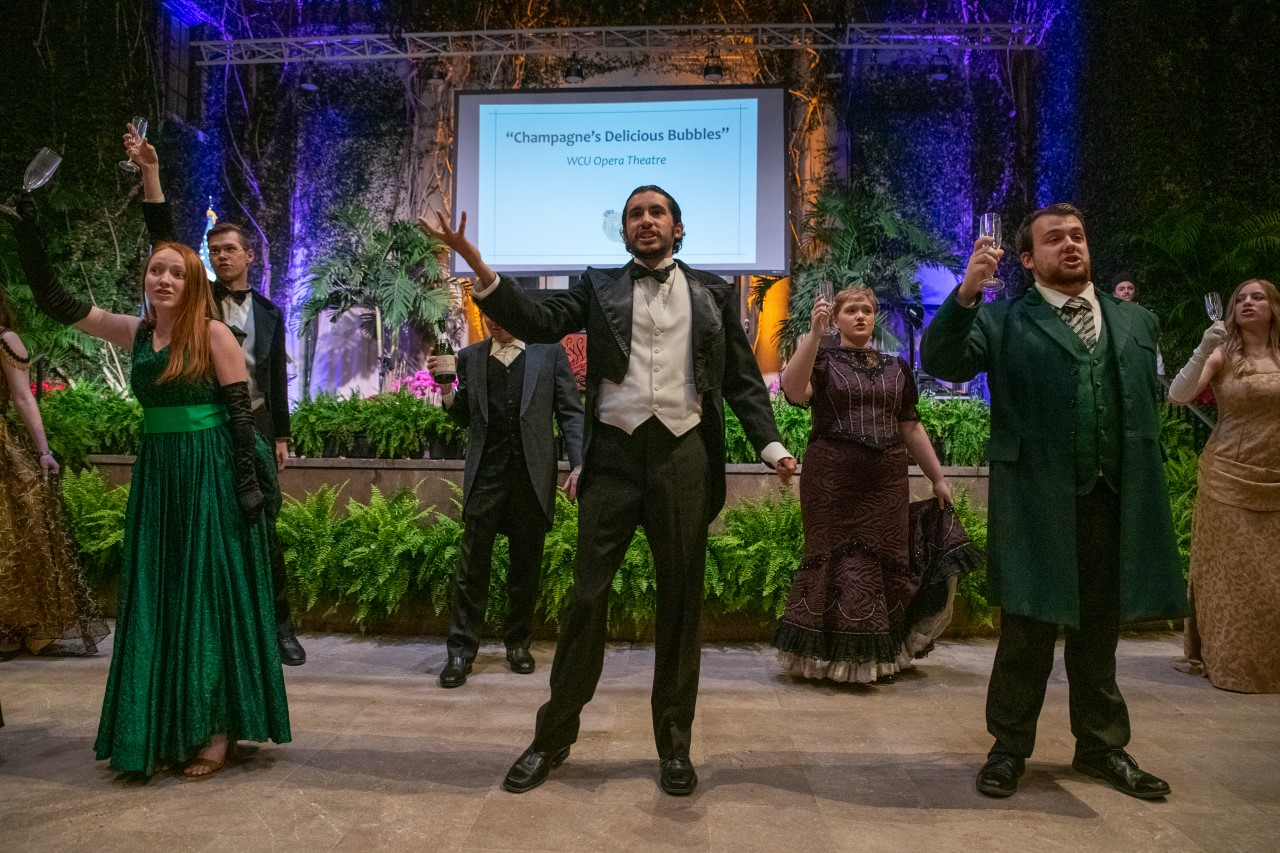 “The Annual Presidential Scholarship Community Gala is a longstanding and important tradition at West Chester University,” stated President, Christopher M. Fiorentino. “For the past 39 years, our university’s community of educators and numerous friends in Chester County have come together for one purpose — to ensure that hardworking students have access to necessary tools, vital resources and an exceptional education that is affordable. I could not be prouder of all those who continue to commit to supporting what actually makes student success possible. West Chester University students deserve nothing less.”

This huge event was designed to provide financial aid towards students who have shown and continue to demonstrate excellence. The Presidential Scholarship is funded entirely by private donors, and has raised more than two million dollars since its opening back in 1983.

This year is especially special since it is the 150th anniversary of West Chester University’s opening.

Some historic background: The West Chester Normal School opened its doors with Ezekiel Cook as its first principal back in (1871-1872). In 1881, Principal George Morris Phillips (1881-1920) believed deeply in creating a liberal arts education and worked to ensure that students were educated much more than the traditional education the state mandated.

Over the years, more ideas were created, more staff members were hired and many more people helped expand this school.

“I was invited to apply for the Presidential Scholarship based on my grades from high school,” voiced freshman Kayla Ruff, one of the very few students who received this special award this year. “As a first-year student this was beyond exciting for me and my mother. My mother is a single mom so paying for my college tuition was and still is something that worries her despite my efforts to soothe her worry. Having to be interviewed was admittedly a little scary, but I took it as a learning experience. It was like a weight had been taken off my shoulders and I am beyond grateful for receiving the Presidential Scholarship to help with my academic journey at WCU.”

West Chester University also thanks all its sesquicentennial sponsors. A live fundraising challenge raised over $30k that night alone. However, with sponsorships, the total event raised over $500,000.

Throughout this unique experience, several engaging events took place to encourage guests to feel welcome.  A liquor wagon and Kaplan Diamond raffle raised another thousands of dollars, WCU’s Opera Theater performed “Die Fledermaus” and live music by Legacy Band put on quite the show which stimulated these very generous donors into joining the dance floor.

A few members from the WCU ROTC Color Guard along with the West Chester University Marching Band were selected to perform, “Rams Fight.”

Along with the many performances, there were several food stations scattered across the gardens.

Not to mention, West Chester’s Rammy the Mascot made a special appearance as he joined the dance floor and expressed his support along with everyone else who volunteered at the event.

The Golden Ram Society, a student volunteer organization, also helped make this experience flow nicely for guests. Some were handing out raffle tickets and collecting money while others made announcements on shuttle buses that were taking guests up to the conservatory.

This was also an immense chance for networking opportunities since there were over 300 guests. Many of whom have gone to this very university.

The University would also like to gratefully acknowledge and thank all the Pearl Contributors. This helps go towards the Presidential Scholarship Fund.

“We try and reflect the mission of student success in all that we do here at the Foundation,”  said Christopher Mominey, the Chief Executive Officer of WCU’s Foundation. “But it’s the Annual Presidential Gala where we truly are able to tell the community our story and, at the same time, benefit students through scholarship. This year was no different! Thanks to the support of our sponsors, friends, alumni, faculty and staff, we had another wonderful event filled with a great sense of joy that we could all be together again, in person.”

Sean Wattman is a first-year Psychology major with a minor in journalism. SW970700@wcupa.edu