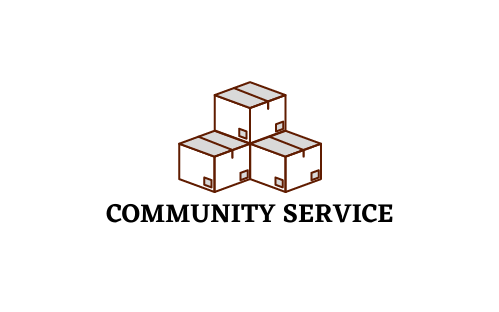 The meaning of life is derived from the conscious act of service to or for others. What is true is how community service requires an individual to give something, whether it is time or money, but what is often overlooked is that an unselfish reward is gained through service as well. In reflection of that point, should the world be driven by what you can give to it, you might as well give to a good cause. If individuals really look at what you can give them to determine your ultimate value, you might as well show value to those that need it most.

Service is not just an act; in some circumstances, whether you choose to run for office or work for a non-profit can be a lifestyle. Giving back surrounds all of us, and what is needed is an opportunity to give back. That can be performed through several outlets. Some outlets at West Chester University (WCU) include: the Adopt-A-Block program run out of the Center for Civic Engagement and Social Impact (CCESI); joining the Service Council of WCU, which meets once a month to discuss organization service projects and opportunities; and even joining one of the five committees within the Student Government Association (SGA), or becoming a senator within SGA itself. The point is, there is no shortage of possible service outlets for students at WCU, but what about the benefits of committing to consistent service?

According to the Pennsylvania Department of Labor and Industry, “volunteers have a 27% higher likelihood of finding a job after being out of work than non-volunteers. In addition, people who volunteer have lower mortality rates, greater functional ability and lower rates of depression later in life than those who don’t.” In other words, volunteering is an amazing activity for both mental and also physical health in your own life. By seeking out community service, you add another dimension to who you are, as well as show a level of commitment, which are possible reasons for why committing to service grants professional benefits.

To understand a bit more of what community service can be about, an article published by the New York Times, written by Emma Grillo, can elaborate through the story of Shamma Goodrich. “When Shamma Goodrich moved to New York in 2015, she was struck by the homelessness in Manhattan,” and if you have ever been to New York or any other major city, you may understand what she was struck by. For a few years Ms. Goodrich was in shock, asking, “is this America? What happened? Where am I living? What am I doing?” Questions like that lead Ms. Goodrich towards the goal to help, and change what she found “when she moved to New York in search of new opportunities.”

Because “she encountered a level of need that she hadn’t been expecting,” she was “dismayed that so many New Yorkers did not have a place to sleep at night” and “sought to volunteer.” What she encountered were organizations “focused on fund-raising,” while she wanted to donate her time instead. What we can gather from the story of Ms. Goodrich is that there are opportunities to help others all around us, it just takes our willingness to step up to the plate and act. One of the best ways anyone and everyone can act is through the donation of their time.

Service to others can be as time consuming as you want. If you participate in the Adopt-A-Block program at WCU, the sessions are only 30 minutes each and involve a short walk around a block as you pick up trash. An example of a longer service opportunity would be full blown events, like Relay for Life, that took place Saturday, April 2, from 12:00 p.m. to 9:00 p.m., or nine hours of service.

No matter how much time you can give, going out of your way to serve benefits not only those you impact, but also yourself in more ways than one. Service is cyclical, as giving back provides a never-ending loop of positive feedback to all that participate.