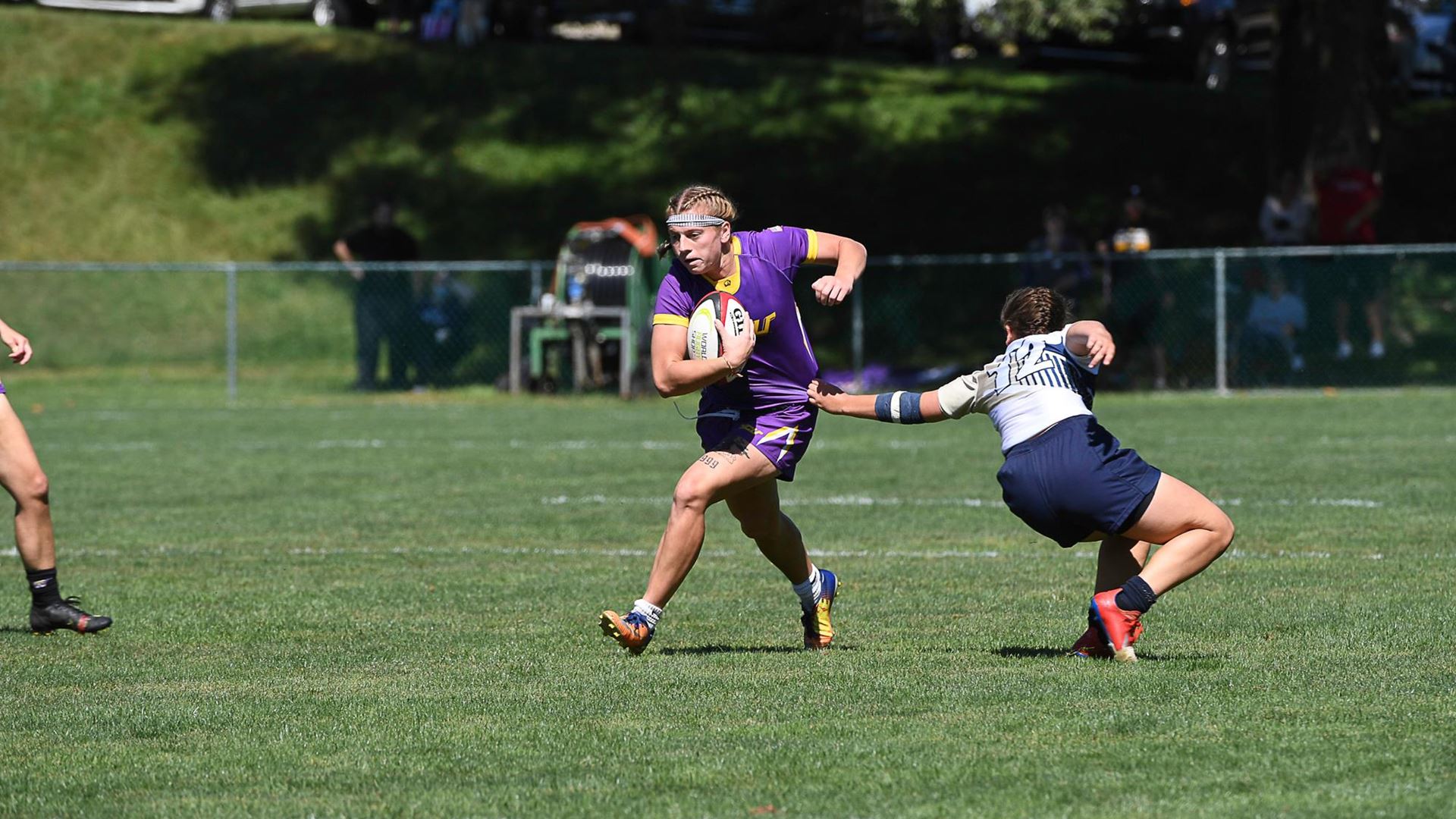 West Chester University’s women’s rugby team is back in action, kicking off their spring season with the Bloomsburg 7s tournament on March 26. This is the first spring season for the Golden Rams since 2020 due to COVID-19, and the first time they have stepped on the field since participating in the National Intercollegiate Rugby Association (NIRA) Championship in November.

For those who are not familiar with the game of rugby, it is a high-intensity sport that mixes elements of soccer and football. The objective is to try and ground the ball behind the opponent’s try line and into the in-goal area. Rugby is a very physical sport that includes tackling, ruckling and scrums, the latter two being ways for teams to either keep the ball or try and steal it. The sport originated in Warwickshire, England in the 19th century, and has become increasingly popular in America in recent years. In fact, Global Sport Matter reports that in a 10-year measurement ending in 2016, the number of rugby participants increased by more than a million.

Typically, rugby is played between two teams of 15 players, with two 40-minute halves. However, for the spring tournament season, matches are played between two teams of seven players with two seven-minute halves. There are several notable changes during the 7s season play including three player scrums (compared to eight), drop kick conversion attempts (instead of place-kicks), and two-minute halftime intermission stoppages (compared to 10 minutes in regular play).

West Chester brought two teams to Bloomsburg for the first tournament of the season. The Purple team went 3–0 with key victories against Penn State and Bloomsburg. Autumn Czaplicki, a senior from Pillow, Pennsylvania, led the Purple team with 22 points and guided her squad to an undefeated finish. The Gold team added an additional win for the Golden Rams, improving their overall record of the weekend to 4–2. Olyvia Eckard, a junior from Hempfield High School, finished with 14 points on two tries and two conversions for the Gold team.

The Golden Rams will be traveling up and down the East Coast for several more tournaments in the coming weeks. This Saturday, April 9, they will be heading to Charlotte, North Carolina to participate in the Queen’s 7s tournament. They will follow this up with a trip to Princeton, New Jersey, before concluding their season with the Army-West Point 7s tournament on April 30.

This past fall, West Chester finished with an undefeated regular season record and made their second consecutive championship appearance with a matchup against American International College. These upcoming tournaments will provide valuable experience for a team that has been amongst the most successful programs in the state of Pennsylvania in the last several years. The players will have a chance to compete for multiple tournament titles, while also preparing for the fall season.

For more information on the women’s rugby team, including ticket sales, tournament information and how you can get involved for next season, visit the West Chester Golden Rams Athletics website.