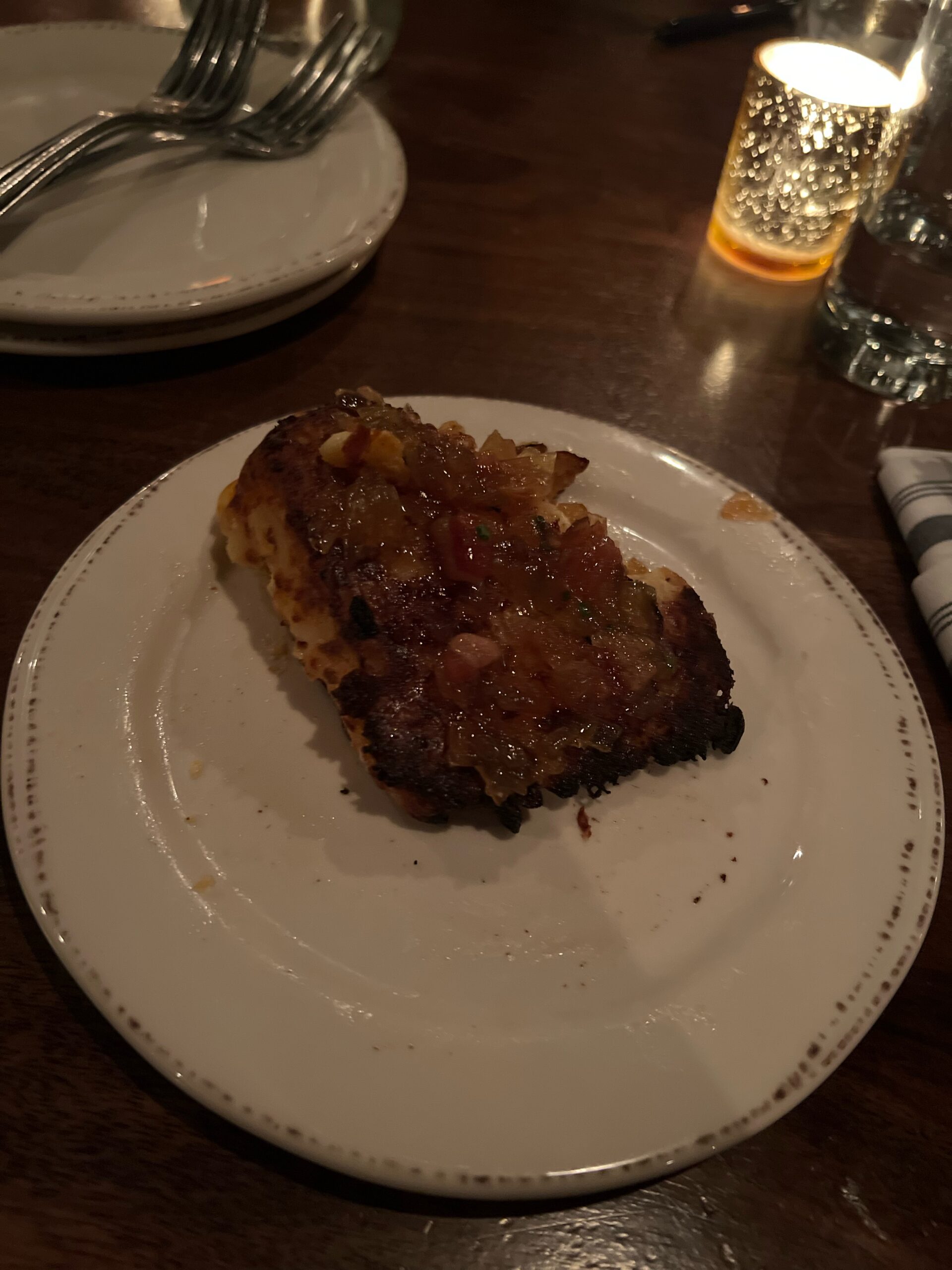 The Local Eats Lens is a new series here at The Quad, where our focus will be pointed in the direction of restaurants that are unique to the West Chester area. Under the microscope first: Slow Hand.

My group and I made our way through town to N. Church Street, where the banner reading “Slow Hand Food & Drink” hangs from the former West Chester Fire Co. building.

Upon entering, the rustic 1970s feel hit immediately. On this winter evening, the lights were dimmed over the finished wooden tables and exposed brick beams. The industrial nature of the building was embraced rather than hidden away.

Featured on the wall above the bar is a large portrait of the late Conway Twitty, a former country singer and songwriter, who famously wrote the song, you guessed it, “Slow Hand.”

“The song is about taking your time and doing things the right way in a relationship,” owner and chef, Craig Russell, told me. “So we adapted that to the hospitality industry.” Russell continued to describe the atmosphere at Slow Hand as a casual environment, where people can get creative, passionately-driven food and drinks, even featuring live local music on Thursdays and Fridays.

The experience and feel of Slow Hand is top-notch and extremely unique, a trend that continues throughout their menu as well.

The food is best described as “Upscale American Comfort,” and the menu certainly reflects that. Of the many things that Slow Hand does offer, Russell told me his personal favorites were the three mini American-style burgers called the Belly Bombers, so of course, I had to try them. The three dishes that I had in addition to my Belly Bombers were the Baked Mac & Cheese, the Mussels and the Nashville Hot Chicken.

It was easy to see why the Belly Bombers were Craig’s favorite. They were simple and delicious. There are no three more important toppings for a burger than pickles, onion and cheese, and the Belly Bombers checked each of them in elegant fashion.

The Baked Mac & Cheese was plated in a rather unique way, almost like a slice of cake. The cheesy triangle came with a bacon jam on the side, which, according to our taster Kyle, “was a great addition considering the form factor of the dish.” He continued, “The crust on the slice created a great texture balance between that and the creamy cheese.” Overall, Kyle seemed thoroughly pleased.

Taster Keith’s mussel dish left him feeling full and happy as well, as the garlic sausage paired with the pickled chilis was a fantastic combination. “These were the best mussels I’ve ever had.”

The fourth entree was the Nashville Hot Chicken, served in its traditional style alongside pickles and a slice of white bread, and enjoyed by our final taster Jules. Jules commented that, “the chicken was really well-cooked and very juicy,” and, while “wings can tend to be dry, these definitely weren’t.”

In addition to dinner, our group muscled up the stomach strength to add dessert to our evening, settling on the Drop Donuts. These fried dough balls were light and fluffy, served alongside plenty of powdered sugar and a bourbon and pastry cream sauce. They were crunchy and light, and very flavorful, perfectly wrapping up our evening.

Russell told me initially that Slow Hand offers an additional product aside from food and drink- their service. It was very clear that that was the case. Slow Hand served our group a wonderful meal and a fantastic experience.

You can find Slow Hand’s hours, location, and menu on their website slowhand-wc.com or on their Instagram @slowhand_wc.