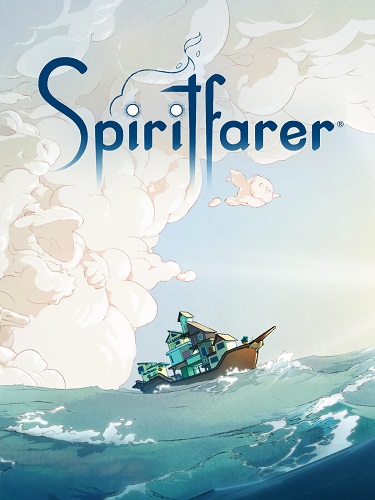 There are few things that have the prestige, the compliment, the honor, of bringing me to tears from quality. I am usually a very emotionally muted person when it comes to the media that I digest and I often struggle to empathize close enough to the characters in a story to make me cry.

Schindler’s List is the only movie that comes to memory as literally anything else that has actually made me tear up in any fashion. It’s story was so harrowing with as good an ending that you could have in a story like Schindler’s list.

The “else” part of that statement is the other thing that has made me cry. Enough that, to this day, I worry about playing the game or listening to the signature song of its soundtrack in fear of my crying my eyes out. It’s somber, loving and beautiful at heart. It has the gut wrenching horror of loss yet the wonderful childlike glee of innocence. It has stories of love. Romantic love for another or familial love of brothers. It tells the story of the journey of a man’s exploration of his life’s work and his calm acceptance of its end. And how all of these weaved with the tale of the main character.

This game, is called “Spiritfarer.”

“Spiritfarer,” as boiled down as I can get it, is a base management/2dplatforming game where you complete objectives for the eponymous spirits until they are fulfilled enough to finally enter the afterlife through the eyes of a young girl named Stella, the player character. Their requests often are in the form of fetch quests and completing certain tasks. Sailing around the world in your massive hub of a base that grows in size the more people you meet and the more that you travel.

Speaking of the world, “Spiritfarer” has the unique distinction of being a game about death, but it generally looks like a nice place to live. Most of the time, when themes of death are a prevalent part of the media, it often has a habit of showing that in every part of its world. It’s often a grayscale depression bonanza with every character ceaselessly discussing the many different awful things that are happening around the world. Often it is driven to the point of hilarity.

“Spiritfarer” isn’t like that. Its world is a refreshing splash of colors and emotions. Instead of people talking about how they had to eat out a baby’s skull or whatever, they talk about normal, everyday topics like the weather, one’s favorite food or their family back at home. They feel like they have lives away from the world that you see and that if they were not here, they would have plenty to do elsewhere. They have so much to talk about regarding their lives and none feel like another. They feel like human beings.

They are more than just speech bots however, all of your passengers have had lives and experiences of their own of course and that can come in handy. Throughout the course of the game, each one of them gives you something that permanently helps you throughout your journey. Once difficult or complicated tasks are given an easier technique directly taught to you by one of your many teachers. One introduces you to the turtles in the game which all then begin to help you by providing you a space to grow resources off of their backs.. Another teaches you the incredibly important technique to sooth the sea dragons that exist throughout the world. Another teaches you how to cook “real meals” after eating some of your stuff and saying he wants to eat food, not survive off of it. It helps a load to reinforce the idea that each of these people have experiences and have had lives of their own. This helps a great deal with a concept that is often talked about a lot in circles of game critics called ludonarrative.

Ludonarrative is the concept that the story of a game should sync and be relevant to the gameplay. Let’s say that you are a sailor and you boast to all of your friends about how great you are at sailing. Once you start that journey however, you’ve got nothing but a dinghy of a boat and not a clue how to row. That idea that you not only didn’t have the proper tools to actually sail despite your braggart nature, alongside your inability to travel even with that shows a stark contrast of what the story wants you to be and what you actually are. A more common example is that of an open world game with an apocalyptic plot. No normal person would take time out of their day to pick flowers and talk to the local townsfolk about fishing or fruits if the end of the world is entirely dependent on you to stop it. It really doesn’t help the narrative by the game’s desire for the player to mess around. That is an example of ludonarrative dissonance. If the game wanted to reinforce the apocalyptic circumstances, they would strongly incentivise the player to go straight to the solution to the apocalypse and try to stop it as soon as possible.

“Spiritfarer” is a master of ludonarrative synchronicity.

Everything your passengers do and say help you understand what they need to pass through the Everdoor. All the different devices that they teach you how to use helps you with the many different tasks that will be laid before you and before long you grow attached to all of the people that have helped you along the way. Again, they all feel authentically human.

Human beings have to make a tough choice: to go through the Everdoor.

The Everdoor is the pathway for all spirits to reach the true afterlife. Once any of the many, diverse characters goes through that gate, it’s over. You never see them again. What remains of them is the skills that you gained from them and the quaint homes that you have made for them while they were still on your boat. The game wants to make SURE you understand the permanence of the Everdoor.

After you are shown how permanent the choice is by any of the characters, you try to find out when the others want to leave. You begin to treasure and value those that you have grown attached to until their ultimate decision is made as well. Each one of them has a heart wrenching monologue as you bring them closer to the Everdoor. The weight of their final chance settling into their minds as they tell you what they want you to know the most about them.

I don’t usually want to say anything that is too spoilery in any of the things that I write about but I will make an exception here. Everything beyond this point will be major spoilers until the final paragraph.

My particular favorite character’s whole struggle was the loss of his older brother. While his brother didn’t die, there was next to no chance for his brother to ever be the same way again. He loved and cherished his brother and will talk about him non-stop. When the older brother was not vegetative, the two were inseparable with the younger following his brother up until the very end. His attachments to his brother show through his missions, his house, the event he introduces to the player and the devices that he teaches the player how to use.

When he finally agrees to go to the Everdoor and leave into the afterlife, his monologue is blunt, brash and coarse, like how he has always spoken to you. Yet comes with it a sense of weightlessness from the acceptance of his decision to go into the afterlife. He understands that his brother will never and can never be the same and that is fine. He is ready to let his brother go. He is ready to move on.

I haven’t said anything about the character you play as, Stella, because she has such a precious point of view about her own journey through the world. She has feelings and emotions about all the people that you have seen come and go throughout your adventure and despite the fact that she never speaks, is still a well fleshed out character like all the others. Her own feelings are felt through how she treats others. Her expressions do much of the same.

That I won’t spoil for you.

“Spiritfarer” is a beautiful game that I recommend everyone play if given the chance. It’s grounded writing and wonderful world combine excellently with the gameplay and platforming mechanics.