The Arts Come to West Chester 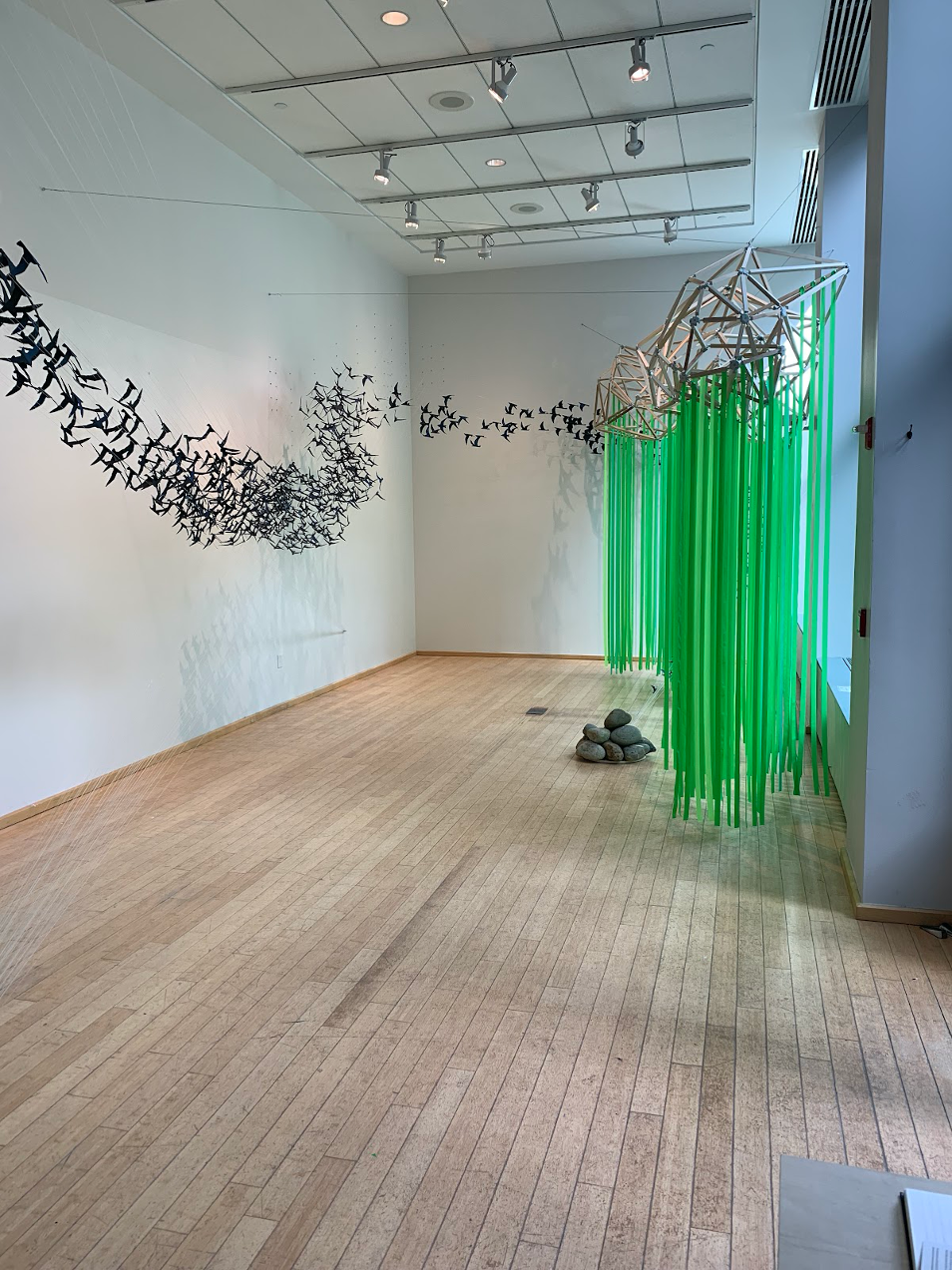 The arts are a huge contribution to today’s society and are an outlet for so many artists to captivate their message. West Chester University has the privilege of welcoming two new exhibits to campus: “Network Connection” and “We the Women.”

I had the pleasure of seeing both exhibits and both were beautiful. “Network Connection” is by Erica Zoè Loustau, who is a professor here at West Chester University. The exhibit displays an eye-catching piece with birds seemingly floating all around the space through green streaks hanging in the air, with strings connecting everything up, like the name of the piece states.

The “We the Woman” exhibit was curated by Designers and Organizers Michele Cooper and Kelly Holohan who define the exhibit as “a visual initiative made up of female, female-identifying and non-binary designers using our talents to bring awareness to the general public focused on women’s rights in the United States of America […] Michele Cooper and Kelly Holohan [the artists] invited women designers to contribute their talents in the form of poster designs. Each designer’s unique perspective is represented in the collection and is a response to the attacks on women’s rights.”

A lot of the posters are very symbolic of stereotypes and misogynistic things women go through. For example, one poster, created by Anne Giangiulio, titled “Texas is One of the Worst States for Women’s Health” is very current in today’s news. It references the announcement that abortions would be illegal in Texas as soon as the pregnant person was six weeks into the pregnancy. Giangiulio writes in the bio of the piece that “they say everything is bigger in Texas and unfortunately this also applies to the challenge women face in The Lone Star State trying to stay healthy.” On the actual poster, she lists a lengthy fact sheet on why this is true.

Patricia McElroy’s piece is titled “Silence = More Violence, Speak Up Against Abuse.” She writes, “Abuse against women in its many forms has no place in today’s society and our voices must be heard loud & clear.”

On a lighter note, Calan Ma’lyn titles her piece “The Future is Female,” symbolizing the dominance and accomplishment of  women breaking into what used to be well-known male-dominated spaces. She writes in her bio, “We’re entering a new age; one filled with creation, intuition, community, sensuality, and collaboration. Let’s celebrate and embrace the Divine Feminine.” Many more pieces in the exhibit portray and present what women go through and feel, which I encourage you to see for yourself. Both exhibits will run from Feb. 7-24, with the “Network Connection” piece staying up a day later. Also, both exhibits can be viewed Monday through Friday from 9 a.m. to 3 p.m. So go on over and take in the art or decompress from the never-ending college life and appreciate these amazing artists’ work.