When the Math Just Isn’t Mathing: A Response to Recent Thomas Jefferson Article 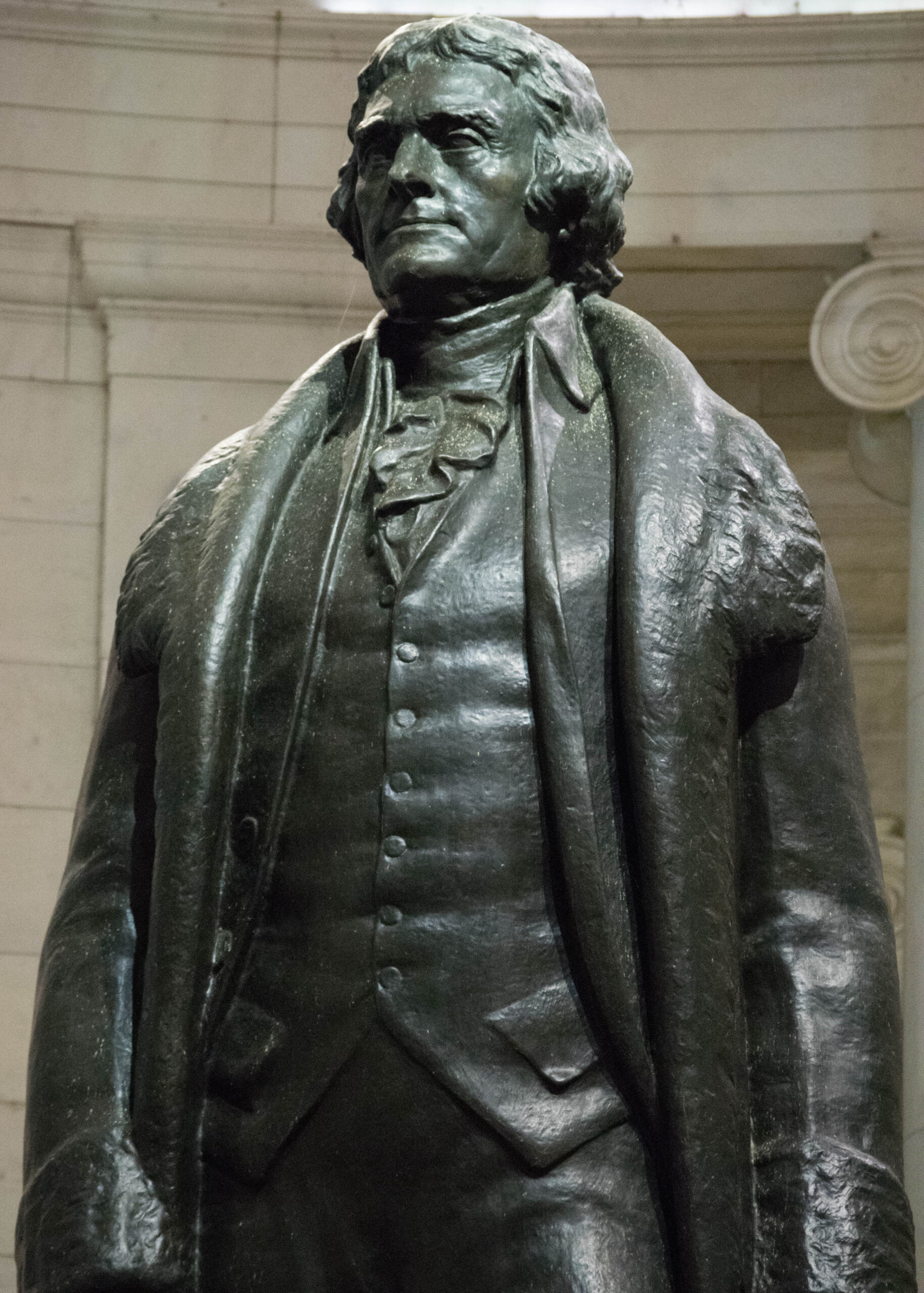 Last week, an article was published in the Op-Ed section of the Quad titled “Thomas Jefferson: The Degradation of a Hero.” According to the author’s opinion, the statue of Thomas Jefferson in New York City Hall should not have been removed.

The statue was taken down after a unanimous vote by the New York Public Design Commission to remove Jefferson’s likeness from the site as a result of his status as a slaveholder.

The author of the aforementioned article agrees that Jefferson being the owner of enslaved people is wrong and a stain on his history; however, she goes on to make the case that Jefferson most likely shouldn’t be “canceled,” as he was a “pillar for the founding of a nation and attempted to abolish slavery throughout his life.”

While I understand that the argument here is that Jefferson was sort of a progressive for his time, I personally have a hard time analyzing historical figures like this and seeing how one part of their history can completely justify another.

Looking at Jefferson specifically, it is true — he was a founding father. But the nation he founded was built on colonization, racism and painful destruction. So yes, he was a pillar, but he was the pillar of a nation that still upholds these concepts over 200 years later.

In this way, it makes total sense that he was the owner of 600 slaves. He, like most of the other “heroes” of early America, were racist and reliant on white violence. Jefferson owned 600 human beings. To me, there really isn’t anything he could have done to render that fact just a minor hiccup. Especially when people around the world are still being affected by it.

It doesn’t make sense to me to think Jefferson deserves any sort of sympathy or redemption arc in a country whose pain he contributed to. The math really just doesn’t add up.

To leave the statue up would be to leave the direct descendants of enslaved people in a place where they are looked down upon by a man who owned their ancestors. Admittedly, as a white woman, I will never know what any of this feels like. That being said, it seems to me as if listening to the people and the voices of those who have voted to have the statue removed would most likely be the most helpful thing to do in order to actually make progress.

It’s not enough to just say that Jefferson would have been progressive for his time; intention never outweighs effect. And so while he might have called slavery a “hideous blight,” he willingly contributed to it at least 600 times over, and to add any if, ands or buts to the situation is to continue white-washing American history in a way that accepts, if not ignores, the pain of People of Color and writes it off as just a side-effect of a greater, successful narrative.

In reality, the pool of people who have lived lives that are truly deserving of a statue dedicated to them is probably quite small. And I have a hard time thinking that anyone in that pool would be a white man from the 18th century.

Jefferson is no different than any of the other people who founded this entire nation on stolen land. While that doesn’t mean their every waking moment was spent plotting ways to suppress and dominate others, it is dangerous to ignore the ways in which they ended up doing these things and the ways in which they established a country that would continue doing them as well.