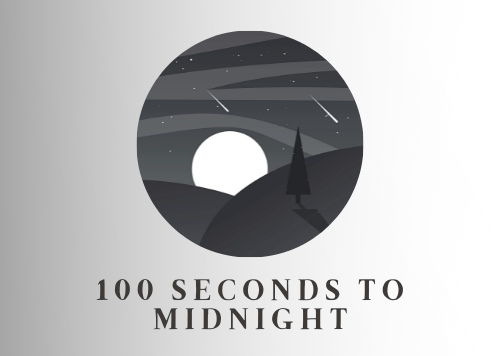 1945 was the year that saw the end of World War II, the first and last use of nuclear weapons in the scene of combat, and the creation of The Bulletin of the Atomic Scientists from the University of Chicago and Albert Einstein. 1947, just two years after The Bulletin was founded, the Doomsday Clock made its debut. Should the clock strike midnight, an apocalypse is not far behind. From climate change to weapons of mass destruction, the clock takes into account all the factors which could spell the destruction of humanity as we know it.

Since the creation of the Doomsday Clock, the minute hand has ticked closer and farther away from midnight a total of 24 separate times. The very idea of a clock being able to move forward and backwards is eye-opening, because we usually view time as an ever-marching forward force. No matter how grim the article may seem, it is possible for humanity to rewind the Doomsday Clock which should act as an ever-shining beacon of hope, and a reminder of what is possible when we work together.

What has led to humanity being so close to midnight — so close to the apocalypse? First, let us go back to the last time the clock ticked backward. In 2010, the last time the Doomsday Clock turned back, was because the ratification of the new START nuclear agreement was ratified between the United States and Russia. During this time, the United Nations was taking steps to mitigate the effects of climate change through actionable agreements.

The main cause behind the clock rolling back a minute in 2010 was humanity taking responsibility for their impact on the climate and working together to decrease the nuclear threat. When actions like previously stated occur, the clock rolls back, and can roll back as long as we collaborate and talk to each other.

The farthest the Doomsday Clock ever rolled back was to a full 17 minutes during the George H. W. Bush administration, in 1991. The reason behind the clock turning back so far was due to the collaboration between the United States and Russia. They signed the Strategic Arms Reduction Treaty, or START I. Less nuclear weapons in the world creates a safer world for humanity. The other reason for the clock turning back was due to the dissolution of the USSR, leaving behind space for democracies to grow.

Today though, we are at 100 seconds to midnight, because of dangerous political rhetoric, the cutting of relations between the United States, Russia, China and Iran, and the threat of nuclear weapons in Iran and North Korea. Nuclear non-proliferation treaties are not being re-ratified, and climate change is failing to be dealt with in a meaningful way. Russia and Ukraine seem to be on the verge of war, while NATO and the U.S. brace for conflict as well.

The world does not look that great. Humanity’s leaders seem to be falling short, but change can come from anywhere and anyone. While I don’t believe any of us can single-handedly end climate change, we can work through community service to clean our community. We can dedicate our time to others, or advocate ourselves for a world with less nuclear weapons and more cooperation. In the end, the Doomsday Clock is a warning, not a prophecy, and can be turned back through our actions.