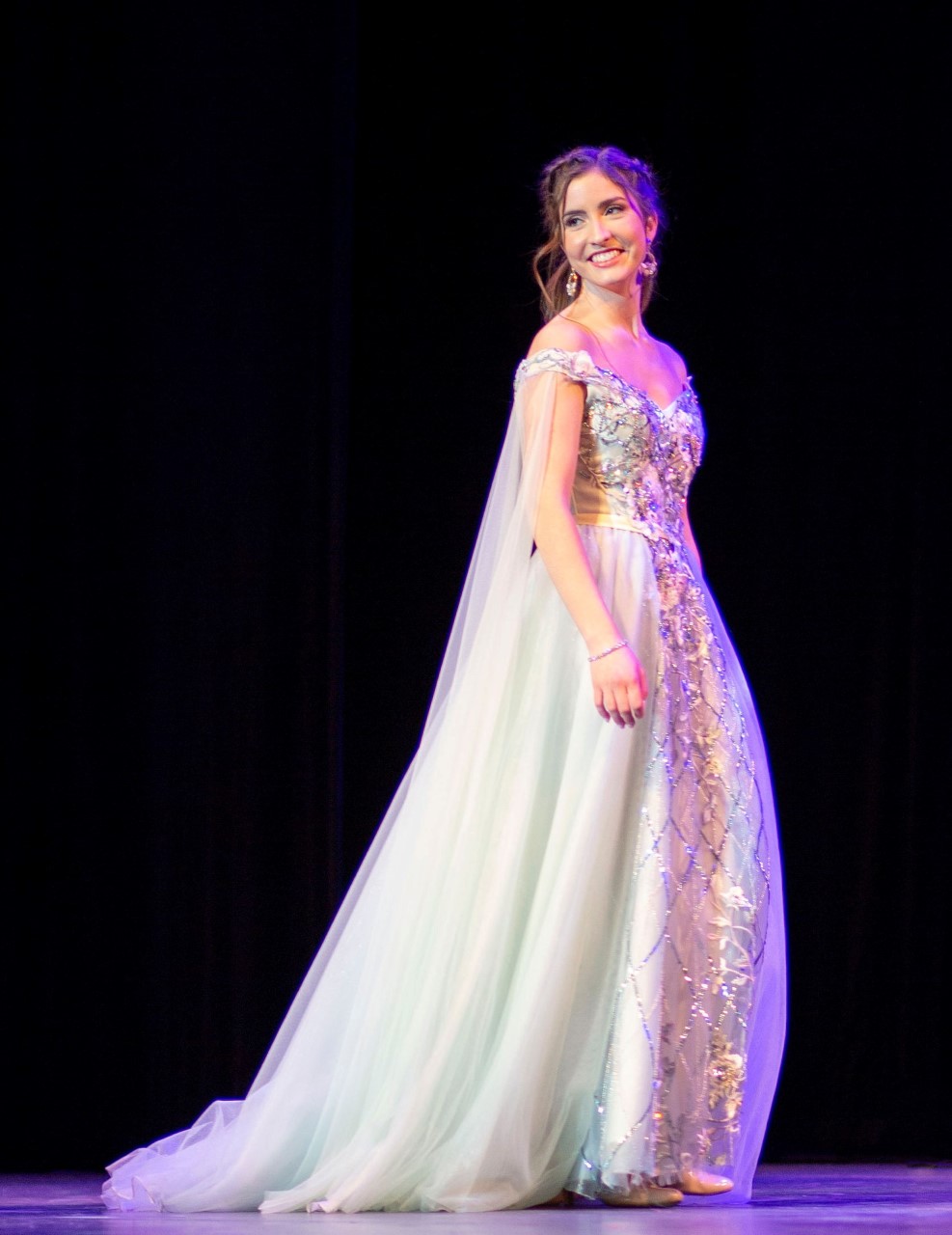 On Feb. 5, 2022, Julie Stinson was crowned Miss WCU 2022. I sat down with her this week to talk about the process, the event and her feelings after being chosen.

Julie Stinson is a freshman at WCU from Lancaster, PA majoring in Business Management with a minor in Dance Performance. She hopes to be a production manager, helping with tour planning and loading. On campus, she is also involved in Best Buddies, the Incomparable Golden Rams Marching Band Color Guard, University Theatre and Honors Student Association.

The process of trying out for Miss WCU started in October, but Julie really started getting serious in January 2021. She decided to run for Miss WCU because she has a very strong passion for West Chester and she really wanted to promote her platform, which was “Inspire Through the Arts: Music and Arts Education.” Julie wants to promote the arts and get both college students and K-12 involved in arts education. As Miss WCU, she hopes to see how we can grow the impact of the arts on campus, and increase involvement of children in the arts in local schools.

There were multiple parts that contestants were judged on including formal wear, casual wear, talent and interviews. Each of the contestants chose a platform to engage in, and some of the other platforms included The Trevor Project, animals in shelters and women’s health. The contestants were narrowed down to the top three, and after answering one question, the top candidate was chosen. When Julie was chosen, she said she was in shock and it didn’t sink in until the next morning.! She is so grateful for being chosen and for this opportunity.

Julie is very excited to learn more about the WCU campus and community through her time as Miss WCU. Since she is a first year student, she believes she will see the campus from a different perspective. When asked for a piece of advice for those wishing to run next year, she said “just do it!”. To follow her journey as Miss WCU, follow @misswcuorg on Instagram. You can request her at an event using the following link: https://docs.google.com/forms/d/e/1FAIpQLSc7f_LW0SQs6Kj5x8YiGQWgSiYzdq5fqd6Qmdba7gFnvtFWAw/viewform

Hally Everett is a fourth-year Media & Culture major with minors in Health Sciences and Entrepreneurship. HE885418@wcupa.edu