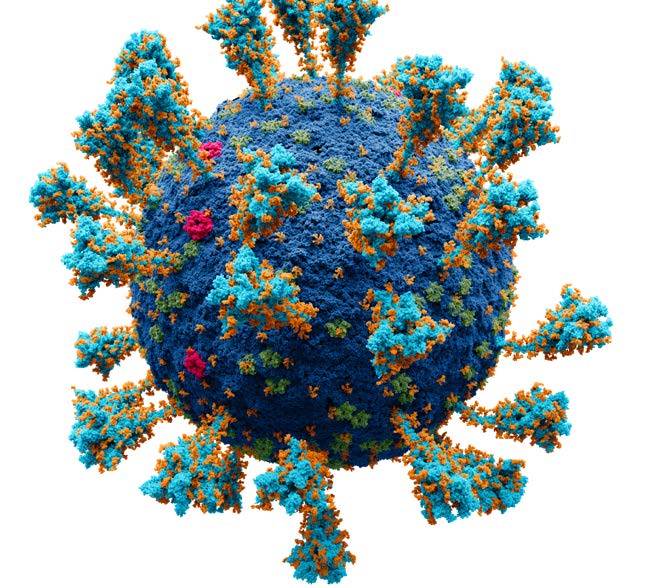 West Chester University of Pennsylvania is just two weeks away from successfully completing its first full, in-person semester since fall 2019. However, the burgeoning COVID Omicron variant threatens to revert day-to-day life back to the old new normal, with the first Pennsylvania case being found in a Philadelphia man this past Friday, Dec. 3.

On Nov. 24, researchers in South Africa began reporting evidence of a new strain of SARS-CoV-2 to the World Health Organization (WHO) after a sudden uptick in cases in Gauteng. Within two days, cases of the variant were discovered in the United Kingdom, Munich and Milan, and the WHO designated the new strain with the Greek letter omicron.

The WHO is yet to confirm any of the virulent properties of the omicron variant that make it different from the pre-existing COVID strains. However, the possibility of it being far more high risk warranted the classification “of concern,” and since the first omicron cases were detected in the United States in San Francisco on Dec. 1, in Minnesota and Colorado on Dec. 2, and in New York on Dec 3, the nation has been abuzz with the fearful possibility of another major lockdown.

President Joe Biden addressed the rising threat during a Friday press conference. “We cannot build a wall around America,” said Biden. “In order to beat COVID, we have to shut it down worldwide […] In the United States of America, we’re doing everything that needs to be done to take care of the American people within our borders. But look what’s happened […] We’re starting to make some real progress, and you find out there’s another strain.”

As fall semesters across the nation end, many universities have been non-commital to the degree to which they will consider returning to remote learning. Gerri Taylor and Anita Barkin, co-chairs of the American College Health Association COVID-19 task force, have since commented on these complications. “Colleges have done an even better job than many organizations in controlling [COVID] cases,” said Taylor on Tuesday, Nov. 30, prior to the first US omicron case. “They have mask requirements, vaccine requirements [and] physical distancing […] Leaders on campuses need to communicate that they are aware of this variant, that they are monitoring the situation carefully and that they will make decisions based on the best scientific information and the data available.”

At West Chester University, communication is something that at least exists to some degree. On Dec.1, likely hours from the initial case appearing in the US, WCU Vice President for Student Affairs Zebulun R. Davenport reached out via email to the entire student body. “We know [following COVID protocol] has not been easy,” said the communique from Davenport. “While we are not yet back to ‘normal,’ we remain together, in-person, and primarily healthy — this has been our University’s goal.”

However, it might not be just the omicron variant that people have to worry about. COVID cases have been on the rise for weeks since the new variant was detected. Pennsylvania case counts have increased ten-fold since the start of the summer, reaching levels that mirror early January 2020. The WCU COVID dashboard tells the same story, active case counts have doubled from pre-Thanksgiving break numbers. Although the Dashboard has shown to be somewhat unreliable, the degree of change can not be ignored. The Asplundh Concert Hall testing center at WCU returned 30 positive results on 498 tests between Nov. 29 and Dec. 1.

This is all news nobody wants to hear. The world much rather preferred the thought that it was finally resting on the tail end of a major catastrophe, than that it was cherishing a brief moment of respite in the eye of the storm. Nevertheless, indifference breeds disaster, and the moment the world starts eschewing health protocols in the name of freedom will be the moment the death toll rises and government suggestion becomes mandatory executive action. As West Chester submerges for its seasonal hiatus, lets just hope there’s a pocket of air to breath upon its resurfacing.