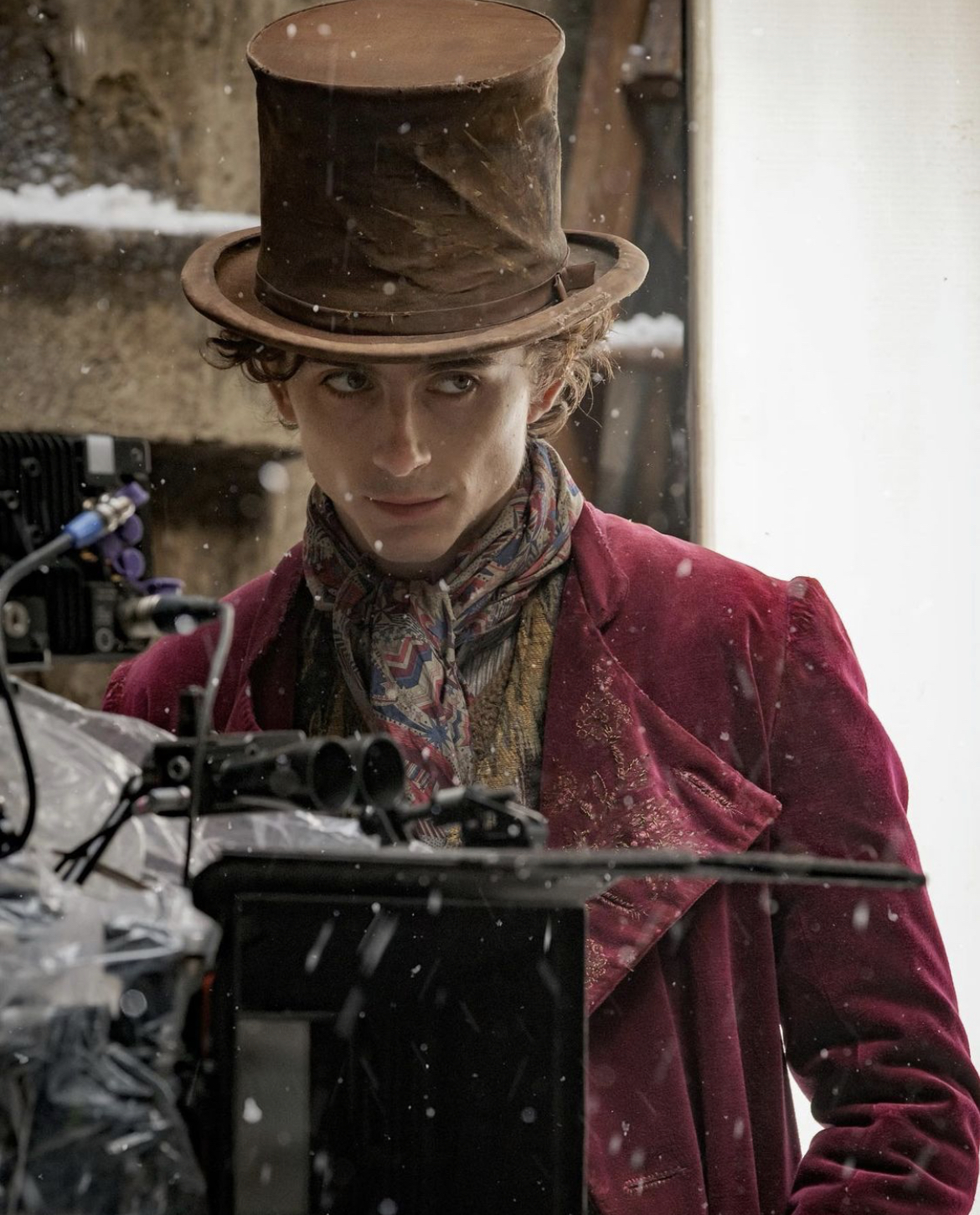 On Monday, Oct. 10, 2021, Hollywood star Timothee Chalamet hinted via his Instagram at a new Willy Wonka role with the caption “The suspense is terrible, I hope it will last.”

Chalamet has set the stage for a glimpse into the origins of Willy Wonka. Mel Stuart’s 1971 “Willy Wonka and the Chocolate Factory” will pass the torch to Paul King for “Wonka,” a musical prequel featuring the history behind Willy Wonka himself. King is joined by producer David Heyman, widely known for his work on the “Harry Potter” films, and I must say that the men behind the film seem favorable.

Chalamet’s Instagram post was met with immense excitement among fans of the young star and Willy Wonka fans alike who expressed their excitement for the film, commenting, “I have never been so excited for anything.”

Other comments included “I’m gonna have dreams about this tonight” from MTV and “Absolutely.” from “Dune” costar Zendaya.

Though largely receiving positive feedback from fans, the film acquired some concern as well, with Twitter users claiming, “Gene Wilder is the only valid Willy Wonka” (via @reissecupalt), and “I don’t need a sexy young Willy Wonka movie” (via @joshgondelman), among other comments.

As Chalamet concluded filming in Lyme Regis, England, a historical town bordering the Cobb harbor, a video from Twitter user @_ARTSARTSARTS showed the Hollywood heartthrob singing while riding on the back of a truck. Art Dougherty, who leaked the video, comments in a Vulture interview, “even just from his walk I was like, he’s got this down,” praising Chalamet for his portrayal of Wonka.

I can’t help but agree with Dougherty. Though others claim a “sexy” reimagined version of Wonka is absurd, I doubt that the goal of the future Warner Bros. film is to portray Wonka in this way. In fact, I think Chalamet was an excellent choice for the role. The young actor has almost an awkward disposition about him that I believe complements Wonka in a way other actors would not have portrayed as eloquently. In addition, from the teaser photos, it seems the style of the 1971 film is continuing to be portrayed in this modern prequel, with Chalamet adorned in the signature top hat and burgundy coat — a respectful choice on King’s part.

As far as the plot is concerned, we know little information other than the film taking place prior to Wonka opening the doors to his famous factory. The 2005 remake, directed by Tim Burton and starring Johnny Depp, explored the backstory of Wonka’s father being a dentist, which fueled his desire to open a candy factory. Will King’s prequel follow this path, or will it take inspiration from Roald Dahl’s novel? Only time will tell.

I don’t know about you, but I am certainly anticipating the release of the film. Set to open in theaters on March 17, 2023, “Wonka” is sure to be a hit.