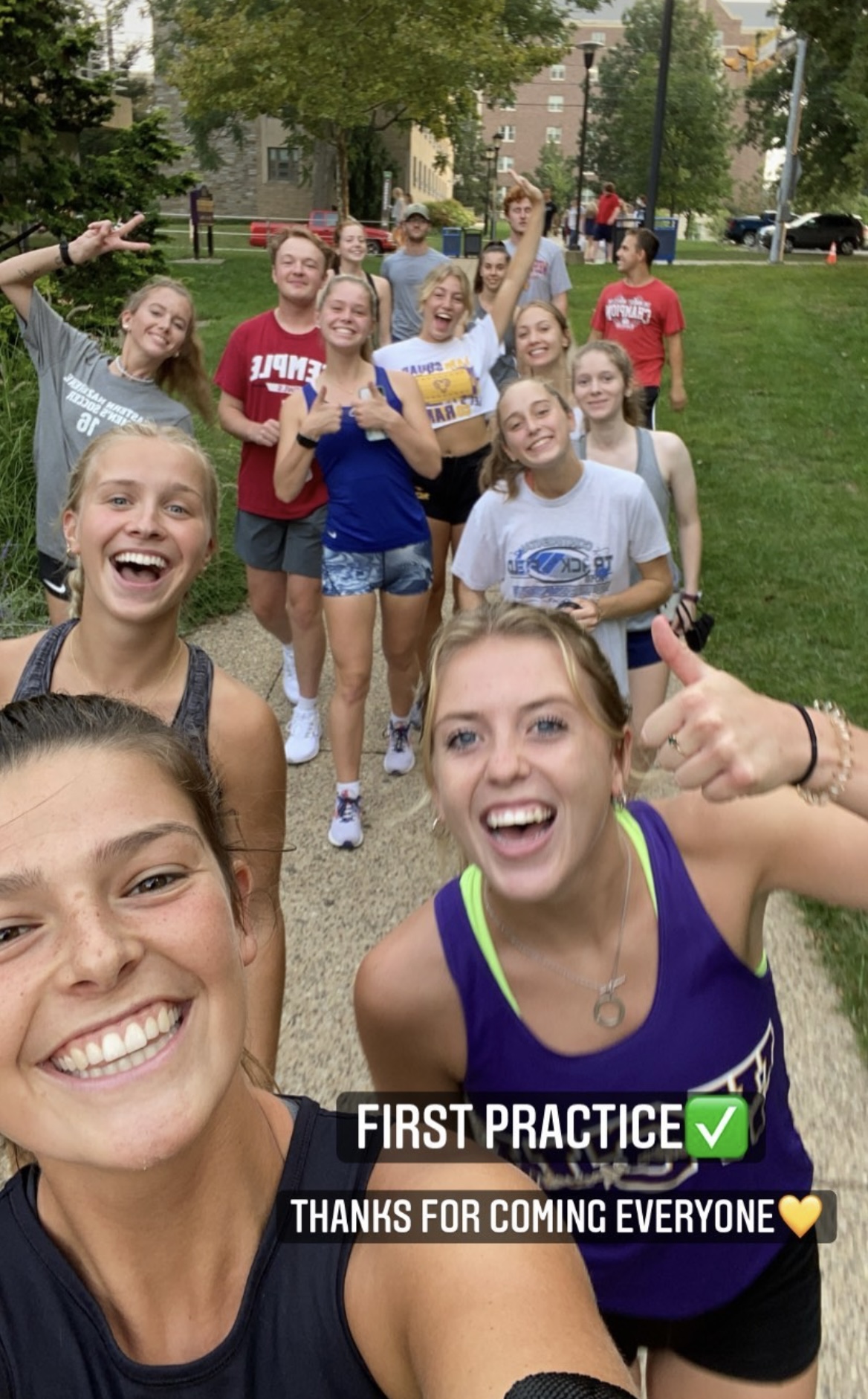 West Chester University has over 300 different clubs and organizations within the community, and it just gained one more. The West Chester University Running Club, formed by senior President Sydney Galster and senior Vice President Gina Mattera, is welcoming all runners regardless of ability. The club meets twice a week on Tuesdays and Fridays for fun runs ranging from 2-6 miles. The group has recently been running through town, through local trails and new routes are added pretty much every week.

Founders Sydney and Gina have previously ran for the WCU Varsity Cross Country and Track team, but did not like the pressure that came with running for the school. Instead, they came up with these stress-free fun runs to bring together runners that enjoy running with other people like themselves. I had the opportunity to talk with Gina this week to get an inside look at the WCU Running Club.

Why did you and Sydney start this club?

“I did Girls on the Run when I was ten years old, and Sydney has been running since middle school, and we just knew it was something we always loved and didn’t want to give up. We decided that since there wasn’t anything a step below varsity, that we wanted to do something that the whole community, and all of West Chester, could join at any level. We knew that we would have multiple groups, so it wouldn’t be competitive and we wanted to encourage any runner, whether beginner or advanced. It’s been an amazing thing to start.”

What do practices look like for the WCU Running Club?

“When we get here, we do a little bit of a dynamic stretch. After that, we talk about our loop, they range from 2-6 miles. We split up in a fast group and a slower group, and we kinda just go at our own pace. It’s just a relaxed running environment. Everyone is talking and having fun.”

What are some goals for the Running Club? What can members be looking forward to?

“Moving forward with Running Club, I am looking forward to it becoming an official West Chester club and getting more recognition towards the school and bringing attention to more runners. Doing small races as a club is also something that we are looking forward to.”

A few members of the WCU Running club will be racing at the Chester County Color 5k, Saturday Oct. 9. If you’re interested in joining them, students get $10 off their registration with code “CCWCU”.

Why should people join the WCU Running Club?

“People should join if they enjoy running and doing it with a group of people at a relaxed pace. The Running Club has brought me a new group of friends and it is a great way to get involved and meet people with similar interests.”

If you’re someone who loves to run, or even just wants to get/stay in shape, the WCU Running Club might be the one for you. Interested in trying it out? The club meets this Tuesday at 6 PM. in front of Sykes Student Union.