Climate Change: Is Our World in Hot Water? 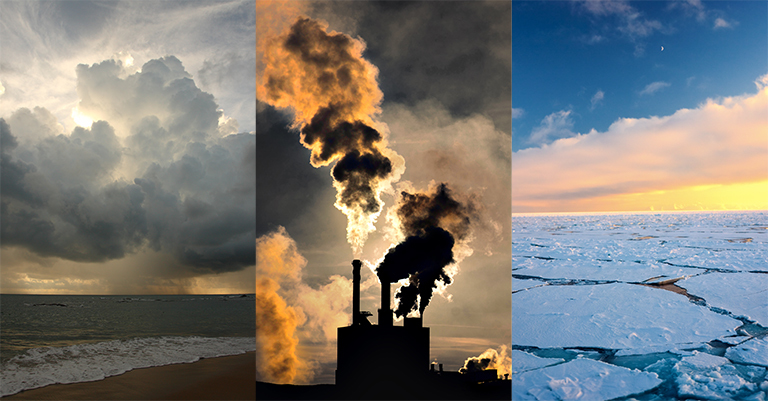 Hurricane Ida’s wrath brought climate change close to home. After watching many in our area lose their homes and businesses, I know that climate change is responsible for the intensity of the damage. Therefore, we must reduce climate change to weaken future hurricanes.

That is not normal. PBS-affiliate WHYY believes that tornadoes were once rare in the region and are becoming more common now. Victor Gensini, a meteorology professor from Northern Illinois University, has said that his team could find evidence that the Delaware Valley has seen an increase of tornadoes.

He also believes the Midwest, once a hotbed for twisters, now sees less of them.

National Geographic has said that while the rise in global temperatures has caused more moisture to be held in the air, resulting in more storms, wind shears decrease, thereby falsifying my claim that climate change causes more tornadoes. As a result, it isn’t straightforward to predict which region will receive more twisters.

That said, climate change has caused more hurricanes to be damaging. For example, as glaciers and ice caps melt, especially in Antarctica, the sea levels have risen. If they keep growing, cities that reside next to an ocean are vulnerable to going underwater, as geologist Edmond Mathez from the American Museum of Natural History claims.

If Antarctica and Greenland were to melt completely, Mathez says, sea levels would rise to approximately 230 ft., completely covering all coastal cities with water, leaving only some land unscathed.

The rising sea levels relate to hurricanes because the Environmental Defense Fund explains that they can cause storm surges, water pushed inland by the wind. Once the climate gets warmer, there are better chances hurricanes will spawn and get even nastier.

Water expands as heat builds up from climate change. The more evaporation and moisture in the air, the more rainfall clouds will dump. The EDF brings up that Hurricanes Dorian and Laura “rapidly intensified close to landfall, making it much difficult to predict the potential danger.”

That said, some industries benefit from climate change.

The National Oceanic and Atmospheric Administration has said that “there will probably be some short-term and long-term benefits from global warming.”

For farming, plants grow faster when exposed to more carbon dioxide in the atmosphere for the short term and can tolerate drought. However, they also warn about weeds, invasive plants, and pests hindering such plants due to their ability to adapt to warmer climates.

For the long-term, overseas trades benefit from the melting of the Arctic Sea ice and can go through the Northwest Passage quickly in recent years. Be that as it may, the NOAA warns that, “if a ‘business as usual’ approach to emitting heat-trapping gases is maintained at the present rate, or faster, then the negative costs and impacts of global warming are very likely to far outweigh the benefits over the course of this century.”

So, in all technicalities, there are no advantages to having climate change in our lives.

There are quite a handful of people who have repeated time and time again that climate change is all a hoax and laugh off such threats mentioned previously. Climate change deniers can be anger-inducing and shameful, especially since it is a carefully studied issue backed with much evidence.

We saw that with the previous U.S. President Donald Trump. He fueled rhetoric when he ran for president in 2015, calling it “a hoax invented by China,” and pulled the U.S. out of the Paris Climate Agreement in 2017. However, on Inauguration Day 2021, current President Biden reinstated the country back into the agreement.

Despite the damage left behind, we still have a chance to reduce climate change.

Though it may sound time-consuming, you can help save the environment by starting from the comfort of your own home.

According to the Boy Scouts of America, there are ten ways you can help reduce pollution:

Climate change is no “hoax,” and so, by pitching in, we can help weaken any hurricanes once they reach solid ground.