A Taste of The Tunes: Classic Ozzy Staple ‘No More Tears’ Turns 30 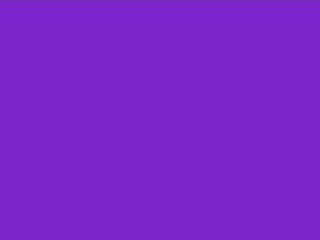 To say Mr. Osbourne’s misfortunes in 1991 had begun to wear upon him would be putting it lightly. Though he has now broken free of his crippling substance abuse and swore off the drink, he was recently tasked with staring down several more demons, both from his past and his present. Lawsuits flooded his mind and reports of the abusive past with his wife, Sharon, leaked to the masses. But perhaps most of all, there is the heavy weight of Randy Rhodes’ lost legacy on his back.

For context to those who do not know, Rhodes was Ozzy Osbourne’s first guitarist debuting in 1980’s “Blizzard of Ozz” and following it up with another all-star performance in 1981’s “Diary of a Madman.” Randy was a transcendent musician. His blend of the classical guitar style with Ozzy’s hard rock was incomparable and he quickly rose to fame under Ozzy’s attention-grabbing name.

Tragically, Rhodes was killed in a plane crash in 1982, leaving Osbourne and his band to fill a massive hole.

Following a brief two-album stint with Jake E. Lee taking up the mantle as lead guitarist, Osbourne moved on to a new young prodigy: Zakk Wylde. At 20 years old, Wylde made his recording debut with Osbourne and company in 1988’s “No Rest For The Wicked.” The album was pretty successful, going double platinum and establishing Wylde as a strong candidate for the long term heir to Rhodes’ throne. If “No Rest” set Wylde up as a candidate, “No More Tears” set the concept in stone.

Widely recognized as Osbourne’s most collaborative effort, “No More Tears” was headed up with a familiar cast of characters for Osbourne. Heading up the drums was bandmate Randy Castillo, who had taken on the role on “The Ultimate Sin” in 1986 and would be performing on his last album with Osbourne here in “No More Tears.” Longtime co-songwriter and bassist for Ozzy, Bob Daisley once more took up the bass and John Sinclair took on the keyboard. Frontman for Mötley Crüe Lemmy Kilmister joined Ozzy on writing several songs on the album and helping with the recording process.

The idea of “No More Tears” came to be when Ozzy held bass auditions for the album and had still not settled on a name, despite most of the songs being all but finished. Enter Mike Inez, who played what ended up becoming the opening bass riff to the title track for Osbourne in the audition. Osbourne has reminisced about the experience, saying that he instantly asked what the riff was. Upon finding out there was no song to go along with it, he set out to write “No More Tears” with his collaborators.

Inez is credited with musical inspiration for the song, but his playing on the album was taken off in favor of Daisley for the final recordings.

Kicking off the album is the all-too-memorable “Mr. Tinkertrain,” which begins with a gentle melody reminiscent of an ice cream truck, then eventually hitting Ozzy levels as your poor speakers pop from the sudden change of pace (just ask my old car speakers, haha). The song is told from the point of view of an evil man seeking to take advantage of a child, drawing her in with “little sweeties” and eventually trapping her, as she cannot escape the unspeakable horrors he will perform. It’s a typical Ozzy-stereotype song being submerged in an aura of evil and making mainstream critics uncomfortable with the content as he lives out the moniker “Prince of Darkness.” It is one of the few songs on the album that stuck to that style, however, as most of the rest of Osbourne’s songs on this piece were dedicated to a more introspective view of his life.

Coming up next is “I Don’t Wanna Change the World,” which features Zakk Wylde’s southern rock inspirations on excellent display in his solo. When discussing working with Wylde, Ozzy has described the young guitarist, seeking many times to bring out this element to his playing in Osbourne’s songs. Ozzy himself was not the biggest fan of the style and originally did not think that it would fit with the songs but eventually he allowed Wylde to bring out his inner Skynyrd and rock like a southerner. One cannot help but feel the raw power and might of Wylde’s metal and southern rock melding in this second track of the album and the accents he adds more subtly to the rest of the album’s tracks. This is one of the primary talents of guitarists Ozzy has brought in over time: the ability to blend their inspirations into Ozzy’s hard rock and metal, creating something almost independent of the genre. Rhodes did it, with his magnificent classical inspirations evident most especially in “Diary of a Madman” but riddled throughout his career work with Osbourne. Now Wylde follows suit.

Wylde’s guitar work turns quieter in the ballad “Mama, I’m Coming Home,” in which Osbourne contemplates his journeys on the road, missing his personal savior and loving wife Sharon. This one has reached the most commercial success of the songs on the album and is a classic rock radio staple today.

“Desire” turns the Ozzy levels back to high as Wylde shreds between lyrics that document Osbourne’s defiance in the face of criticism and as he continues on the road of his most passionate desires. Following this, we hear the title track, which tells the story of a serial killer tracking down his prey. Once more returning to the dark style of the Ozzy brand, the song may continuously demand “no more tears” but one cannot help but shed one in awe of the incredible Wylde shredding away.

“Won’t Be Coming Home (S.I.N.)” puts forth the haunting image of a distressed husband being tormented by the nightmares of losing his wife to murder. Ozzy then turns back to the introspective style with “Hellraiser,” where he reveals his struggles to keep himself together under the stress of his job and the knowledge that he wouldn’t want to be doing anything else. “I keep saying that it’s getting too much but I know I’m a liar, feeling alright in the noise and the lights but that’s what lights my fire,” Ozzy sings above the pre chorus in this anthemic piece.

The album chugs further with the soft-toned “Time After Time,” followed by an instant Halloween favorite in the bass-heavy “Zombie Stomp.” The final two tracks are “A.V.H.,” where Ozzy harps on the strife of battling addiction, and another very introspective piece called “Road To Nowhere,” where a nostalgic Ozzy reminisces on his life and the “wreckage of [his] past.” Staring himself in the mirror, he warns his listeners to “live for today and not tomorrow.”

“No More Tears” is my all-time favorite Osbourne work and it is similarly lauded in many rankings, where folks place it among his top three greatest works, behind both “Blizzard” and “Diary.” Polished, anthemic, passionate, defiant and just Ozzy. The early 90s work is still one of the greatest metal and hard rock albums of all time and will remain so for some time in my book. I highly suggest you take a listen when you get the chance. Go through all the tracks and feel the music seep into your very soul. It’s amazing how works such as this can be so powerful, but then again, that’s the magic of music. Until next time, I hope you enjoyed this taste of the tunes.