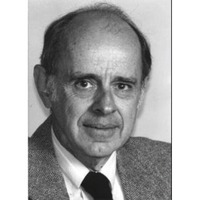 Walter J. Fox, professor of Journalism and American studies at West Chester University, passed away on Aug. 8 at the age of 89. He advised The Quad for 15 years. He has impacted many students’ lives in the past and continues to do so due to his role in keeping our student newspaper alive. To honor this impact, I have collected some memories and reflections from his former students below.

“Professor Fox was a great mentor and advisor to the Quad,” said Bryan Redding, Sports Editor from 1995–1999, “He led us through some very rough patches with his usual grace, insight and knowledge. Personally, he is the reason I stayed at WCU rather than transferring and I can credit him for much of the journalist I am today. While he and I did not stay in touch, I thought of him often over the years with fondness. I’m sad to hear of his passing and the world is certainly worse off.” 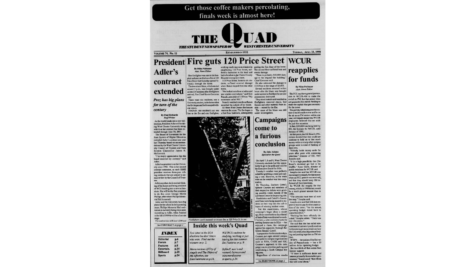 “Professor Walter J. Fox had a deep appreciation and understanding of the power of words and encouraged students to use them,” said Derek Frey, Assistant News Editor of The Quad from 1994–1995. “He inspired me to find my voice through writing and insisted that I work for The Quad. Navigating tough deadlines and a few conspicuous stories, Professor Fox was always a guiding force of stability and reason. Professor Fox also saw an existential threat to the printed newspaper and how that could erode the quality of journalism. The core of his teaching was upholding the principles and ethics of news writing. Although my career ultimately took a different path, I’ve always adhered to those values in any writing I do. One of the highlights of my time at WCU was when Professor Fox organized a trip to The Washington Post for members of The Quad. It was illuminating, and only reinforced my heroes in the realm of journalism: Bernstein, Woodward and Fox.”

“I will remember Walter Fox as a kind man who was always prepared to answer a question or provide a recommendation to his students,” said Karl Nyce, Managing Editor of The Quad from 1993–1995. “His passion for teaching and journalism was reflected in his actions. He furthered my love for writing and inspired me to be the best writer I could be, even if I was just providing a small blurb in the sports section. He will be truly missed.”

Caren Hefner-Pauling, Features Editor of The Quad from 1992–1993, said, “Mr. Fox was an incredible professor who encouraged me as I considered pursuing journalism as a career. I keenly remember him helping me with a Features piece that ended up being submitted for my first newspaper job (which I got!). He was a legend of his time and I feel incredibly blessed to have learned from him during my years at WCU.”

“Walter Fox was a smart and caring educator. As our advisor, he supported the newspaper and its endeavors without fail. He would always have a kind word about your work and advice for improvement,” said Mark Doloughty, Managing Editor of The Quad from 1991–1994.

“I certainly learned quite a bit about news writing in Mr. Fox’s classes,” said Dylan McGuire, Editor in Chief of The Quad from 1989–1992. “He had a certain dedication to the field of journalism and the things I learned from him about writing and communications really helped prepare me for my career as a writer and content creator.”

John Wells, Entertainment Editor of The Quad from 1988–1990, said, “Mr. Fox was a very good mentor and always brought forth the best of what The Quad strived to be, which was a sounding board for the University and to be as diverse as possible as it related to issues both light and involved. I learned quite a bit about how to write well and look at things in a well-rounded way to encompass all views. Since I worked on the entertainment side, I learned from him that criticism was to be taken seriously and that people believe what they read and that should be taken into account when writing. He will be missed and his legacy will be felt with every person who wrote for The Quad.”