Organization Of The Week: Spanish Club 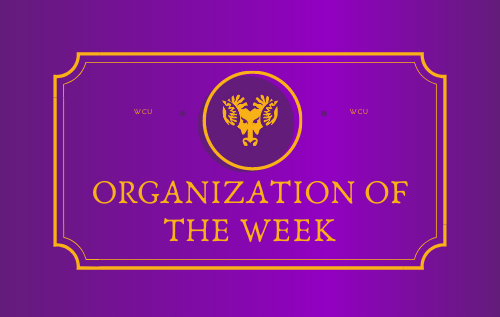 Diversity uplifts everyone within the proximity of its presence, just as culture paints the mural of a population and the communities made up by that population. At West Chester University (WCU), there is no shortage of both diversity and culture when you examine the vast selection of community-learning-rich organizations. One such organization, which aims to share and expand the knowledge of the Hispanic/Latinx language and culture, is the Spanish Club of WCU.

Corey Lane, the Secretary of Spanish club, who has been a part of the organization for over a year, explains that when the club meets, they “speak in English most of the time” but hold plenty of opportunities to learn Spanish through an activity called Noche de Charla. Noche de Charla happens every other Spanish Club meeting, and it is “where people are grouped up with people at the same Spanish-speaking proficiency” and are given topics which they can have conversations on. So no matter your proficiency in Spanish or the cultures that are discussed, there is a place for you to learn and engage with others.

Some other events that can take place during the Spanish Club meetings include: “salsa dance lessons, karaoke nights, watching movies” and more. Lane also mentioned that the organization has “a few bigger events in the works, but currently are having culture-based nights every other week,” as they celebrate and elaborate on topics like the independence days of Hispanic/Latinx countries.

Spanish Club, and those involved, wish to spread the culture and general knowledge that go along with the language they provide learning activities for. Edith Bradley, who is now in her second year with the club and the Vice President of the organization, emphasizes the learning aspect that is tied into each meeting. Bradley highlights the “game nights” and the “conversation nights” as well but also the “connections with the professors and students” through the Languages and Cultures department. Spanish Club is a place where you can learn an incredible amount about the language and the cultures of countries, but also where you can connect and form lifelong relationships and networks.

Constantina (Deena) Pappas, the President of the Spanish Club, has been with the club since her first semester at WCU — Fall 2019 — and echoes the benefits of being a part of the organization. Pappas stated how the Spanish Club not only “provides opportunities for students to learn,” but also to “celebrate Hispanic and Latinx cultures, as well as the Spanish Language.” Being able to not only grasp a concept but to also understand the importance of its celebration is an important part of learning.

So why join the Spanish Club? Well, you may want to improve your ability with the Spanish language or take in the culture. You could be looking to network, or maybe your career path involves Spanish. Whichever reason comes to mind, it’s a fantastic experience to connect and grow with your peers, take in another world’s perspective and be presented with plenty of opportunities. Professional, academic and some generally fun activity opportunities await you at Spanish Club.

Your next opportunity to attend Spanish Club will be this coming Tuesday, Sept. 28 at 6:00 p.m. in Mitchell Hall, room 107. The activity this week will be salsa dance lessons. So no matter your proficiency in the language, culture, or even dancing, come check out the Spanish Club this Tuesday, and most other Tuesdays afterwards.

When and where to find this organization: