Review of Halsey’s “If I Can’t Have Love, I Want Power” 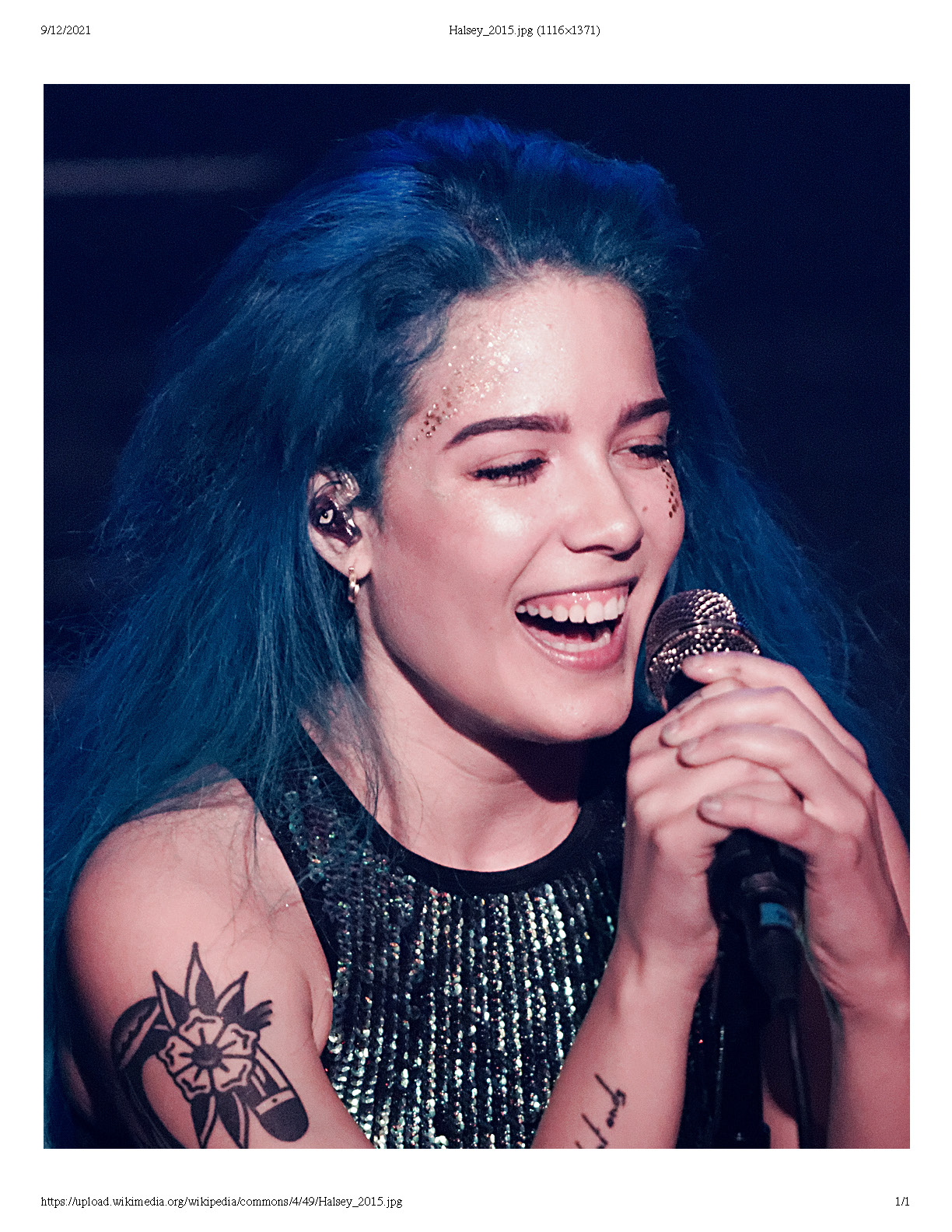 On Aug. 27, singer-songwriter Ashley Frangipane, known as “Halsey,” released their fourth studio album entitled “If I Can’t Have Love, I Want Power.” The singer started promoting the album with a secret Instagram account, a filmed unveiling of the cover art in partnership with The Metropolitan Museum of Art, teaser trailers and even a highly-anticipated film experience. Halsey has been open to the public about her struggles with childbirth, previously writing a song “More,” about miscarriage featured on her third album, “Manic.” After the long awaited conception of their child, named Ender Ridley Aydin, Halsey was not ready to halt their career—  “A concept album about the joys and horrors of pregnancy and childbirth,” composed by Trent Reznor and Atticus Ross, would soon make its entry into the world as well.

Halsey detailed in their announcement that the album would convey “The dichotomy of the Madonna and the Whore.” Clearly an artistic twist of commentary on popular feminist battles against common stigmas of women and mothers, Halsey has risen to a point in their career where a story-based concept rock album strays from the pop realm they were bred into, yet allows them to rise to a new dimension of artistic success.

I had the exciting opportunity to experience Halsey’s film in IMAX, the intended night it was released. From scenes with prominent makeup — done by Halsey herself — to the ball gowns, to the gorgeous castle shots, the execution was in better shape than the plot. 17th-century storylines of a widowed queen finding herself drunken, pregnant, hunted, a new mother, then metaphorically or physically dead, weaves her way around the process of existing as a woman in her time. The story is clearly inspired by Catholicism in the movie’s setting, and that is reflected in the lyrics of the album, too.

The first two introductory tracks “The Tradition,” and “Bells in Santa Fe,” map out the tone for the entire album. Intensely instrumental songs open the listener to a world of falling into every tragedy of womanhood, including a blunt comparison to biblical stories of Jesus and Judas because…well, where does this kind of woman fit into Catholicism?

“Easier than Lying” automatically strikes the listener with hard core progressions and angry lines. This song seems to be where the singer falls apart in fear; willingness to lose everything rather than lie to themself. The pace of this body of work is fastened in fury and graphic lyricism.

Three tracks scattered throughout the middle of the album, “Lilith,” “Girl is a Gun,” and “honey,” all run along the same empowered theme. Some maintain a lo-fi-inspired melody, some an upbeat tempo, but each share whimsical words of rebellious female empowerment.

In the movie, there is a red-eyed alter ego trapped in a mirror in which the main character played by Halsey continually appears; perhaps the Madonna and the Whore. With this in mind, I find “You asked for this” and “1121” to be songs staring back at each other. “You asked for this” is a swift, drum-based song building up to an ethereal bridge with fading chords where Halsey belts, “I want a fist around my throat / I wanna cry so hard I choke / I want everything—” it is conflict of human desire at its purest. In contrast, “1121,” titled after the date Halsey first found out they were pregnant with their first born, is made of softer verses, “I won’t die for love / but I’ve got a body here to bury,” and climbs to a harmonized consciousness that imagines the transformation within conception.

Both tracks, “Whispers” and “The Lighthouse,” portray the haunt and escapism that comes with the terrifying truths creeping up during the journey of pregnancy. “Whispers” recites lines like “You do not want this,” where in the dead of the night, there is complete agony and fear.

The chosen single off the album, “I am not a woman, I’m a god,” is a build-up of soulful empowerment which challenges the universal concept of god, admitting a new belief.

“Darling,” is a sweet upbeat picnic song meant for the beautiful outcome in motherhood where “Only you have shown me how to love being alive.” Entitled after the Arabic term for “You bury me,” “Ya’aburnee” is an emotional and reflective outro where she sings to her love, “Darling you will bury me / before I bury you.”

About a week after its release, the album was “honestly reviewed” by The Spectator. After the writer accused Halsey of neglecting to give “a little cultural sensitivity to Catholics,” Halsey responded via Twitter with a simple photo that appears to be them in a First Holy Communion dress, a common Catholic tradition practiced in families with their children. Halsey’s response is, inferably, to say she was raised Catholic herself and has now turned her own religious background into self-discovery and a redefinition of womanhood. Instead of trying to define the music herself, Halsey is stepping back to let the bundle of artistic and symbolic imagery, well-paired sonics and confessional metaphors speak for itself.

Kristine Kearns is a first-year English major with minors in Creative Writing and Sustainability. KK947319@wcupa.edu