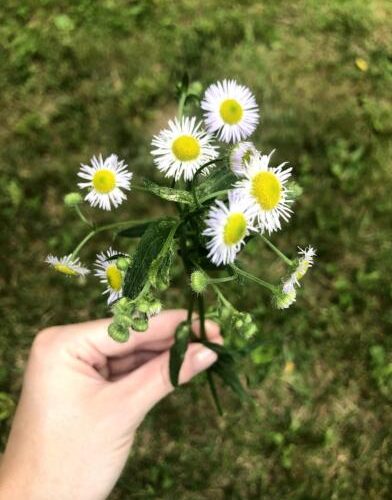 Throughout my 20 years of life, I’ve had various experiences with different doctors, counselors and therapists while working on my mental health. Some of those experiences have been better than others; working with people who are more compassionate, or more understanding, has brought out a side of me that feels confident sharing and receiving the help I need.

When working with those kinds of professionals, I feel comfortable with being vulnerable and expressing the feelings that I have, and/or things I am dealing with that aren’t always the prettiest. Though it shouldn’t be, mental health can often be a subject that makes you feel small or uncomfortable. But when you have the right people on your side, those feelings become minimized, and in their place, you are left with a sense of control and power over your own wellbeing.

Over the last year and a half, I have witnessed more and more of the people around me grappling with the idea of going to therapy in order to treat some of the things they have been dealing with as a result of everything that is happening in the world around them.

Some are more eager, ready and willing to take the steps necessary to get them to a place of healing and learning. However, others are a bit more reluctant, hesitating when it comes to the idea of having to share those pieces of themselves with someone who exists outside of their regular inner circle.

When I hear those people in my life talking about their discomfort when it comes to seeking professional mental health assistance, I’m often reminded of how up and down my relationship with my own mental health has been.

When I was a preteen, I was extremely open. I told my family when I felt like things were off, and they were able to get me help by taking me to a family friend who was a counselor and had the knowledge and resources needed to talk through things with me on a weekly basis. Eventually I stopped seeing her, and during that time, though things were going well, for whatever reason I became a bit more guarded when it came to how I was feeling.

By the time I got to college and could feel things starting to slip again, I had become entirely uncomfortable with the vulnerability that came with admitting I needed consistent help. At that point, I had been with partners who had refused to get help for themselves and had been in various friendships where the other person talked badly of the idea of reaching out to people when they were feeling rough — looking back, oftentimes they were speaking without any authority or real prior experience of their own.

All of this, combined with my own thoughts, made it so that it took me quite a long time to come to the conclusion that I needed to speak to someone and become proactive when it came to taking care of myself, mentally.

Because of how guarded I had made myself, things were pretty uncomfortable for a really long time. I felt odd talking to anyone close to me about what I was doing, and the thought of sitting in front of strangers, telling them what was going on, didn’t make me feel much better.

Despite all of that, with the support of the people around me that I had finally let in, I pushed myself and began working with my doctor to develop a plan of action. This plan included starting medication and finding a therapist — a process that took me months because I had dragged my feet for so long.

As I write this, I have been medicated and working with the same therapist for quite some time now, and I feel as if my entire perspective has been shifted. I’m still working on being vulnerable (writing this article feels like a big step) and can’t say that I am anywhere near perfect when it comes to my approach to my mental health, but I think I see things so much clearer than I did before.

Reaching out to professionals, or even to loved ones, isn’t a sign of defeat or weakness. Rather, it is a tribute to your awareness and your strength. Asking for help with anything is never an easy thing to do, and it certainly isn’t weird for you to feel uncomfortable. However, when you allow yourself to meet those feelings head on and decide that your health and wellbeing is what is most important, you open so many doors for yourself on your path to regaining control, growing and healing.

If anyone reading this has ever considered seeking attention for their mental health, but has put a pin in the idea as a result of the fear and vulnerability that might come with it, I cannot encourage you enough to take that pin out and try again.

Meeting ourselves where we are at is so important, and when we act on the things our brains have been telling us, we are being so much braver than we think we are. We deserve to feel good, and we deserve the help that others are able to give us. We just have to have the courage to let them in.

Ali Kochik is a third-year student majoring in English Writing and minoring in journalism and women’s and gender studies. AK908461@WCUPA.EDU

When I was 11-years-old, I was terrified after I finished reading Suzanne Collins’ novel, “The Hunger Games.” A book about a revolt against the government leading to a country’s...

Photographer: Win McNamee/Getty Images   The insurrection at the Capitol building occurring on Jan. 6 was the direct consequences of an unregulated media environment free for...

Investing is something we all know is good to partake in, but what does it really mean to invest? Should you do it, and how can you? While it sounds simple, it is a bit more...

Reading a recent op-ed in this publication, published shortly after the election, I was reminded of how nice a break COVID-19 has given me from the sanctimony of academia. No...

Graphic created by Evan Brooks using Wix.   There is a famous quote that goes along the lines of, “the definition of insanity is doing the same thing over and over again and...