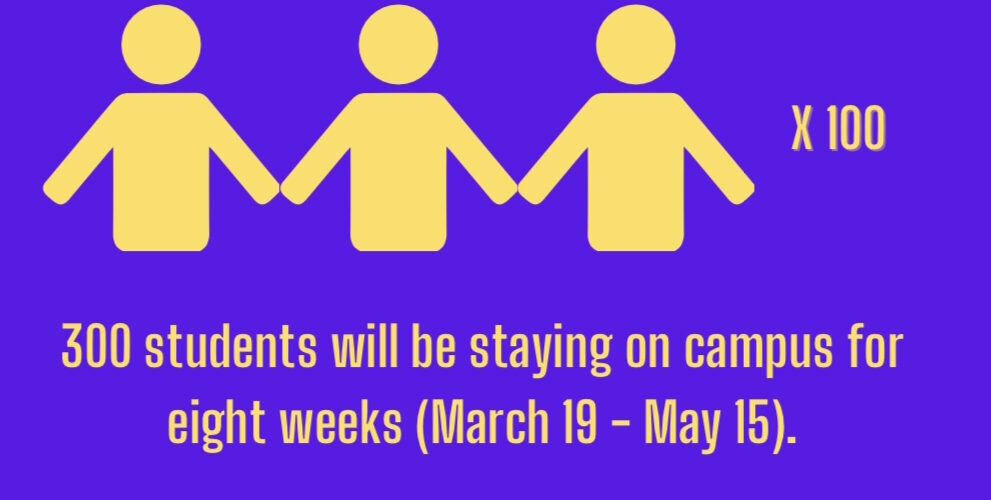 Last week, The Quad delved into the complexities of what it takes to have on-campus learning in the midst of a global pandemic. South Campus currently hosts around 600 students with weekly testing. In a matter of weeks, the student population on campus will increase by an estimated 350 first-year students, according to West Chester University On Campus Housing.

The program is called, “WeCU Here.” The idea, per the WeCU website, is a “new on-campus initiative” for freshman only, so as to, ”introduce [them] to campus, [their] classmates, WCU traditions, and other activities since [they] haven’t been able to experience life on campus yet.” Starting on March 19, any first-year or transfer student with less than 30 credits, who registered before the deadline of Feb. 19, will get to experience either a two-day event that will include “an end of semester physically distanced day filled with music, food and fun,” or they will be able to stay for a longer eight-week campus experience.

The two-day outline is highly orientation driven. Student leaders will have first-year students participate in department open houses, outdoor games, scavenger hunts and movie nights. Students doing this option will pay for a series of meals and live in either traditional or affiliated housing for two nights, eventually leaving on Feb. 21. This option serves the purpose of allowing young undergraduates to make more educated decisions about their academic futures. The eight-week option is where more concerns begin to pop up. 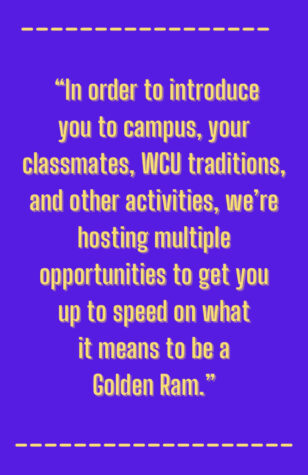 First year students in search of an end to Zoom university may also choose the eight-week campus experience. This entails purchasing both boarding in either traditional or affiliated housing, as well as a meal plan between $2500-3500. Once moved in, those students will be able to have a relatively normal residence experience, living out the remainder of the spring 2021 semester on a blossoming campus. Food options will be limited and on-campus events will be minimized, but for a fresh high school graduate who’s been living at home for months, it will still be college.

This, of course, does not address the viral elephant in the room. The coronavirus exists as a looming threat over any university wishing to force its way back into normalcy. Now, we’ve seen the implementation of the previously mentioned South Campus blueprint. For WeCU students, extra measures must be taken that transform the idea of normal residence living. Firstly, any student coming in must be tested prior to arrival and will continue to be tested on a weekly basis. Secondly, student housing officials will attempt to mandate social distancing and hygiene protocols that all residents will have signed off on after agreeing to move into the buildings. The testing will reportedly be performed by the same external organization that has been functioning on South Campus all semester, EMS Medical Management.

Further details for the program, which starts in under a month, have been hard to come by. “I definitely haven’t gotten much information,” said Dana Pratt, one of the incoming first-year students who will be participating in the two-day version of WeCU. “I don’t think the eight-week program is a good idea in the midst of the pandemic. I am nervous about going for even two days, but I haven’t seen the campus yet and felt like it was important to decide if I liked it before I got into my sophomore year.”

Pratt was not alone in feeling uninformed about the initiative. All communication has been scarce save the absolute managerial necessities. Also, WeCU is not prominently featured on the WCUPA website, nor had it been heard of by almost every student and faculty advisor I spoke to, including nurses on South Campus whose organization is in charge of testing.

Graphic created by Evan Brooks     There are some things in life, some habits or skills, that sound beneficial to obtain to help you grow as an individual. But those...