Ram Band in the age of social distancing 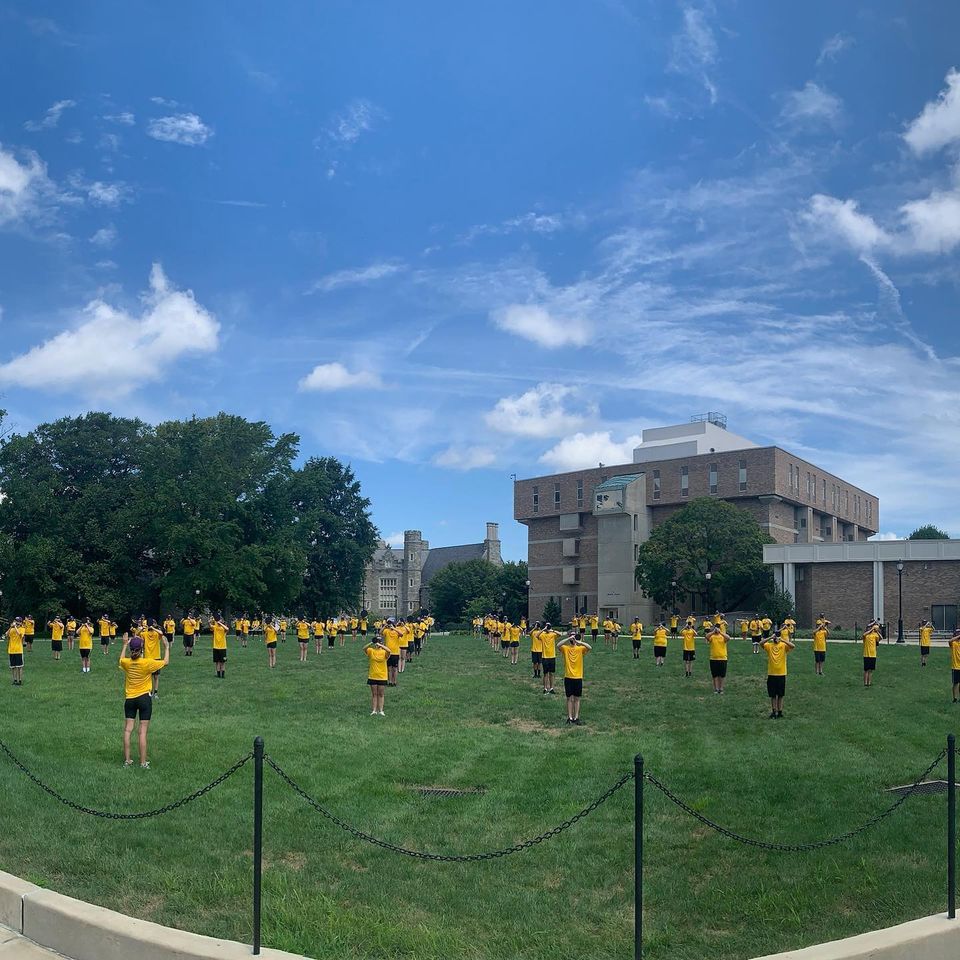 The West Chester University Ram Band was one of the hundreds of university activities that had to make some big decisions and big changes due to COVID-19. Following an award-winning season, the group found itself being tasked with the delivery of a virtual production that measures up.

With student safety being their first priority, Ram Band offered online instruction and some in-person opportunities for the 2020 season. Of course, all in-person activities have been designed to maximize social distancing and minimize contamination, something that could not be accomplished without an involved staff.

“Our in-person activities so far have always been socially distanced (even with our drill on the field) and wearing specially-designed performance masks… With the online component, we have various members of our staff coming in for informational sessions on ALL aspects of marching band… These sessions are also optional, but so far have been very interesting and very informational,” said ensemble coordinator Christian Ryan.

Without the requirement of a halftime show, the group was able to get creative with the structure of the season. Instead of trying to mimic normalcy, they embraced the new possibilities that come with online instruction. For members like section leader Stephen Lowerie, who chose to engage fully online, this meant not missing out on opportunities.

“We are utilizing small ensembles and the power of technology and social media to put out exciting videos… We have come up with ways to add motion to our performances despite not moving on the field,” he said.

The first Ram Band production of the semester is already posted on their Facebook page, a performance of their pre-game opener from different locations around campus. In the works are a set of “Play-Along” videos, in which members of the group will perform pieces from shows past, with the sheet music on the screen for any musician who wishes to play along.

As always, Ram Band tries to be aware of its student body and the new knowledge it can seek to bestow upon them. With a large number of music and education majors (who frequently identify as both), the structure and curriculum of the course often incorporates messages beyond playing and marching.

“For our many music education members in our ensemble, and many other members who may find interest in continuing to teach marching band into the future, the online supplemental sessions with various staff members provide lots of information that they can apply into their own future programs,” said Ryan.

Ram Band will continue to release new content and hold virtual and socially distanced in-person rehearsals over the fall semester. Even though this is not the season that was envisioned, the group continues to bring its creativity to the forefront.

“All programs across the country are trying to figure out how to operate. Some schools and programs, their goal is to be as “normal” as possible. WCU and Ram Band are embracing the fact that things are not normal and are putting out content that I have not seen from other organizations,” said Lowerie.