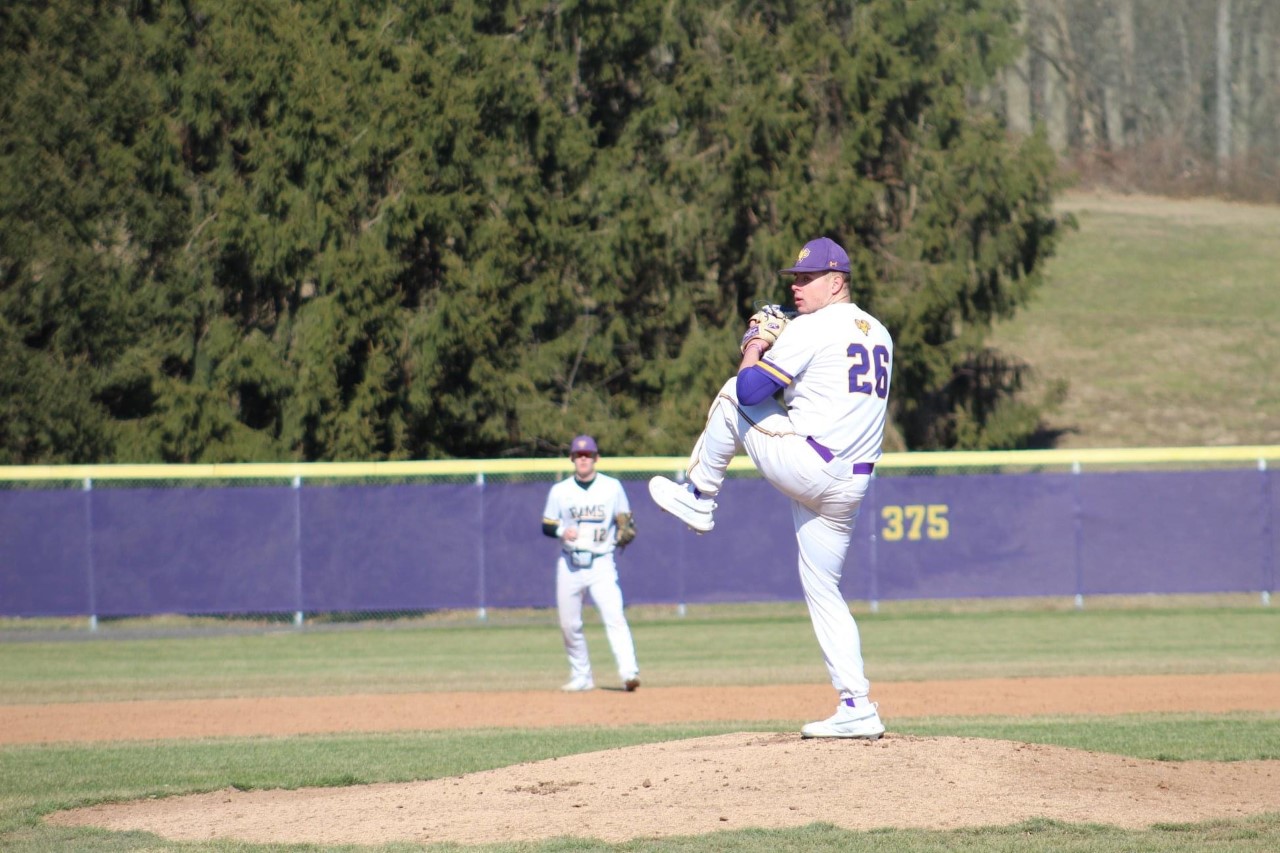 West Chester University pitcher Zach Rice was just beginning his junior year when the COVID-19 pandemic ended the season for baseball players across the globe.

This junior year season was a big one for Rice, as he had his sights set on a lot of team goals and a few personal ones as well. Rice joined a team in 2018 that was coming off a national championship and wants to taste that glory for his own. Rice only appeared in three games in 2020, but over his other two seasons combined, he has compiled a very impressive 15-6 record, pitching 162.2 innings and maintaining a 3.76 ERA and 121-65 strikeout to walk ratio. All of these numbers are more impressive considering Zach was able to come in as a freshman and compete at a high level. Just three appearances into his 2020 season, Rice was looking to improve these numbers even more, get onto major league radars and help West Chester compete at the level he knows he and his teammates can.

While Rice has some personal goals, like winning ten games in a season, he has his eyes on something bigger and team-oriented. “I want to win every conference series, win the PSAC, make the regionals and get a ring. Our goal is to win a national championship and we aren’t settling for less.”

The West Chester baseball team was off to a hot 7-2 start out of the gate, and Rice knew this team was ready to compete on a national scale.

Before Rice got to West Chester though, he attended Twin Valley High School in Reading, PA. While he was pitching in high school, he got attention from schools like West Point, Kutztown and St. Joseph’s. In his junior year, he even got major-league attention when he grew into his body and saw the velocity of his fastball jump into the low 90s. He credits playing on such a talented high school team to the success they had and helping him get to where he is today.

Now that Rice is on campus, he couldn’t be happier with his decision to suit up in purple and gold.

“West Chester couldn’t have worked out better. I’ve gotten a good opportunity to play every year, made friends for life, received [a] good education in good classrooms on a good campus,” said Rice. What he loves most about West Chester is simply the atmosphere, the town and the restaurants.

“It’s like walking through a great place just all the time,” Rice added. 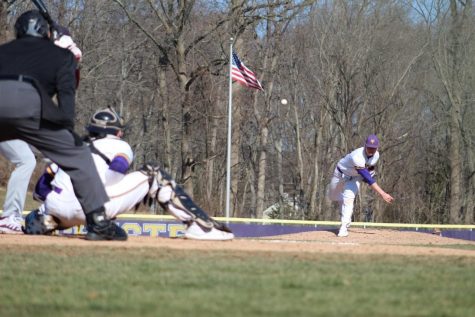 The life of a college athlete isn’t easy, and Rice provided me with a look into what his weeks are like during the spring semester and in season. On Mondays, it’s mostly lifting and recovering your arm from pitching in the past weekend. Tuesday includes lots of bodyweight exercises to get the blood flowing. Wednesday it is time to get back on the mound for a bullpen session. Thursday is important for recovering and drinking and eating as much as possible. Friday is game day and it’s time to roll.

For game day, Rice sticks to a unique pre-game routine to lock in early. It starts with a big breakfast and Travis Scott. This routine helps get the adrenaline going and it continues in the environment of Serpico stadium on a conference weekend.

Over this past winter, Rice was afforded the opportunity to work out alongside minor league baseball players and MLB draft prospects. He gave me a little insight into these workouts.

“Over the winter, around 40 pro guys working out with MSI, college guys and pro guys just workout as a team. We threw harder, learned new ways to throw pitches, getting insight from guys who have played in the MLB for years,” said Rice all in all an incredible experience.

This experience got followed up by participating in a Pro Day at MSI sports complex. Rice said that you “Take everything from the winter, in front of a scout from every major league team.” Teams like the Tigers, A’s and Mariners all reached out to Rice following his performance.

“Playing for the hometown Phillies, in Reading where I grew up, a stadium I’ve been to like 100 times, that would be awesome.” Getting to talk to major league baseball clubs is a dream that every baseball player has.

Rice will continue his education at WCU as a senior next year in the fall while studying Business Marketing. When he’s not playing, he’s coaching his 13u Whiz Kids team. Teaching kids, helping them out with things he struggled with and has learned from college and workouts is something he enjoys doing.

Rice’s entire life at West Chester is surrounded by his love for baseball. When asked to use one word to describe the West Chester baseball experience his response: “Family.” It’s the love for the game and the family, like a bond that will be missed throughout the COVID-19 pandemic but will bring the Rams success when they get back on the field next season.

Dan McCartin is a third-year student majoring in management with a minor in journalism. DM870055@wcupa.edu