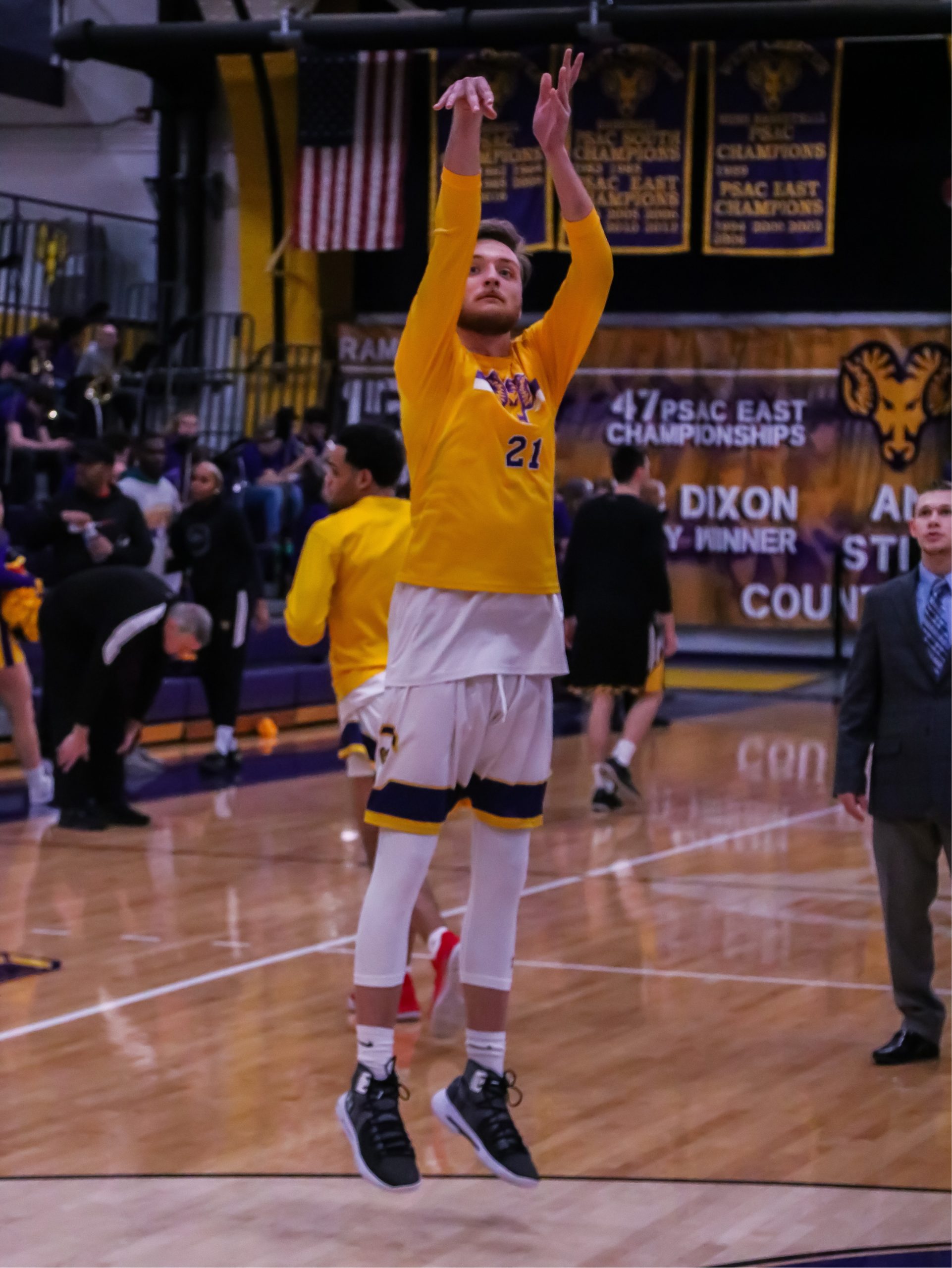 It has been an up and down season for West Chester men’s basketball team.

After the best start in program history with 13 straight wins, the Golden Rams struggled and went on a six -game losing streak. In order to make a push into the playoffs, the team needed to play perfect basketball to secure a spot.

They’ve been able to do just that.

After winning their last four games, the Golden Rams will travel to East Stroudsburg for their final game of the regular season. The Golden Rams came up short earlier in the season when the Warriors visited Hollinger Field House back in January.

Whether West Chester is able walk out with a win or not won’t hold too much significance, as they’ve been able secure a home playoff game for the first round. With their most recent win over Millersville, the Golden Rams locked up third place in the PSAC East Division.

The backcourt combo of freshman Robbie Heath and senior Malik Jackson proved to be too much for another opponent, with both of them combining for more than half of the team’s points. Heath led all scorers with 26 points and Jackson poured in 20 of his own.

The “Aussie Assassin,” Heath, continues to shine during his freshman campaign. After his last performance, he finds himself second for most points ever scored in a single season with 620. He currently stands 20 points behind Ramzee Stanton who set the record in the 2002-2003 season.

With his 20 points, Jackson raised his average to 17.6 points per game. This is the 12th time this season Jackson has scored 20 or more and the third straight game he has done so.

The team also received a huge contribution from sophomore Josh Samec. Off the bench, Samec poured in 15 points, being the only other Golden Ram in double digits. Going 6-of-10 from the field and 3-of-6 from deep, Samec was able to help West Chester keep the lead when Millersville happened to fight back.

The Golden Rams held a comfortable 52-28 lead early in the second half and looked like they would control the game for the rest of the game. However, after Millersville responded with a 28-6 run of their own, the lead was cut to just three. It was senior guard Malik Jackson who went on a personal run to extend the lead back to double digits. The golden Rams walked away with an 85-69 victory.

As the third seed in the PSAC East, the team will host the 6th seed Lock Haven University, who they split their two  meetings with this season. The game is scheduled for Monday, December 2nd, with a tip-off of 7 p.m.

Tyler Jefferson is a fourth-year student majoring in communications and minoring in journalism. TJ876613@wcupa.edu