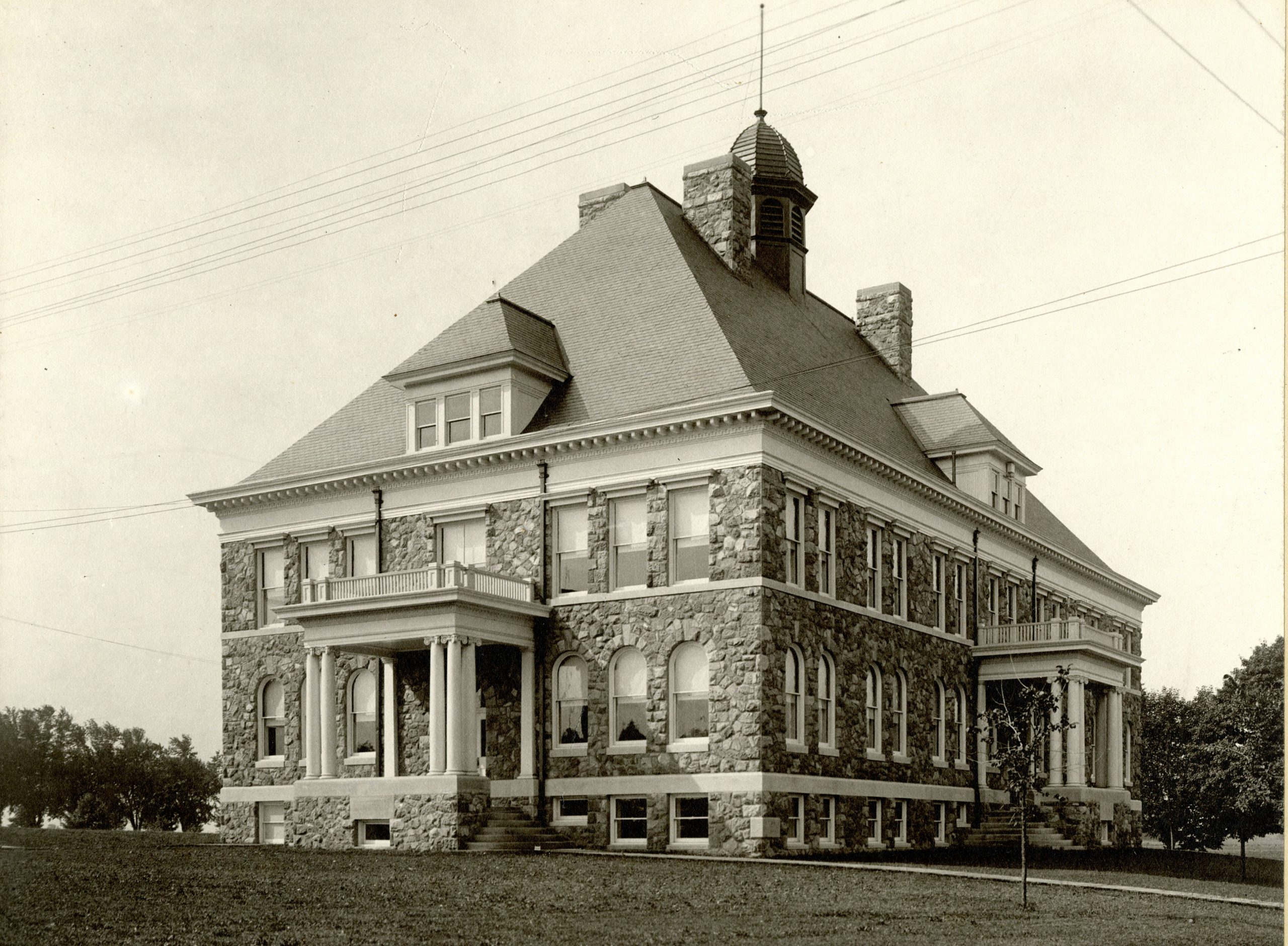 The article, “Building Named Ruby Jones Hall,” appeared on the front page of the Oct. 25, 1977 issue of The Quad newspaper. Among updates from the Board of Trustees about budget, realignment of schools and minority enrollment, the renaming of the Old Demonstration School to Ruby Jones Hall is explained. President Charles G. Mayo presented the idea to the Board of Trustees for approval after many petitions from administrators in the building, alumni, faculty and West Chester’s Black Student Union (BSU). Mayo did not mention the renaming of the building in connection to a list of demands the BSU recently presented to the president since he “deliberately wanted to emphasize the fact that [the renaming of the building] had been long in discussion before the BSU demands.”

Some other demands listed by the BSU included asking for the creation of an appeal panel to handle charges of discrimination, the hiring of an African-American Literature instructor by the spring of the following year and the establishment of a mandatory multi-ethnic history course. They also requested that three members of West Chester’s administration and faculty be removed and that two cases of discrimination which involved two other faculty members be investigated.

Ruby Johnson Jones, the namesake of the building we know as Ruby Jones Hall, was born in Alabama in 1912 and graduated high school in Pittsburgh in 1928. She earned a Bachelor’s Degree from West Chester State College in 1940 and a master’s degree in education from Temple University. She came to West Chester State College as the first African-American faculty member in 1961 through Dr. Earl Sykes. She taught at the Demonstration School which formerly acted as an elementary school on campus after she taught at numerous elementary schools in the Philadelphia area. In 1968, she became an Assistant Professor of Education and supervisor of Student Teachers. She was an active choir member of the Bethel AME Church on Miner Street and a faculty advisor of West Chester’s Phi Delta Kappa sorority. Jones retired in 1973 and passed away in the summer of 1976. Ruby Jones Hall is a part of West Chester University’s Quadrangle Historical District, which is listed on the National Register of Historic Places.

After a description about the renaming of the Old Demonstration School, a portion of the rest of this article focuses on minority enrollment. At the same Board of Trustees meeting as when the renaming was brought up, the issue that West Chester must have 15% minority students enrolled by 1980 was also discussed. Since West Chester is a state-owned and operated university, it is mandated by the federal Department of Health, Education and Welfare to have enrollments of at least 15% of its campus made up of minority students. If West Chester does not meet this goal, they could be investigated by the federal government and funding could be revoked. The Department of Health, Education and Welfare was renamed the Department of Health and Human Services in 1979, when the separate Department of Education was created.

According to the article in 1977, 7.8% of West Chester Students were of a minority race and 11% of the freshman class that year were minority students. Jeannette Same, Director of Affirmative Action at West Chester, said in regard to this goal, “There is amongst the Black Alumni negative comments about West Chester because they had a negative experience here.” Currently 22.3% of West Chester’s campus population are students of color.