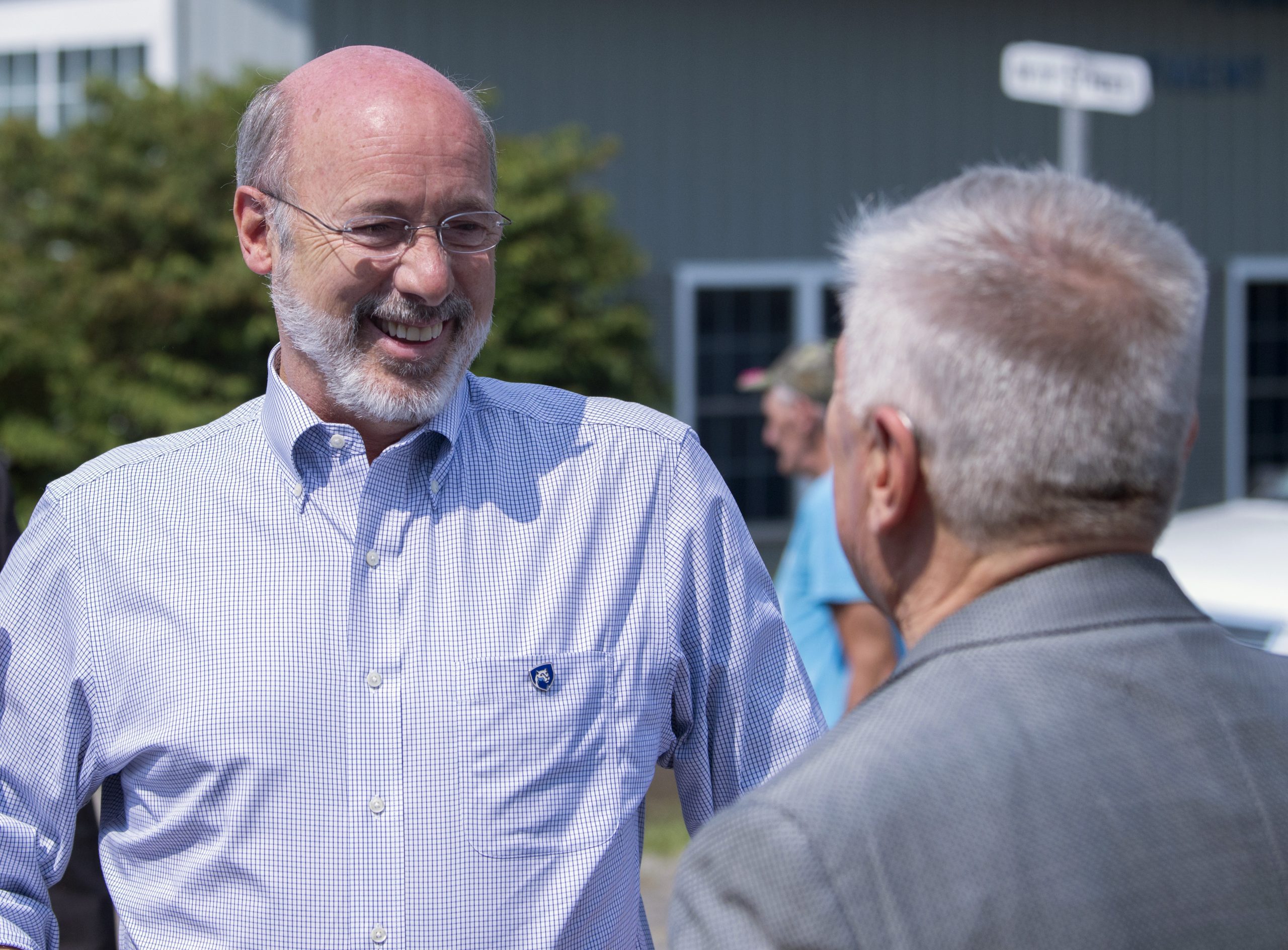 In his budget address for 2020-21 last Tuesday, Governor Tom Wolf sad, “Let’s bet on our kids instead of bankrolling race horse owners.” He unveiled a new solution to Pennsylvania’s long-time issue of inadequate funding for higher education by his introduction of  the Nellie Bly scholarship.

The scholarship boasts feasible solutions to fund higher education and provides equal opportunities for lower-income families. One crucial detail captures the attention of many: in order to fund this scholarship, Wolf proposed cutting tax subsidies from the Race Horse Development Fund, something that some PA government officials and horse racers say will ultimately end in disaster for small farms, PA’s agricultural development and the economy.

The $204 million tuition-assistance program will be used as a needs-based scholarship aimed towards middle and low-income full-time students at any of the 14 PASSHE universities.

It is designed to “fill the gap between the students’ financial aid […] to cover the tuition and the real costs of college,” according to a summary of the budget.

One stipulation, though, is that the recipient of the scholarship must agree to stay in PA for as many years as they receive it. If they move out of state, the money received will be converted into a loan the student must pay back. This new program is a way to combat the PASSHE system’s steady decline in enrollment rates, down 20% from its peak in 2010, according to the Philadelphia Inquirer.

However, West Chester University is one of the only two schools in the system that saw an increase in enrollment, along with Cheyney University. This steady decline in enrollment is contributed to by factors specific to college, such as competition and affordability—  but PA’s general population loss over the last few years is also to blame. Wolf’s scholarship program would tackle these issues by making college tuition more affordable while also making sure PA’s population would increase even after recipients graduate.

While most would agree that Pennsylvania needs more affordable and accessible higher education, many people have decried where Gov. Wolf plans to get the $204 million needed for the scholarship. According to the plan, Wolf would redirect the subsidies usually given to the Horse Racing Fund from casino slot games to fund the Nellie Bly scholarship program. This decision, according to some PA government officials and horse racers alike, will be detrimental to the small farmers and other agricultural businesses that make up more than $1.6 billion of PA’s economy. “You don’t fix one debt problem by creating another debt problem,” Pete Peterson, spokesperson for the Pennsylvania Equine Coalition, commented.

Dave Arnold, a Republican State Senator, called the proposal “short-sighted” in an article for Lebanon Daily News, citing concerns about growing and sustaining future agricultural businesses. In the same article he said, “Horse racing and breeding are closely tied to our [agriculture] industry, which is not only a vital contributor to our Commonwealth’s economy, but also a fundamental piece of our heritage.” Others against the proposal include Randy Brungard, a local farmer who raises thoroughbred horses in central PA, who said, “You don’t rob hard working families to give money away to those who have not earned it.” Brungard is a part of the Pennsylvania Horse Breeders Association and a lifetime member of the American Quarter Horse Association and also holds a 2.5% ownership stake in a thoroughbred who won the Kentucky Derby in 2004, Smarty Jones.

One of the major issues many have with taking the money from the horse racing fund is the 2017 legislature that established the horse racing fund into a trust fund. This change in wording makes it so that the money is not considered to be commonwealth funds, and the commonwealth is therefore not entitled to any of the funds. The money for the fund is taken from slots games in Pennsylvania casinos, and the way it is distributed is described in Chapter 14, Section 1405 of the 2018 Pennsylvania Consolidated Statutes. It says, “each active and operating licensed gaming entity […] shall pay a daily assessment to the Pennsylvania Race Horse Development Trust Fund as determined by the department.” Simply put, casinos pay a certain amount, with a 12% daily cap, to the Horse Racing Trust Fund. 80% of the revenue goes into increasing purses, which is the prize money that comes with winning horse races, 16% is for breeding funds and 4% is to fund health and pension benefits for members of the horsemen’s organizations. The subsidy was created in 2004 as slot machines in Pennsylvania became more prevalent, which led to a decline in bets on horse racing. The subsidy was created to counteract that.

However, not everyone is against this proposed scholarship. Many see the need for reform in Pennsylvania, and specifically cite its poor rankings in relation to the rest of the nation for education. Dan Greenstein, PASSHE Chancellor, said the proposal was a “watershed investment in the success of Pennsylvania’s students.” Beyond the need for higher education reform, some question why the state subsidizes the race horse industry in the first place. With the amount of money being funneled into the industry, about $240 million a year and new reforms, critics say the horse industry should be stabilizing and improving. However, an article in the Philadelphia Inquirer points out that even with these new reforms, the horse racing industry has been in decline for years.

Whether or not Gov. Wolf’s proposal will be passed is yet to be seen. Gov. Wolf is currently on a tour of the 14 PASSHE schools in order to endorse and discuss his proposal.

Alison Roller is a fourth-year student majoring in English and minoring in journalism. AR875447@wcupa.edu