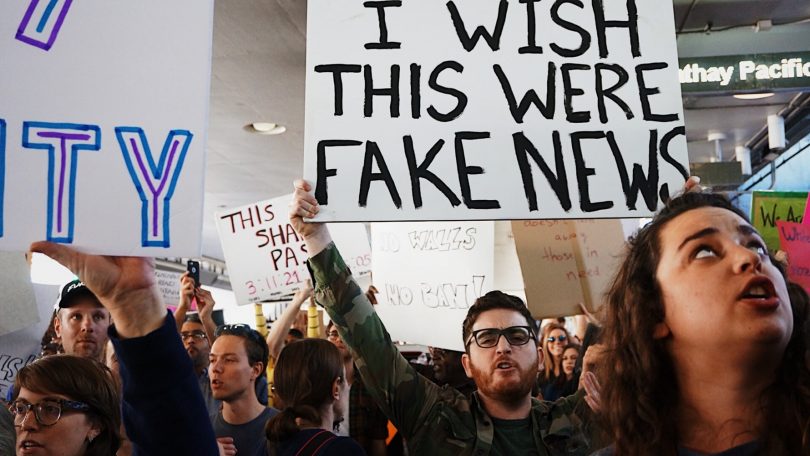 While a lot of factors come into play when discussing the lack of accountability in press organizations, I think one major facet is the issue regarding the choices that major and minor news organizations make to choose political biases over truth and factual reporting. It happens on “both sides” of the political spectrum too, across more corporate entities such as Fox News and CNN, to smaller, fringe sites that still have enough readership to appear on search engines.

Media fragmentation, or the splitting of major news organizations into dozens of smaller organizations, plays a large part in this. It becomes difficult for people to agree upon a shared reality of news and current events, and when these organizations have their own motives and biases, finding the truth becomes even harder than it ever has been before.

A good example of this has been the way that many organizations reported on Jeffrey Epstein; left-wing orgs chose to ignore his connections to Bill Clinton, while right-wing orgs chose to ignore his connection to Donald Trump. What many news organizations don’t want to touch on is the bigger picture – the “foundations’ of the story, so to speak. People want simple answers. When we look at the bigger picture of Jeffrey Epstein, he was nothing more than a powerful man with powerful connections, even if some of the details are hazy.

Where we get our information is a reflection of our own integrity and ability to think critically. “Fake news” means a lot of things, nowadays, and it’s no secret that the term comes with heavy connotations across the political spectrum. Considering who and what perpetuates “fake news” requires a step above taking information at face value, and consuming information responsibility. We’re all guilty of falling for it – but what matters is how much we seek to learn and to grow and filter out the white noise.

Accountability for news organizations is desperately needed, more than it’s ever been needed before, for both corporate news entities and smaller, independent organizations across the world. To fuel the climate of “fake news” for the sake of profit is shameful and, quite frankly, a disgrace to journalistic integrity and practice as a whole. As a journalist and editor myself, it’s infuriating to see a practice fall into such disgrace.

It becomes hard to believe that there is good journalism work being done in the world. I know that there are – journalists across the world are being persecuted and killed for the relentless work they do, even now. Journalism needs to become something that people can believe in again. That won’t happen until the nature of journalism changes from what it’s become. Profit, political bias, and other selfish motives drive journalism away from its core purpose, serving the everyday people without ulterior motive.

Samantha Walsh is a fourth-year student majoring in special education and English. SW850037@wcupa.edu

Over the past few months, groundbreaking events have changed our perspective on United States domestic and foreign policy. The massive protests of the Black Lives Matter movement...

Dear President Fiorentino,    On Sept. 13, a West Chester University student, Taylor Enterline, was arrested alongside six other people during a protest against the Lancaster...

The arena of politics is warfare. For better or for worse, that seems to count doubly for American politics; if one side relents, if they let up on their assault, if they neglect...