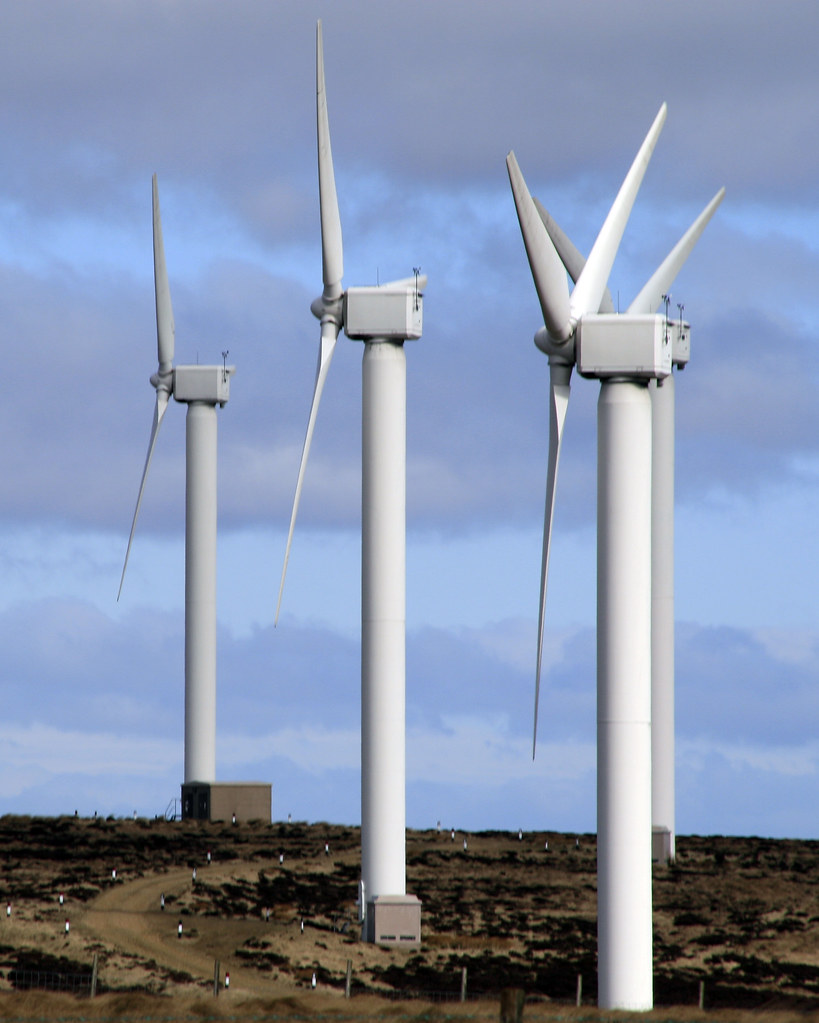 Photo: Wind turbines” by ali_pk is licensed under CC BY-NC-SA 2.0

Climate change has become one of the top issues influencing voters for the next election. All of the Democratic presidential candidates have spoken in favor of stronger environmental policies while they travel across the country campaigning for people’s votes, even though air travel creates a great deal of planet-warming emissions. For many, like the presidential candidates, air travel is unavoidable, but the top campaigners have stated they carbon offset their travel to combat the negative impacts to the environment.

Carbon offsets have become a popular option for cancelling out greenhouse gas emissions. Many companies have been created for this purpose. You pay the company a certain amount of money to buy offsets that support environmentally-friendly projects that reduce emissions. Offset costs are determined by calculating how much emissions you have created from certain activities like air travel. Some airlines give you options to buy offsets directly through them. An increasing amount of companies and nonprofits are offsetting for themselves and their customers. Ideally, you would avoid the activity that created the emissions in the first place. For many people offsetting has become a viable alternative. The aim of offsets is to make your company or yourself carbon neutral, eliminating any additions to your carbon footprint.

According to TerraPass, a carbon offsetting company, the average American produces 36,000 pounds of CO2 emissions per year. The money from offsetting some or part of your carbon footprint goes to environmental projects somewhere in the world. These projects range in focus from energy efficiency to forestry to renewable energy. The money you spend to offset a flight to California, for example, could end up funding wind turbines, efficient cooking stoves or the capturing of methane gas at landfills.

When asked about carbon offsetting, former Vice President Joe Biden, Senator Bernie Sanders, Senator Amy Klobuchar, Mayor Pete Buttigieg and Senator Elizabeth Warren claimed they are either offsetting or tracking their emissions and working on how to reduce them. According to The Hill, the Democratic presidential candidates have spent more than $4.1 million on private flights in the last three months of 2019. Sanders spent the most money on private flights than any other candidate and offset the travel by paying around $30,000 to Native Energy, a Vermont-based carbon offsets company. Biden offset some of his travel as well as did Warren, who offset with the same company as Sanders. Buttigieg,  one of the frontrunners of the Democratic primaries, who also offsets, told CNN, “I’m interested in decarbonizing the fuel that goes into air travel. I also don’t believe we’re going to abolish air travel. This is a big country. And while I absolutely think we can do more to provide alternatives, like trains, I don’t think that we’re going to solve the question on how to get around the world without air travel. . . .  Sometimes I fly because this is a very big country and I’m running to be president of the whole country.”

While the candidates and their campaign websites have been a little vague about the total amount of emissions they have created and how much exactly they have spent offsetting, their campaign policies have been very clear where they stand with climate change. In addition to mentions of the No KXL Pledge, which is committed to stopping the Keystone Pipeline, the Green New Deal and the Paris Agreement, these top five candidates have all signed the No Fossil Fuel Money Pledge to “not knowingly accept any contributions over $200 from the PACs, lobbyists or SEC-named executives of fossil fuel companies — companies whose primary business is the extraction, processing, distribution or sale of oil, gas or coal.”

Biden, Sanders, Klobuchar, Buttigieg and Warren all declared they will use executive action on day one in the White House to put their environmental policies into action immediately. This plan opposes how President Obama approached this key issue since his achievements with climate change came mostly towards the end of his second term, climate change taking a backseat to more pressing priorities. Currently, though, the climate crisis has developed into a time sensitive, internationally significant emergency, one that has to be addressed by whoever ends up winning the Democratic primary.