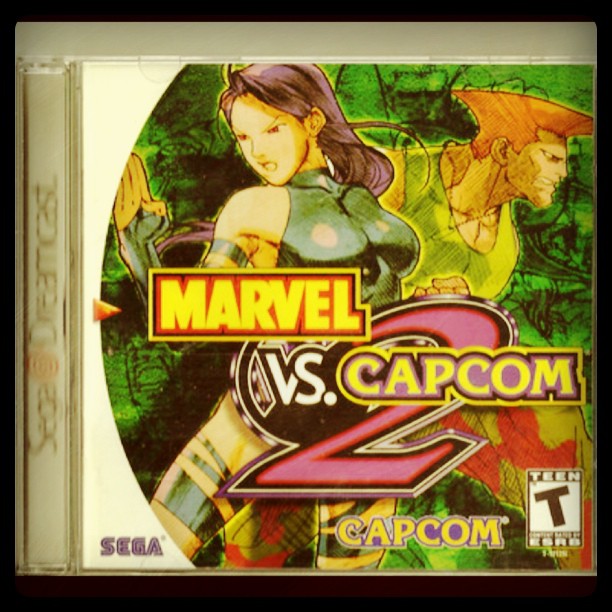 Photo: @JohnMaccuish Marvel Vs Capcom 2 for Dreamcast! Any other requests? by Mike Mozart via Flickr

Marvel vs. Capcom 2, a two-decade old game, is in the line-up of the Evolution Champion Series, commonly known as EVO, 2020.

On Feb. 4, 2020, the organizers of EVO revealed their annual tournament lineup. After revealing the typical games for the tournament, such as the most recent “Street Fighter” game and “Tekken 7,” they announced an extremely old and well-loved classic from EVO history, “Marvel vs. Capcom 2,” as their final game. That wasn’t all the details about this game’s presence in the lineup, however. The organizers then revealed that this was not only the return of one of EVO’s oldest games, but also a grand invitation to all who have won EVO for this game before – to return calling out to Duc do, Yipes, Sanford Kelly and the legendary Justin Wong, who has won EVO for this game seven out of the ten years that this game was in the lineup.

This 20-year-old game shook the fighting game community to a wave of positive community reception, from those that remember the glory days of the game’s decade-long tournament presence. Some of the most memorable moments in EVO history happened within both that decade of play and the game itself, such as Justin Wong’s famous 1v3 comeback at EVO 2007. Countless memories return, as even the history of this game runs through the roots of the beginnings of EVO as a tournament.

The game itself is a multi-character fighter game that has no doubt influenced many games of its ilk such as “Skullgirls” and “Dragonball Fighter Z.” Released in 2000, the game was picked up by EVO the same year it came out. Much like a lot of games on the EVO roster, like “Granblue Fantasy Versus,” it was a brand new game, and many people were extremely interested. The game turned out to be massively popular and thus began the decade-long reign of “Marvel vs. Capcom 2.” It even outlived many of the countless “Street Fighter” iterations that it once shared equal billing with.

The game was ousted when the sequel to the game, “Marvel vs. Capcom 3,” came out in 2011. While that game did well, it was nowhere near as popular as its predecessor. People began to complain about the lack of characters and the implementation of a new mechanic called “X-factor,” that was essentially a comeback mechanic. To this day, said mechanic is one of the biggest complaints for any fighting game. That, and “Marvel vs. Capcom 3”’s  smaller roster size, made “Marvel vs. Capcom 2” the favorite of the series. That game was then taken out in 2018 when the most recent iteration of the game, “Marvel vs. Capcom Infinite,” was almost universally seen as inferior to even “Marvel vs. Capcom 3.” The roster was even smaller, and the aesthetic of the game was universally criticized by even those who liked the game. This criticism then prompted “Dragonball Fighter Z” to take its place as the multi-character fighting game at EVO until now.

A fascinating discussion by the community at the moment is about the potential return of “Marvel vs. Capcom” to EVO as a whole –  rather than this anniversary business, due to it being 20 years since the game’s first release. This is rather unlikely considering the state of “Marvel vs. Capcom” as of late. The most recent release of a “Marvel vs. Capcom” game has been generally unwelcomed by the fighting game community. After an even smaller roster of characters that you then had to spend money to expand and the rather ugly graphics, many would most likely dislike the return of that particular version of “Marvel vs. Capcom.” However, the series as a whole has a fairly decent chance depending on the viewership and the general input by the community about the “return of the king,” so to speak. That said, this year will be a rather interesting show for the “Olympics of fighting games.”

The Evolution Championship Series of 2020 will take place in Mandalay Bay resort in Los Vegas from July 31 to Aug. 2.