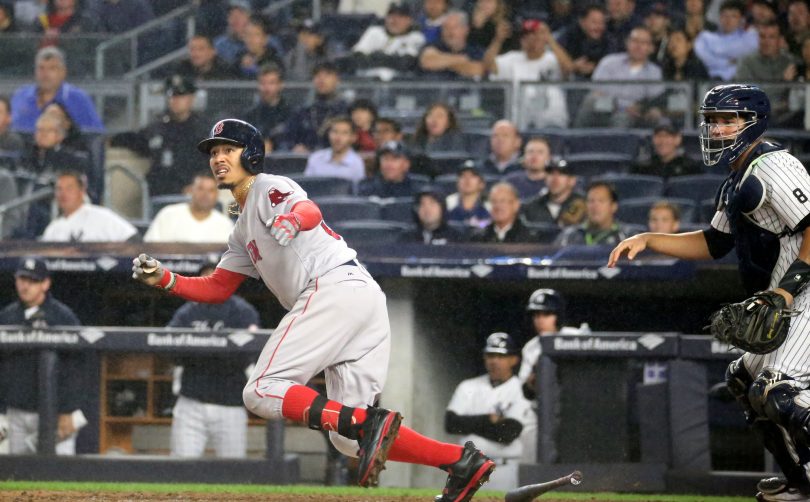 A blockbuster trade has rocked the sport of Major League Baseball. The Boston Red Sox, Los Angeles Dodgers and Minnesota Twins were all involved in what is perhaps the biggest and most surprising trade of the off-season. Here is a breakdown of all the components of the trade and the impact that this trade could have around the league.

Betts has solidified himself as one of the best players in baseball since his debut in 2014. At age 27, he has compiled an impressive resumé that includes a World Series Championship, the American League Most Valuable Player Award, four All-Star game appearances, four Gold Glove Awards, three Silver Slugger Awards and a spot on the All-MLB Team. He is scheduled to become a free agent after this season and is expected to receive a lucrative contract that will place him in the $400 million range, which was a main factor into the Red Sox decision to deal him. By dealing Betts and David Price, the Red Sox will shed a good amount of salary, which was their goal coming into this off-season as they head in a new direction.

Price was selected first overall in the 2007 draft by the Tampa Bay Rays. He has played for the Rays, Detroit Tigers, Toronto Blue Jays and the Red Sox during his career. He has won the AL Cy Young Award for best pitcher in 2012 and has made five All-Star appearances, with his last one being in 2015. He is coming off an injury-plagued season, in which he posted his second worst Earned Run Average (4.28 ERA) in his career, but he will provide the Dodgers another centerpiece in their rotation, which includes Clayton Kershaw and Walker Buehler. If he returns to his old form, the Dodgers would have gotten a steal in trading from Price.

As previously mentioned, the team acquired two young pieces in Verdugo, Downs and Wong in return. Verdugo is coming off of an impressive 2019 campaign in which he played 106 games and hit for a 0.294 batting average, with 12 home runs and 44 runs batted in. He is only 23 years-old, and his ceiling is very high as the Red Sox look to turn in a new direction. Downs was a first-round draft pick in 2017 by the Cincinnati Reds, and hit 19 home runs last season in 107 games with the Dodgers High-A affiliate. He is just 20 years old and has the potential to help bolster the Red Sox infield down the line. Wong had a batting average of .349 in Double A last year. He has a lot of power and has the potential to battle for the Red Sox catching spot if he stays consistent over the next couple seasons.

The Twins acquired Maeda, Camargo and cash from the Dodgers. Since his debut in 2016, Maeda has won 47 games and pitched to a 3.87 ERA. Carmargo has a lot of potential, but was with an organization that had impressive catching depth, with players such as Will Smith, Keibert Ruiz and Diego Cartaya leading the way. Carmago will look for a fresh start and a new opportunity in Minnesota. The Twins had an impressive off-season prior to this trade, adding pitcher Homer Bailey and All-Star third baseman Josh Donaldson. They are coming off a season in which they won 101 games, and went to the playoffs for the first time since 2010, and they will look to build on that next season.

All eyes are now on the Dodgers, as many fans and analysts are predicting that they will be the team to beat going into the 2020 season. 30 teams go into the season with World Series aspirations, and only one will take home the crown. The Dodgers have not won a championship since 1988, and only time will tell if the drought will come to an end this season.