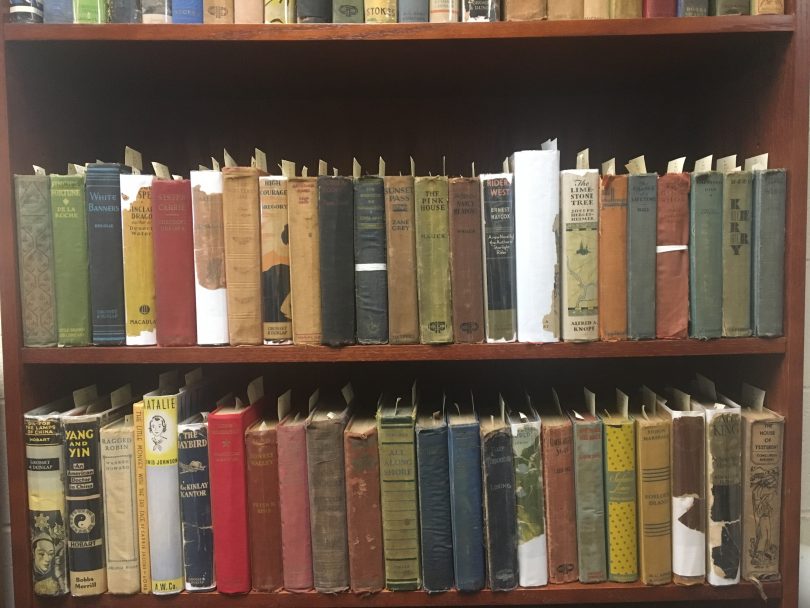 Stored online and on the 6th floor of the library are enormous amounts of history preserved as archival documents. Hidden among the saved newspaper issues, yearbooks, photographs, faculty papers and other artifacts are the stories of black students at West Chester University.

This semester, Dr. Michael Burns and Dr. Randall Cream are co-teaching an English seminar titled Race(ing) the Archives: Genealogical Memory and Unforgetting the Lives of Black Students. The purpose of the seminar is to unite archival theory, critical race theory and digital archival practices to help students become effective composers and critics of the historical now.

Students of the class delve into the lives of past black students to locate artifacts to be saved and shared digitally, changing our current and future history at West Chester by making the artifacts more accessible to the public. Throughout the semester, this column will share the discoveries made in this seminar since the past experiences of black students deserve to be recognized and shared.

The first artifact I chose to feature is an article from “Quad Angles” (one previous name of The Quad newspaper). The article titled, “Experiences of Blacks at West Chester State” was written by Claudie Rohlfs, published on Feb. 18, 1975 in Vol. 43 No. 18 of the newspaper. The article was published in a special section of the newspaper dedicated to celebrating the year’s Black History Week.

The section included a collection of stories about black history and experience by students taking an Afro-American History class taught at the time by Professor Andrew L. Dinniman. Other articles featured include titles such as, “Do College Teams Discriminate Against Blacks,” “The Black History of West Chester” and  “To Marcus, Malcolm and Martin.”

The article cited 1961 as the year when the last major barrier for blacks was destroyed. At this time, the first black faculty member of the PA state system started to teach at West Chester as the head of the teaching program— an incredible achievement since West Chester was and is known for its teaching program. The article also mentions Ruby Jones, a black faculty member at West Chester and the namesake for Ruby Jones Hall. Ms. Jones was a 1940 graduate of West Chester who returned to teach in 1961. She stayed until her retirement in 1972. Ruby Jones Hall got its name in 1978 after renovations to the building, three years after the publishing of this article.

According to the article’s author, the 103 years of black student history at West Chester was “characterized, at times, by racial ambivalence directed toward Black students.” From the time the first black student enrolled at West Chester, the university was and still is a Historically White College and University (HWCU) with about 22.3% of the campus body as students of color currently.

Next to the article by Claudia Rohlfs is a short poem by Nathan L. Gadsden titled “Black Sheep-White Ram.” Gadsen skillfully illustrates how it feels to be persecuted against with profound lines such as “A universe of heartlessness/ Striving to smight us from existence.” The poet finds solace in others, writing “And identity we find/ In drawing to each other.” The title of the poem itself has poetic significance: “White Ram” represents how WCU is a historically white university and “Black Sheep” associates feelings of being an outcast to black students. Sheep are also representative of innocence and vulnerability. The ram and sheep are both of the same family though very different in their living experiences.