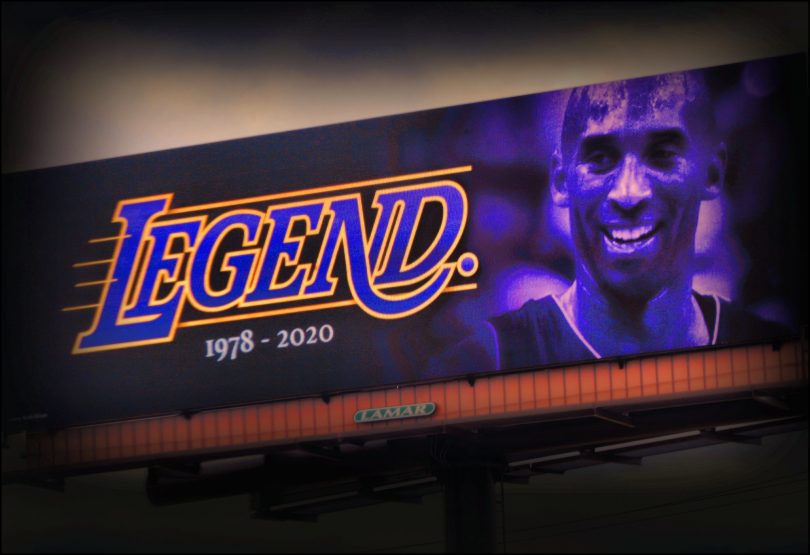 This past week, the entire sports world suffered a loss that we all thought we’d never see. Last Sunday, Jan. 26, Kobe Bryant and his daughter, Gianna Bryant, as well as seven others, perished in a tragic helicopter crash in Calabasas, California.

What happened that day hit the world with a massive gut punch, as if everything and everyone just stopped for that moment. Unfortunately, it all started thanks to a TMZ report early that morning, in which every major news station began to cover it as the day went on. It didn’t feel real. It wasn’t right. Why Kobe? Why his 13-year-old daughter, why them and the others who just were living their normal lives? It shook the entire world to their core, causing people to rethink their own issues, even their own lives.

That morning, Bryant and company were on their way to his Mamba Academy, which was not too far from the Bryant household to see Gianna and her friends play in their basketball game. Those who were at the Mamba Sports Academy already were struck, as videos across social media have shown Gianna’s teammates and all others looking heartbroken and shocked.

The Los Angeles Lakers, Bryant’s 20-year home in the NBA, went dark for several days, as even the NBA themselves canceled the Lakers v. Clippers game this past Tuesday so they could have more time to grieve. This was monumental, because this was the first time the NBA formally postponed a game since President Kennedy’s assassination in 1963. However, within all the sadness and grief, many NBA teams played on.

Each NBA team across the league held tributes for Bryant and the victims, with gestures such as 24-second moments of silence, 24-second shot-clock violations, and 8-second back-court violations in honor of the two numbers Bryant wore, No. 8 and No. 24.

As many teams continued to play through the grief, the tributes continued. Several players made tributes of their own to the Mamba, such as Atlanta Hawks point guard Trae Young, who went for 45 points after taking 24 shots, and Phoenix Suns guard Devin Booker, who went for 36 points on 24 shots. In total, their point total went to 81, which reminds us all of Kobe’s 81-point game against the Toronto Raptors in January of 2006. As the turn of a new week began, the many other teams who were scheduled that evening held similar tributes, but one that comes to mind is from where Bryant is from: the Philadelphia area.

The 76ers held a tribute for Bryant when they faced against Golden State, shining nine lights on the court, a 33-second moment of silence signifying Kobe’s high school No. 33, nine bells that were rung in honor of those lost, and an 8-second and 24-second violation to start the game. The Lakers also returned to the court for the first time since the tragedy this past Friday against the Portland Trail Blazers, as they held a pre-game memorial for Bryant and those lost, as well as a halftime salute by singers Charlie Puth and Wiz Khalifa with their song “See You Again,” and with remarks by LeBron James. No matter if you were a Lakers fan, a Kobe fan or just a basketball fan, all of sports suffered a loss of a legend this past week, as well as several other families who lost their loved ones.

Kobe Bryant was an icon for our generation and inspired the next generation of basketball players, including his very own daughter Gianna. Rest in peace Kobe, Gianna, John, Keri, Alyssa, Sarah, Peyton, Christina and Ara. The world will never forget about each and every one of you, and Kobe, we will never forget what you’ve done for basketball.