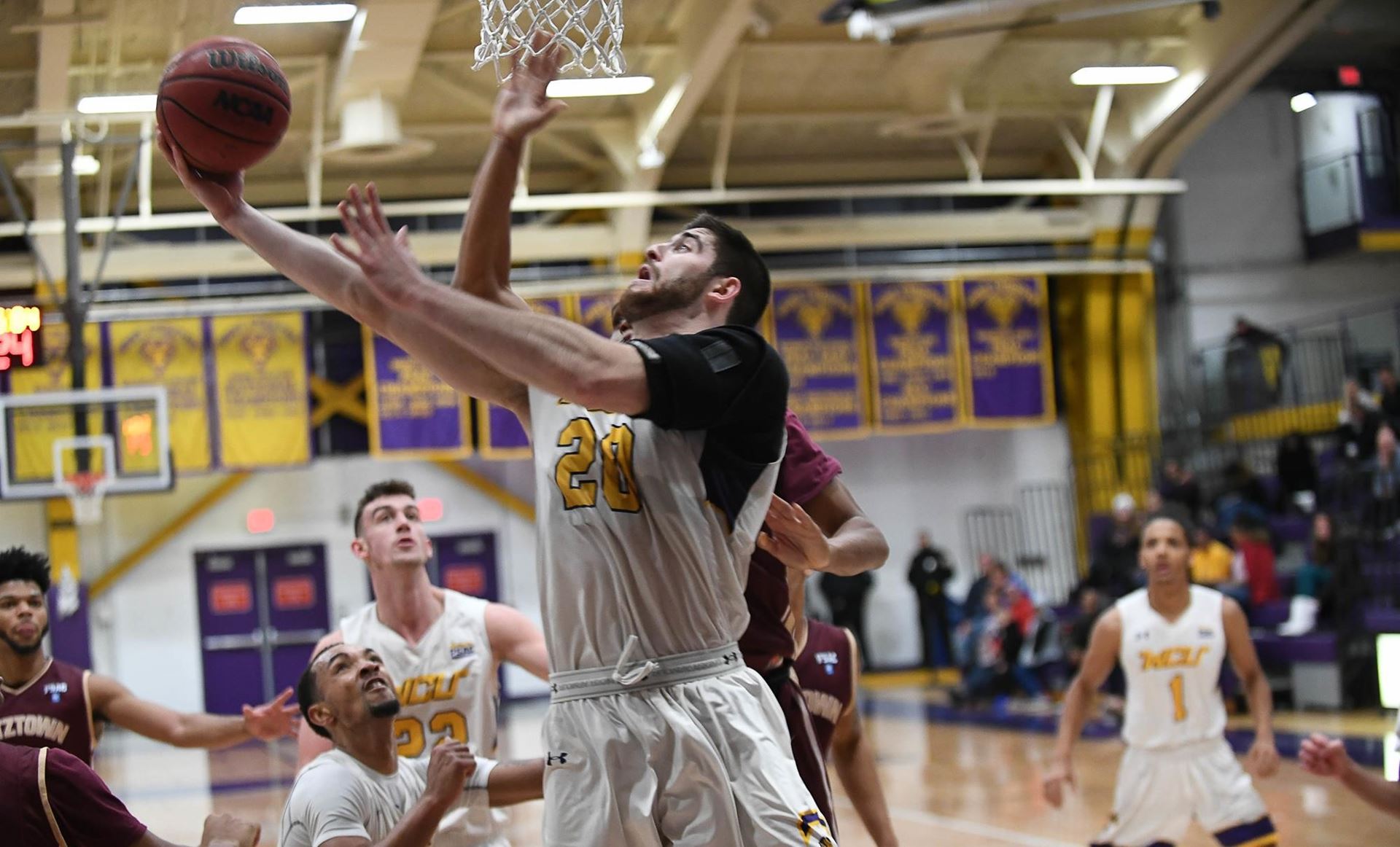 West Chester University men’s basketball got back to its dominant ways on Saturday with an 89-58 defeat of Pennsylvania State Athletic Conference opponent Mansfield University.

The Golden Rams advance to 15-6 overall and 9-6 in PSAC play with the win. The Mounties drop to 5-15 and 4-11. WCU is tied for second in the PSAC East Division standings with Millersville University but sit below the Marauders because of the head-to-head tiebreaker. The Golden Rams have seven games left to play in the regular season and are primed to clinch a spot in the PSAC tournament that runs from March 2-8.

A good layup by senior center Tim Toro (Scranton, Pa. / Abington Heights) sparked a 12-0 run that had West Chester ahead 20-7 with 12:11 left in the first half on Saturday. The game was never close again, and the Golden Rams led by 39 when senior guard Malik Jackson (Lansdowne, Pa. / Penn Wood) drained a three-pointer with 13:36 left in the second half.

Freshman guard Robbie Heath (Whittlesea, Australia / Abington) raised his PSAC-best season scoring average to 22.7 with a game-high 23. He made 9-of-12 field goals and grabbed a game-high eight rebounds. He leads the Golden Rams at 7.4 rebounds per game this season.

Toro chipped in with 18 points, and junior guard Colin Daly (Havertown, Pa. / Archbishop Carroll) had a season-high 16 in just 13 minutes on the floor as he made 4-of-5 shots from beyond the three-point arc. Daly also had a team-high and season-high three steals.

More than half of West Chester’s 15 wins this season have come by double-digit point margins. The Golden Rams shot a season-best 54.8 percent from the floor against Mansfield.

The Golden Rams head to Shippensburg for a pivotal PSAC matchup with the first place team in the PSAC East on Wednesday at 8 p.m. The Raiders handed the Golden Rams their first loss of the season, 79-70, at Hollinger Field House on January 8. Shippensburg is 17-4 overall and 13-2 in PSAC action this season.