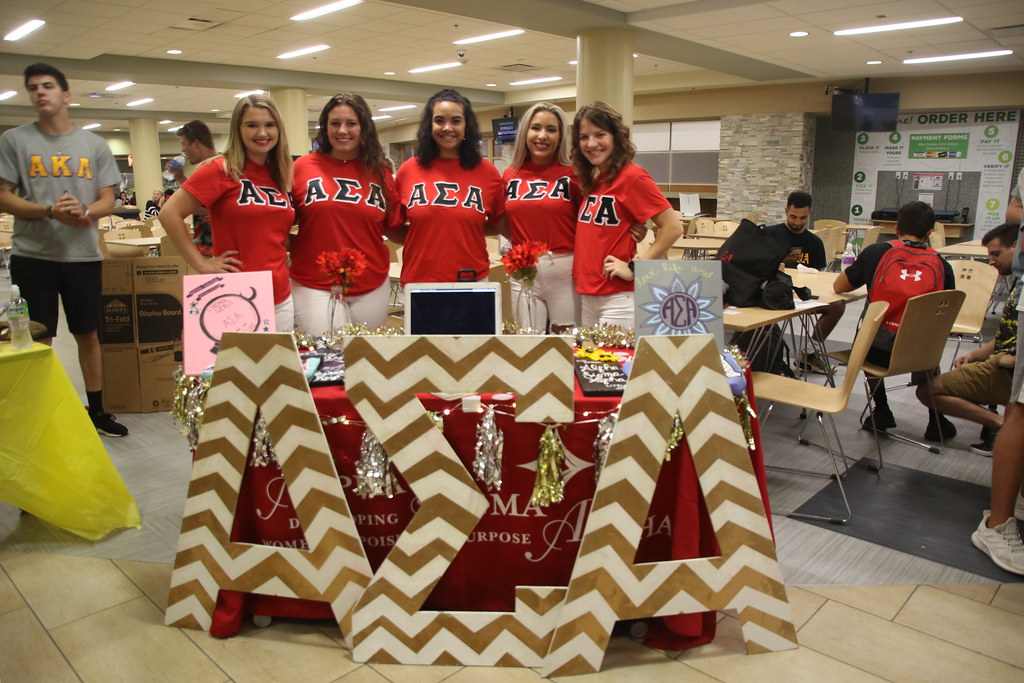 In 2019, there were approximately 3,250 collegiate sorority chapters within the United States. Located on over 670 campuses with more than 400,000 undergraduate members, sororities are a much sought-after and coveted aspect of college social life for many young American women. At West Chester University alone, there are 17 chapters, and their member count is on the rise due to the start of the spring semester recruitment process.

Like most campuses, the majority of Greek organizations at West Chester University hold biannual formal recruitments which start just shy of the beginning of each semester. The recruitment process is essentially a meet-and-greet spread out into four different rounds, all of which lead up to Bid Day. The rounds order themselves from informal to formal; sorority chapters meet their PNMs (potential new members) and the rounds narrow down which chapter each PNM gets called back to. A surprisingly straightforward process, the four rounds of recruitment are essentially designed to help hopeful new members and chapters alike find their best fit.

What exactly are the 4 rounds?

The first round of the recruitment process started the weekend of Jan. 18, just a few days before the start of the spring semester. During the open house, PNMs are required to meet with every sorority that participates in the formal recruitment process. Separated into groups, the PNMs visit each of the different rooms which have been designated for each sorority. The most informal of the four rounds, the open house, allows PNMs to get a feel for the organizations and their overall philosophies.

It’s also here that the narrowing process begins. In what’s described as a “ranking system,” at the end of each round the PNMs rank all of the sororities they met that day (in this case, at the open house) and the chapters do the same for each PNM. Done on a scale-like format, each sorority and recruit is ranked according to personally seen aptitude, which means that sometimes PNMs are called back to chapters that they didn’t rank highly. It’s not until the morning of each subsequent round that PNMs receive a list of which chapters they will meet that day.

In a slight continuation of the open house, the second round of the recruitment process focuses on the sisterhood found within each sorority chapter. This time, PNMs are not required to visit every chapter, but rather, only the ones that peaked aptitude and interest. Following the Greek life philosophy of community service, Round Two provides PNMs with the opportunity to learn more about each chapter’s individual service projects, and to learn what exactly the sisters of said sorority do together in terms of hosted activities.

The third round of the process is narrowed down to learn about the philanthropic activities and events that each sorority holds. Keeping in mind that the PNMs have now been significantly narrowed, Round Three is also the time that the sisters of each chapter explain why they chose the sorority that they did.

The longest and most emotionally connected of the four rounds, the preference round is about spending a significant amount of time with your now-narrowed chapters. In a very personal event, members read stories and letters about their experiences, and it’s during this round that PNMs make the final decision for their first preference.

Emma Bickerstaffe is a third -year English writings major with minors in journalism and anthropology. EB891492@wcupa.edu