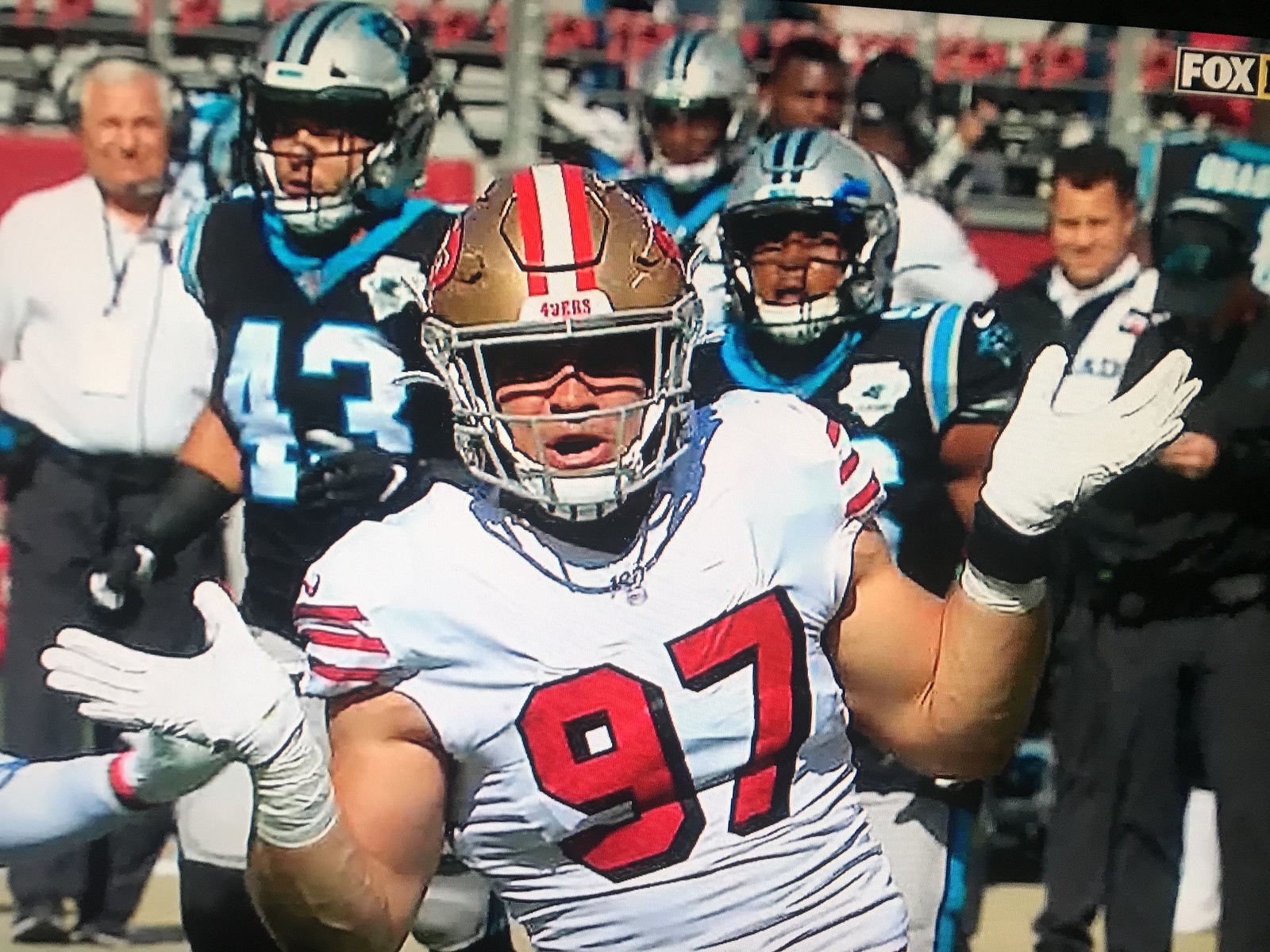 Well, it seems that the 100th NFL season is nearing its end.

Unfortunately, after the Super Bowl’s end and the champion crowned on Feb. 2, life will go back to normal. However, until then we have two teams left in the dance. Let’s find out who they are.

First off, are the AFC Champions, the Kansas City Chiefs. Man, is this team special.

With a revered coach in Andy Reid making his second Super Bowl appearance as a Head Coach (third in the NFL), and a superstar Quarterback in Patrick Mahomes making his Super Bowl debut, it all seemed to click for this Chiefs team. Over the course of the season, they’ve had to fight many battles, such as Mahomes’ dislocation of his right kneecap back in Nov. 2019. The fact that their strength of schedule was as tough as ever surely made that last month of the regular season one to remember.

They proceeded to run the table and won the AFC West yet again, sweeping the rest of the division in December to take the crown. Not only did they do that, but with Miami beating New England in Week 17, the comeback sealed their first-round bye and the number two seed in the AFC.

In the Playoff Divisional against a motivated Houston Texans team, the Chiefs were being beaten on all sides, as the Texans proceeded to batter the defensive front and secondary of Kansas City, as by halftime the Chiefs were down 24-0. It seemed like every other Chiefs team, being beaten down and eventually being advanced by greater teams who put them out to pasture, but this team was different.

Mahomes and company proceeded to put seven straight touchdown drives on the field, as the Chiefs came back to win 51-31. In the AFC Championship, the red-hot Tennessee Titans came into Arrowhead with the confidence that they could get to Miami, but the Chiefs defense quickly shut that down. Derrick Henry was held to just 69 yards rushing that day, as the Chiefs put the clamps on the Titans to get to the Super Bowl. Now, for their opponent, the timeless San Francisco 49ers. The first seed in the NFC, with a revamped defense and a roaring offense, the 49ers came out like a freight train in the NFC this season.

With 13 wins, the 49ers asserted their dominance over the NFC early, as they proceeded to go 9-0 before losing in an overtime thriller to Seattle in November.

They proceeded to win five out of their last seven games of the season, finishing with a solid 13-3 record, locking up the NFC West and the number one seed in the NFC.

In the playoffs, the 49ers held a home stand in Santa Clara, hosting the Minnesota Vikings in the Divisional Round, routing them 27-10 and then proceeding to completely curb stomp the Green Bay Packers in the NFC Championship 37-20.

To win Super Bowl LIV (54), these teams will have to outcoach and outplay each other severely. The defense of the 49ers will put a beating on Patrick Mahomes, but I still think that it will be a high scoring nightmare for the defensive side of the ball, just like two years ago in Super Bowl LII (52). My pick for this game will be San Francisco in a grudge match, 35-21.

Jeffery Babcock is a third-year student majoring in communications and minoring in journalism. JB884128@wcupa.edu.