Old faces coming back: a look at week 11 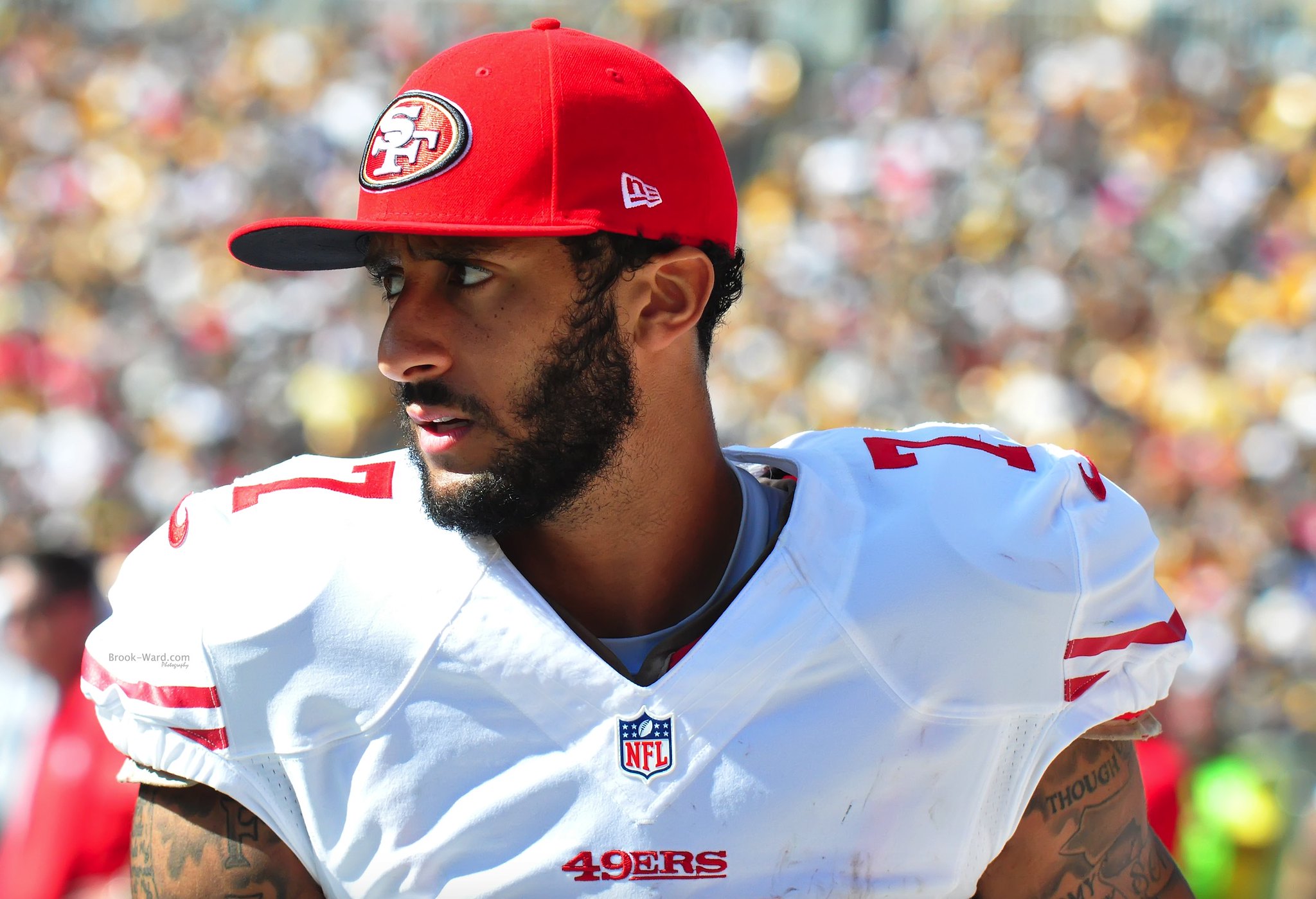 Let’s talk about Colin Kaepernick. Now we good folk here in The Quad’s sports edition aren’t big fans of politics. If it’s hot-button topics you’re looking for, then the political editorials were a few pages back. That being said, when the name Colin Kaepernick comes up, the conversation surrounding it is just as much one of statesmanship as it is of football. For those who don’t recall, what is now over three years ago, Kaepernick was the starting quarterback for the San Francisco 49ers. During the team’s preseason (specifically beginning in a Friday night game against the Green Bay Packers), Kaepernick took a knee during the playing of the national anthem. According to the QB, this was a form of respectful and peaceful protest to make the point of racial oppression in the United States being far too prevalent for him to pledge to the flag. I’m not here to comment on the various social and patriotic implications of this act. I only care about the game, but at the time, the media was up in arms by this act. There was enough negative media around Kaepernick, that when the sixth year QB opted out of his contract after a disappointing 2-14 season, nobody would sign him.

Fast forward three years. Tempers have cooled, and the NFL announced that it would host a private practice during which interested teams could get a look at and scout Kaepernick. Colin told the media that “[He’s] been in shape and ready for this for three years,” after word got out. If this is true, then let’s put aside all the social baggage and examine the man as an athlete.

For one bold team Colin Kaepernick might be the cure for this years infamous quarterback plague.

There are 32 starting quarterbacks in the NFL. Safe to say, they’re not all superstars. For today’s purposes, we’re going to judge them based on three stats, Pass Completion Percentage (Cmp%), Average Offensive Yards per 16 games, and Touchdown to Interception Ratio (TD/Int). In Kaepernick’s six active years, he put up 59.8% completion, average 2845 yards and a 2.43 TD/Int ratio. Of the 32 starting quarterbacks in the NFL, only six are better than Kap in all three of these categories (Wentz, Wilson, Watson, Rodgers, Brady and Mahomes). This means that in one way or another, Kaepernick’s presence alone could improve a whopping 26 teams. Despite this, a majority of parties have still been hesitant, with only about 10 teams being confirmed to attend the practice thus far. With the high stakes of modern football, this level of disinterest seems almost shocking.

The Eagles called upon Jay Ajayi, who has just recently recovered from an ACL injury during a Week Five game last season.

The workout is scheduled for Saturday, Nov. 16 after word starts to spread, perhaps the former 49er’s long hiatus is finally over. He certainly has the skills to perform at the professional level, and depending on his new found level of activism, he might just be back in a job. For one bold team, Kaepernick might be the cure for this years infamous quarterback plague. Only time will tell.

Things are starting to feel like the old days for Eagles fans. As another wave of injuries plagues Philadelphia (notably the full season loss of WR DeSean Jackson (core muscle injury), and RB Darren Sproles (hip), the Birds are looking to fill holes with a few familiar faces. First off, to replace Jackson, the Eagles have recruited WR Jordan Matthews. Loyal fans will recall the five years Matthews spent in Philly (aside from a brief stint in Buffalo), during which he logged over 3000 yards and averaged 12.1 yards per reception. Doug Pederson hopes that this fifth year player will provide the same field stretch advantage that Jackson gave the role.

The most recent readdition, however, is that of Jay Ajayi. After a painful series of injuries and complications, Darren Sproles was ruled out for the season with a hip injury that will most likely end his career. In his place, the Eagles called upon Jay Ajayi, who had just recently fully recovered from an ACL injury during a Week Five game last season against the Vikings. Ajayi’s advanced skill set, the team hopes, will restore them to the all out rushing force they were just two years ago when their offensive front was headed by the now retired LeGarrette Blount.

The Philadelphia Eagles’ new additions will be thrown directly into fire, with their first game back a homestand against the 8-1 New England Patriots. We’ll see if these old faces are enough to light a new fire under a team in a tight divisional playoff race. The Eagles certainly hope so.

Note: This article was written before the events of Saturday. The Kaepernick situation with the NFL has since changed drastically, with Kaepernick changing the location of the workout and releasing a statement.

Matthew Shimkonis is a first-year student majoring in history. MK925373@wcupa.edu