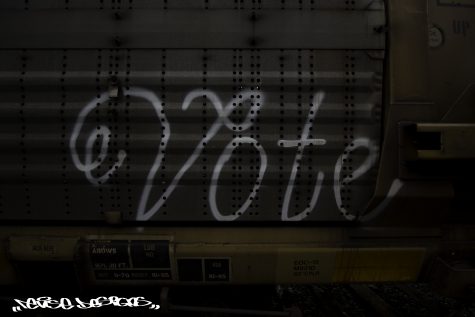 The drastic increase in student voter turnout that emerged in 2014 has continued to grow exponentially, suggesting a possible benefit to democrats and a devastating loss for republicans. In response, states like Texas and Florida are eliminating access to the polls.

According to Tufts University’s Institute for Democracy and Higher Education, “40.3 percent of 10 million students voted in the 2018 midterm election.” That’s double the turnout from 2014 and quadruple the turnout of most midterm results in the past one hundred years.

The 2016 election left the country in a state of division; however, students remain united in their conviction to vote. Unlike their parents and predecessors, young people are flexing their political muscle at a much younger age and casting their vote at the ballot box. Republicans are responding by limiting their access.

Battleground states like Texas, Wisconsin and Florida are cutting off voter access to popular progressive candidates like Beto O’Rourke and Julian Castro along with important state referendums on healthcare, the minimum wage and industry regulations that affect the environment. This year, Texas has already closed 10 university early voting centers in Austin alone. Florida’s republican Secretary of State eliminated early voting centers at all of their state universities in 2014, but was then rebuked by the state’s supreme court and ordered to reopen the centers, only to reinstate the law this year and strengthen it with a new law limiting student parking access at the municipal level.

Last year in Georgia, Stacey Abrams, a popular African American progressive candidate running in the gubernatorial race against Brian Kemp, the republican secretary of state, who was personally responsible for the oversight of the state’s election processes, was impeded by his limitations on public access. Kemp purged voter rolls, closed access to early voting centers and shut down polling places in communities of color in his attempt to limit “voter fraud,” an allegation that has yet to be validated.

States like North Carolina and Wisconsin have enacted confusing student-voter ID laws to clamp down on alleged voter fraud as well. After thorough investigations by the Elections Research Center at the University of Wisconsin-Madison,  director Barry Burden said, “no cases of intentional voter fraud have ever been recorded in Wisconsin history.” His findings reflect similar discoveries across the nation.

What has been recorded is a large turn-out of young student voters who support progressive candidates and policies.  According to the Pew Research Center, in 2016, New Hampshire elected a female democratic senator by just over 1,100 votes and a democratic governor by only 10,000. In a state with over 500,000 university students, those findings are particularly challenging for GOP candidates.

Pennsylvania has its own challenges. As a state, PA finances county election agencies to provide efficient ballot access and guarantee student participation but election practices are decided at the precinct level and follow county regulations. Some counties have attempted to limit voter access with similar identification requirements stipulated in other states. In 2014, the Pennsylvania Supreme Court struck down ID regulations as unconstitutional but confusion at some polls continues. To be clear, asking to see ID at the polls before you vote is illegal.

WCU provides ample locations for students to access the polls. However, voters must cast their ballots in the correct precinct. You can find your polling location on your voter registration card, the WCU student services webpage, or on the website, votespa.com. Sometimes there are multiple precincts in one polling place, be sure to confirm your precinct ahead of time and make sure you get in the correct line. The polls open at 7:00 a.m. on Tuesday, November 5th.

Here are a few locations for residents on campus:

April Strunk is a third-year student majoring in political science and media and cultures. AS938710@wcupa.edu.

In an effort to curb some of the confusion around recent plans for the consolidation of six universities, the Pennsylvania State System of Higher Education’s (PASSHE) system...

It’s been less than a week since the trial of former Minneapolis police officer Derek Chauvin came to a close. After over a month of defense, deliberation and prosecution...

In spring 2020, West Chester University, among other colleges, closed in efforts to prevent the spread of the coronavirus. A year later, students can look forward to rejoining the...